This is an interesting property that I discovered when doing a few problems but the solutions didn't prove it. After drawing several triangles and their in- and excircles, it seems to be true that the midpoint of the intouch and and extouch points is in fact the midpoint of the side of the triangle.

As another question, if anyone can prove that the antipode of the intouch $D$ which I have labeled as $U$ in the triangle below is collinear with the exsimilicenter $A$ and $D'$ that would help. Finally, is it also true that $A,U,D',$ and $I_a$ are collinear or just $A,U,$ and $D'$? 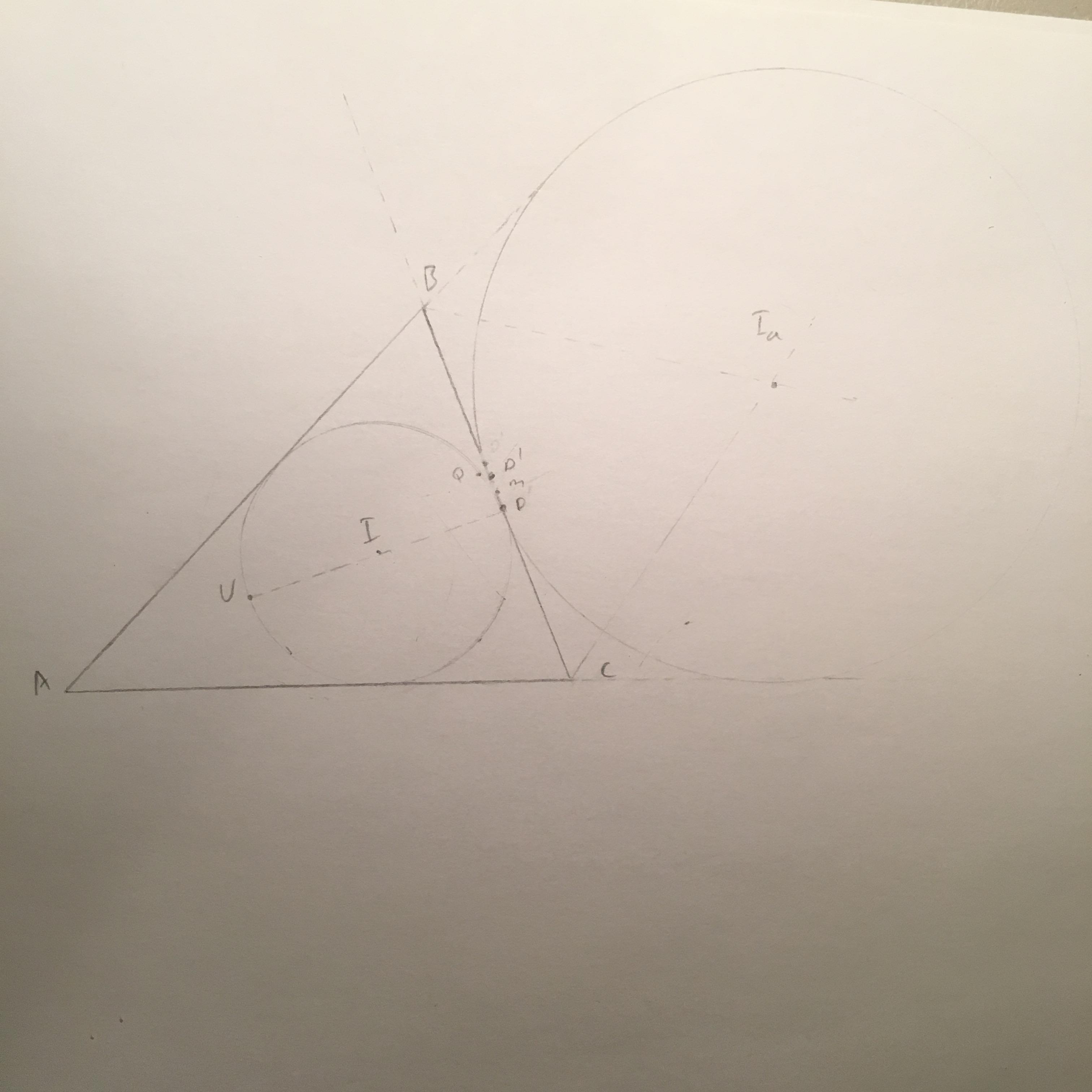 I will answer the first question.

This is easy to prove using just one basic idea: when a circle is tangent to two sides of an angle, the distance from the vertex to each of the points of tangency is the same.

For the second question, the dilation $h$ with centre $A$ taking $I$ to $I_a$ transforms the incircle into the excircle. It also transforms line $ID$ into a parallel line passing through $I_a$. Since $ID$ and $I_aD'$ are both perpendicular to $BC$, the image of line $ID$ must be line $I_a D'$. Points $U$ and $D$ are the intersections of the incircle with $ID$. They must be carried by $h$ to the intersections of the excircle with $I_a D'$. Since $h$ has positive ratio, $U$ must be carried to $D'$. This proves that $A, U, D'$ are aligned.

Ia is not collinear with the other three, unless the triangle is isosceles. As an aside, the points A, D, and U’ are also collinear, where U’ is the antipode of D’ with regard to Ia. Also, $DU\parallel D'U'.$