Question: Why is the squared error most often used for training neural networks?

So we have an expression for $\frac{\delta{e_j}}{\delta{w_k}}$ which can be used to guide the iterative refinement of the weight $w_k$ so that $e_j$ moves towards zero.

So what's wrong with this analysis? And why do so many textbooks, papers and guides not explain their choice of the squared error as a cost function?

I've looked through dozens of papers, dozens of website guides, and about 10 properr textbooks.

Sum of squares is quite standard cost function in linear regression modelling. For multivariate classification, more commonly cross entropy is used, in addition to the softmax formula applied to the multivariate output.

When it comes to your question, I will base my answer on the assumption that what you are proposing here is the usage of the new (simpler?) error function: $Cost = (target - output)$ (written in the vector form). (Sorry, I do not have reputation high enough to ask you for a clarification in the comment.)

Suppose we are using sum of squares cost function, with one training sample in online learning:

So when we put (4) into (1), we would have the following weight update:

Instead, if we would use the error function $Cost = (target - output)$ and modify formula (1) as follows:

As you can notice, derivatives would not be proportional to the difference between the predicted (output) and true (target value) output. In my opinion, there is nothing wrong there, but with first approach, formula (1) is consistent and it works with many cost functions, and what is more important, the learning process is faster as the updated weights will not oscillate around optimal solution - as the learning converges derivatives are smaller and smaller (I did not try to simulate this.)

Understanding this answer demands some basic familarity with probability and gaussian distributions. If you are commfortable with these topics, then continue, else first look up for them in the internet and then come back to this answer.

The mean square error is a consequence of performing maximum log-likelihood estimation over the conditional probability distribution of the output. Maximizing the log likelohood is same as minimizing binary cross entropy between the true data generating distribution and the distribution learned by the model. Since this question is not about explaining cross entropy, I'll give a reference and skip that. https://rdipietro.github.io/friendly-intro-to-cross-entropy-loss/

What is maximum likelihood estimation ?

Maximum likelihood estimation (MLE) is a method of estimating the parameters of a statistical model, given observations.

The maximum likelihood estimator can readily be generalized to the case where our goal is to estimate a conditional probability P(y | x; θ) in order to predict y given x. This is actually the most common situation because it forms the basis for most supervised learning. If X represents all our inputs and Y all our observed targets, then the conditional maximum likelihood estimator is 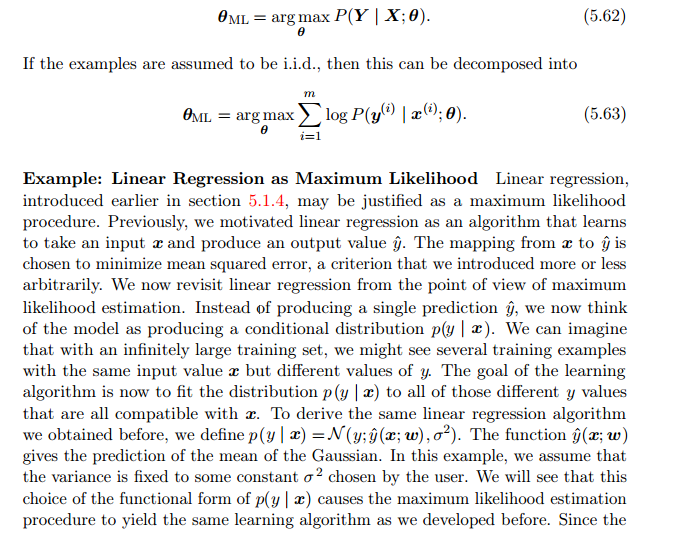 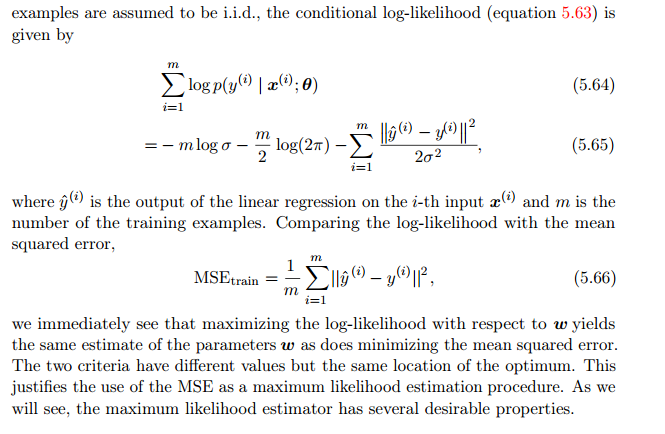 The above screenshots were taken from the Deeplearning book by Ian Goodfellow et al. To read more about estimators read this chapter: http://www.deeplearningbook.org/contents/ml.html

Now we have the base to consider maxmimum likelihood estimation in the context of neural networks. 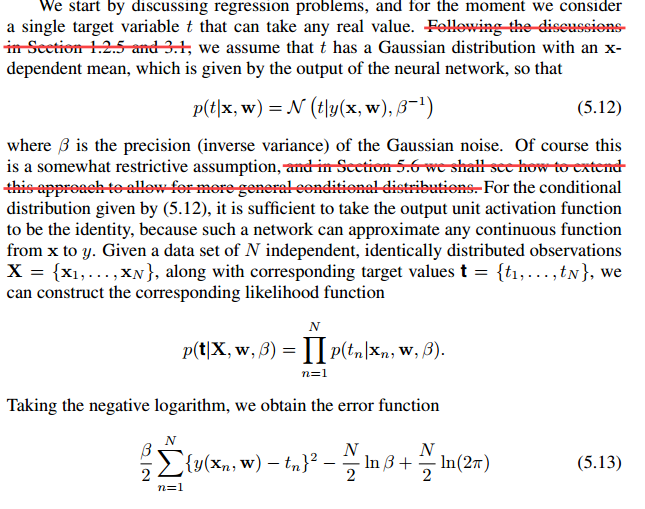 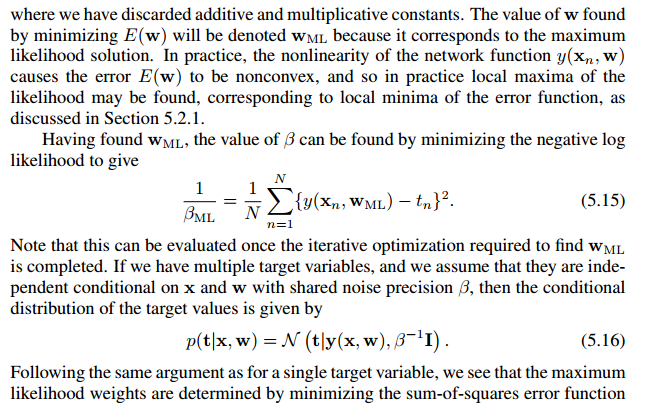 The above screenshots were taken from book: Pattern recognition and machine learning by Bishop.

Hope this helps in understanding use of mean squared error in machine learning. If you have any queries or issues regarding this answer, please write them down in comments.

Sum of squares is a usual way to turn multiobjective optimisation (we want all the nodes to have low error) to single objective (we optimise over a single number) , which is much more convenient for usual optimisation like gradient descent.

Since the error is not expected to be zero everywhere, the squares expresses that we would like the errors to have similar values (rather than having some nodes with very small error and others with very large). Scale is an issue in this reasoning, but since the output nodes values are bounded by sigmoidal functions this is not an issue.

Sorry if I am being simplistic, I wrote this on my mobile, just to provide some intuition, not a complete answer

The key here is that we're not minimising it, we're trying to get it to zero - from both directions.

Not the answer you're looking for? Browse other questions tagged machine-learning artificial-intelligence neural-networks or ask your own question.

7
Neural Network - Why use Derivative
0
derivative of cost function for Neural Network classifier
1
Paradox of square error function and derivates in neural networks
0
Study the convexity of Mean Squared Error with regularization
0
What is the correct formula for updating the weights in a 1 hidden layer neural network?