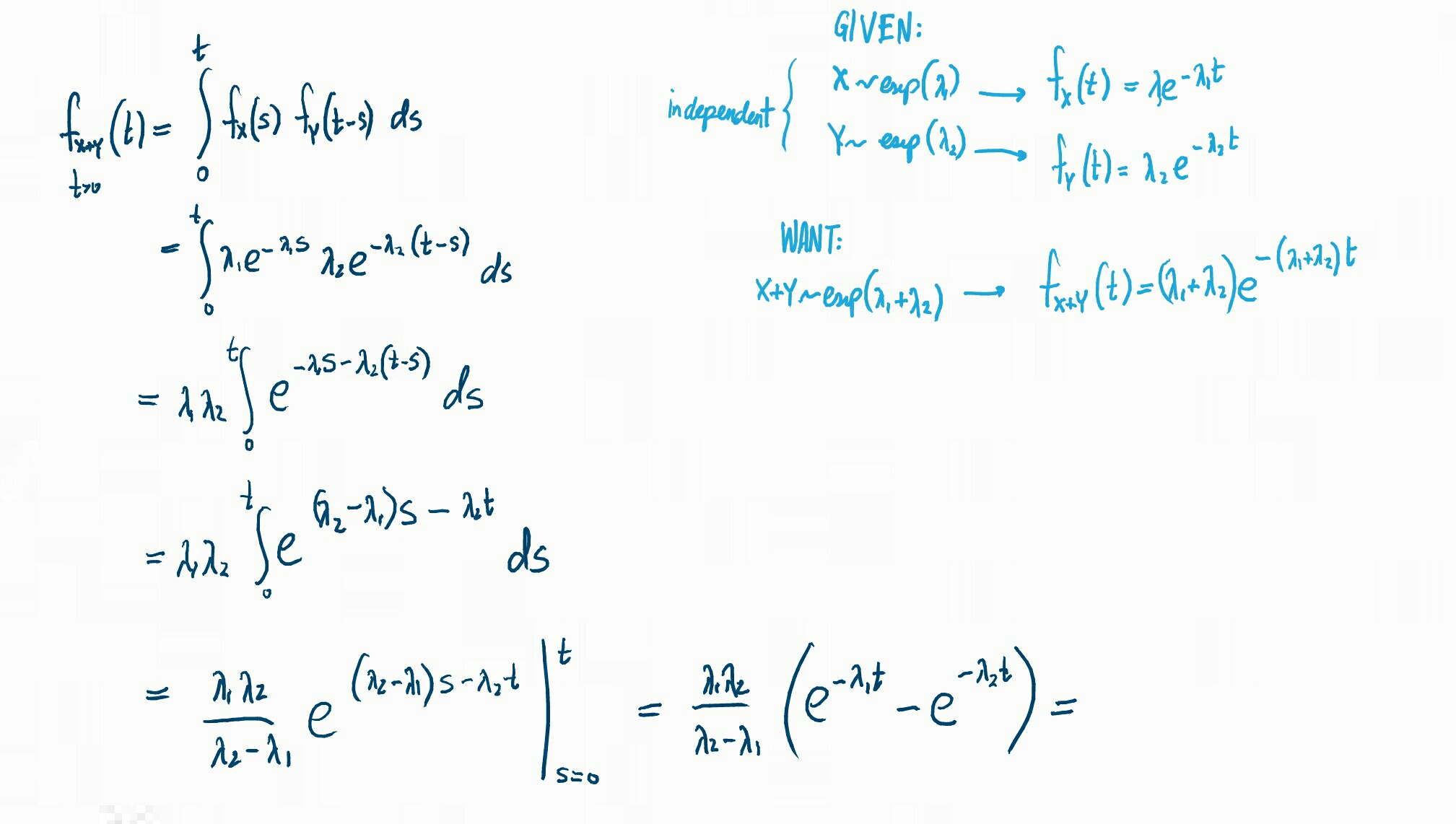 If $\lambda_2=\lambda_1$, you will obtain $\Gamma(2,\lambda_1)$, which follows easly using moment generating functions.

Remember that the exponential distribution is memoryless. Your standing by the road measuring the time between when a car passes and when the next one passes. The probability that you need to wait another minute does not depend on how long you've waited. But not suppose you're measuring the time until the $20$th car passes, and there's an average of one per minute. After $25$ minutes the $20$th car car hasn't passed yet and you don't know whether the first car or the $19$th has passed yet. Now the probability that the $20$th car comes in the next minute is higher than if you had waited only two minutes so far, because the probability that the first $19$ cars have already passed is much higher than it would be after just two minutes. So this is not a memoryless distribution. If the sum of independent exponentially distributed random variables were exponentially distributed, then this distribution would be memoryless.