What Does "Same Algebraic Structure" Mean?

That would be great if you could explain it with some examples of groups with the same structure and groups with different structure.

The Klein four-group is another group with $4$ elements but it is not isomorphic to these ones, because the diagonal is always $1$. They don't have the same structure. 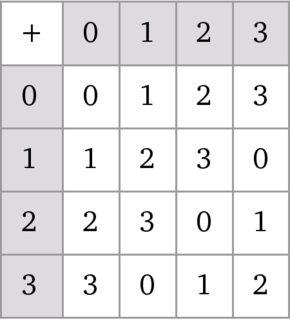 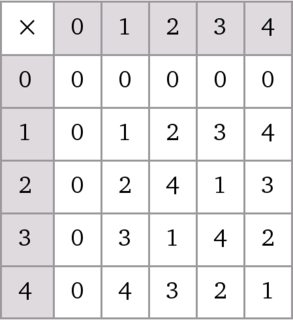 As Crostul said in the comment above basically two groups have the same structure if they are isomorphic.

To prove that two structure $A$ and $B$ are isomorphic one have to provide a bijective mapping $f \colon A \to B$ that satisfies the condition above for every operation of the underlying structures.

You can think an isomorphism as a dictionary, it renames elements of $A$ with elements of $B$ in such a way that if we perform an operation in $A$ and then translate the result in $B$ or if we first translate the input data and then operate in $B$ we gain the same result.

Examples from the world of groups.

Another example is the group $\mathbb Z$ and the group of integer-translation in $\mathbb R$, they are isomorphic via the map that sends every $n \in \mathbb Z$ into the translation $x \mapsto x+n$.

Of course $\mathbb Z$ and $\mathbb Z/2 \mathbb Z$ aren't isomorphic because there can be no bijection between them, so there can't be any isomorphism either.

The above responses have provided very excellent examples already, as well as describing isomorphisms, so I won't attempt to provide any more.

I will, however, attempt to provide a vastly boiled down "layman's terms" description. When I was a student, I often found these to be helpful to first grasp the general idea, before digging deeper.

Two groups are said to have the same algebraic structure when they are disguised versions of each other.

What do I mean by "disguised"? I mean that

They are exactly the same groups, just with the elements named differently.

Similarly to how $x^2=1$ and $y^2=1$ are exactly the same equations, just labelled differently.

Not the answer you're looking for? Browse other questions tagged abstract-algebra group-theory discrete-mathematics or ask your own question.

37
What does it mean when two Groups are isomorphic?