Update: Updated the title now that I've observed that we can use math in the title. I've also gone thru and removed dots. The tool expresses quantification using dots like this $\forall x.P(x)$ rather than $\forall x P(x)$. I originally used these dots in my post as well.

It seems like a trivial proof and here's my hand-waving attempt: There are two cases to consider:

However, I get stuck trying to prove it using the actual logic connectors available in the tool. I'm not able to use the same approach in the second case of my case analysis (or at least I'm not sure how). This is my attempt: 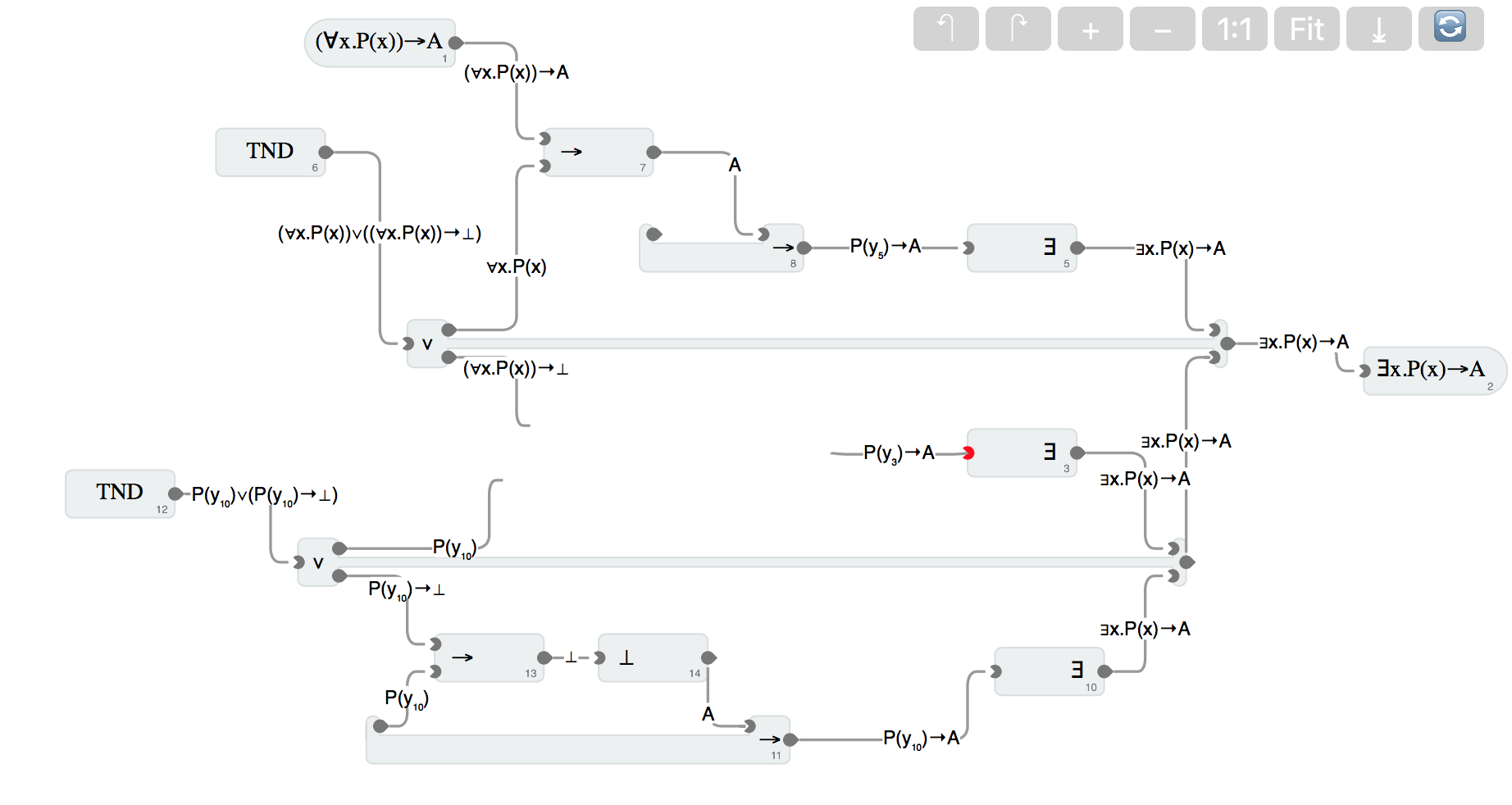 If you look right in the middle of the diagram you'll see there are no connections (and a small red dot indicating an error). This approach doesn't seem to lead anywhere.

I'm looking for a hint of an approach to try to solve this proof.

For other interested parties, I did get some hints from the tool community. If you wish to review these they are on this issue at GitHub

UPDATE: I finally finished the proof. The key to success was figuring out (with help) how to prove the identity $\neg \forall x P(x) \Rightarrow \exists x (\neg P(x))$. That identity was not built into the tool and can be a little tricky/cumbersome to prove from axioms. If you attempt the proof using the tool, learn how to create custom blocks like "proof by contradiction" and "case analysis". Otherwise the proof gets very messy. Here's the finished proof (still a little messy).

The blocks with the snowmen on them are "proof by contradiction". The block with baseball is case analysis. 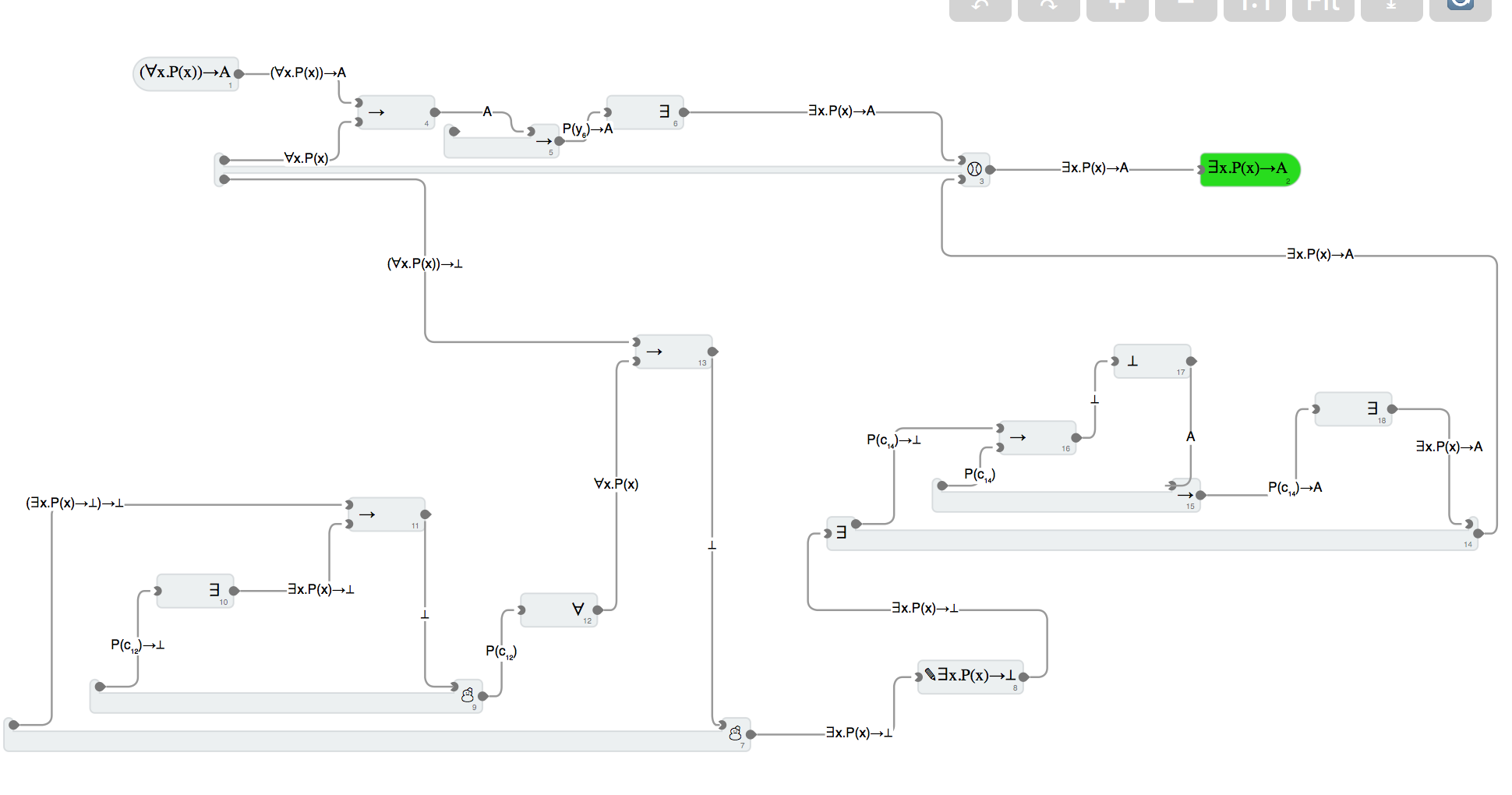 Not the answer you're looking for? Browse other questions tagged logic proof-writing or ask your own question.