Yesterday I asked a question about Kallenberg's proof of Kolmogorov's continuity theorem for stochastic processes. I understood that part of the proof, but now i face another problem: After showing that $\sum_{n=1}^\infty (2^{nc}\xi_n)^a<\infty$ a.s., he then states that $\xi_{n}{<\atop\frown} 2^{-cn}$ a.s. (Where given two nonnegative functions $f$ and $g$, $f{<\atop\frown}g$ means that there exists a constant $c>0$ such that $f\leq cg$).

I can't see why this is true since we don't necessarily have this, since we don't have some kind of "uniform" convergence, only punctually. I also thought that the constant would depend on the argument of $\xi_n$, but then all the previous stuff would be unnecessary since we could simply take $c_n(\omega)=2^{cn}\xi_n(\omega)$.

I'll post again the parte of the proof for easier reference: 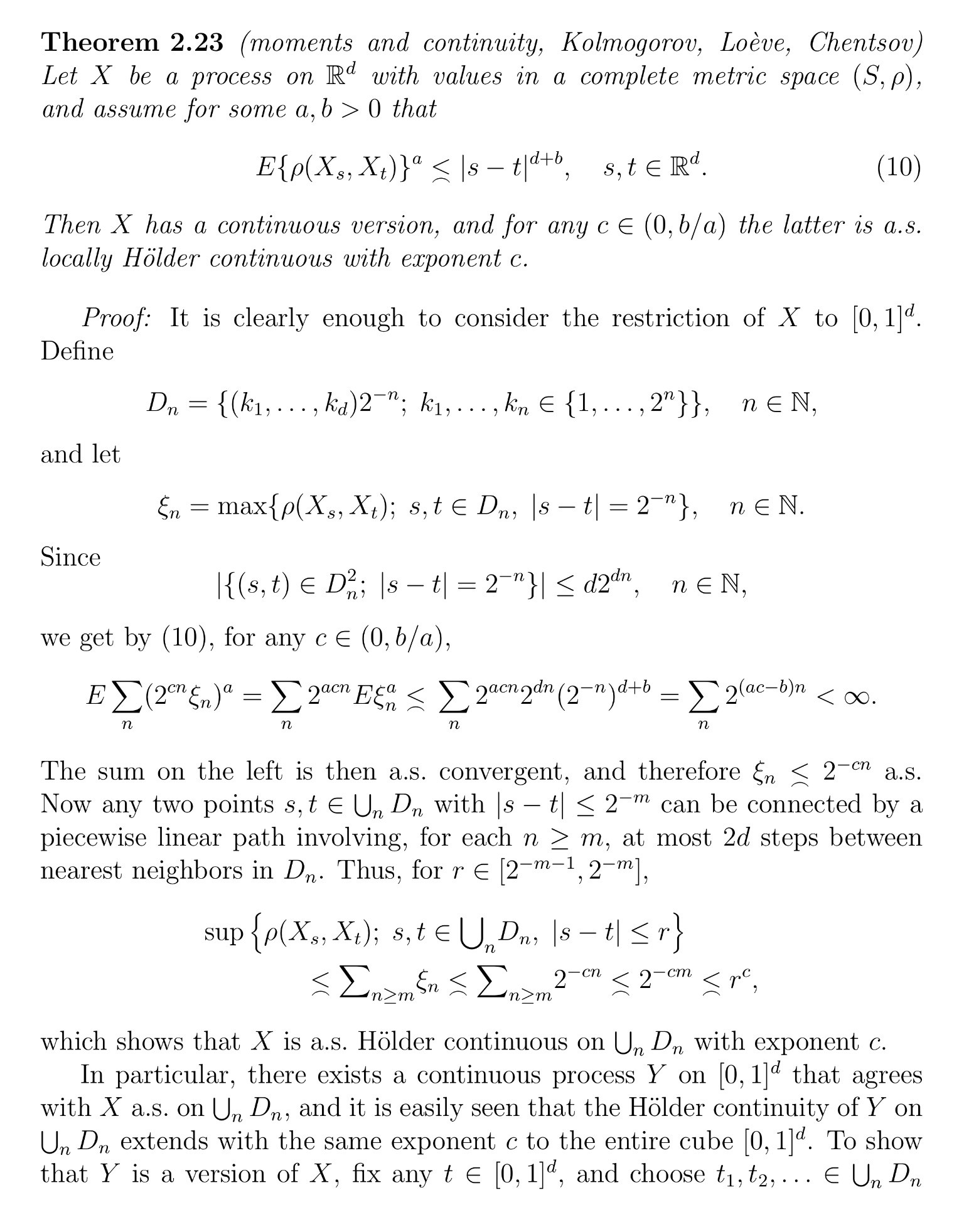 Any help is appreciated.

What he means is that the constant can depend on the sample point $\omega $, but not on $n\in \Bbb{N} $.

This easily follows from convergence of the series.

Not the answer you're looking for? Browse other questions tagged probability-theory stochastic-processes or ask your own question.