Is there any graphical interface in GAP? Something like RStudio for R or WxMaxima for Maxima. I'm using GAP under a Linux system. Thanks

I want to follow up on Alexander's answer. Gap.app, which is one of the Undeposited Implementations for GAP that Alexander mentions briefly, is back in active development, with a new release this week. It is a front-end and GAP distribution for macOS. It fully supports the xgap library, and also does some other useful things like provide easy save and load of sessions, command completion, etc. See

(Disclosure: I am the author of this program.)

Unfortunately, if you're on Linux, Gap.app doesn't currently help you so much. Gap.app uses Objective C, and there is reasonable potential for compiling under Gnustep or similar. I have an undergraduate looking at that possibility, and it is possible that he will make some progress.

By the way, xgap still largely works. It uses the Xathena widgets, so does look and feel very dated. There is a bug in the current release of GAP that affects xgap (and prevents most display), but you can work around it by typing GAPInfo.TermEncoding:="latin1"; as your first command in a session.

There were several attempts, one started as Max Neunhöffer's GAP package XGAP which works only on Linux, others as external software (see at the bottom of Undeposited Implementations for GAP page). However, none of them is currently in the active development.

As @Bernard remarked above, one could use GAP via SageMath (careful about components and packages installed, that's not identical), and there is also a work in progress on a Jupyter kernel for GAP - when that will be ready, that would be the answer number one on this question.

Often the question is not really why one may be interested in a GUI for GAP, but which functionality could such a GUI add to GAP? One of the unique features of the XGAP package is its functionality to work with lattices of subgroups. Although GAP has DotFileLatticeSubgroups to export the lattice to GraphViz, with XGAP one could not only visualise them, but also explore interactively. 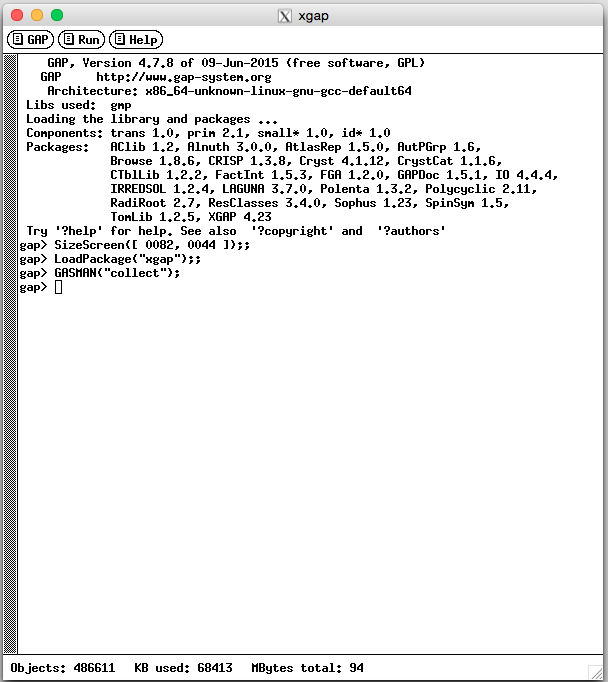 it opens new window. Diamonds correspond to normal subgroups, and conjugacy classes of subgroups correspond to circles grouped together. Right-click on a subgroup opens small pop-up window with its properties: 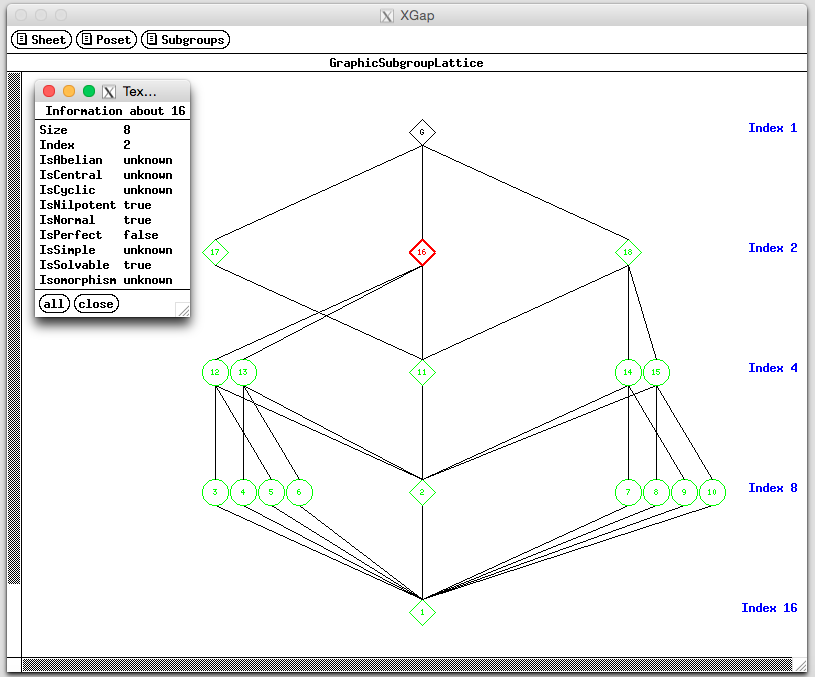 One could specify which subgroups to display and perform operations with one or several selected subgroups: 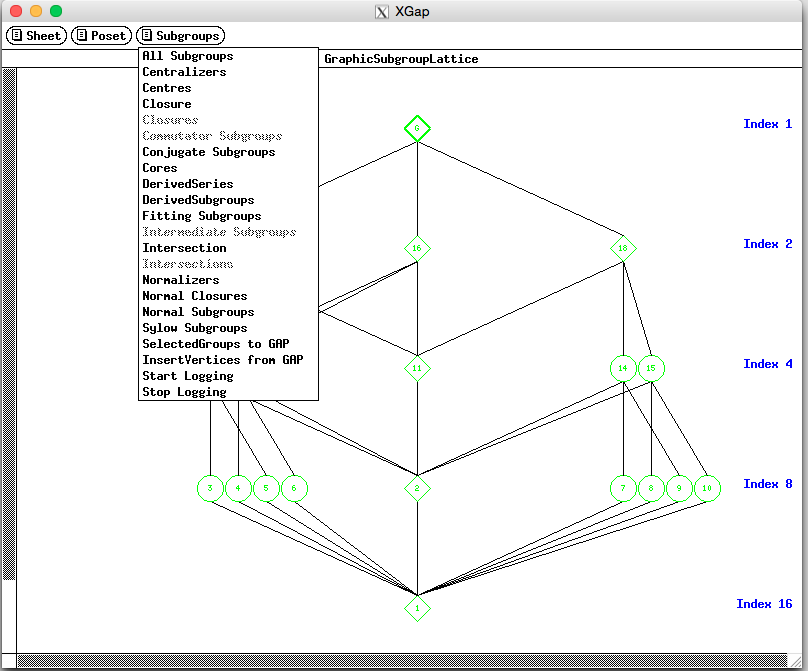 Also, one could control the layout of the lattice: 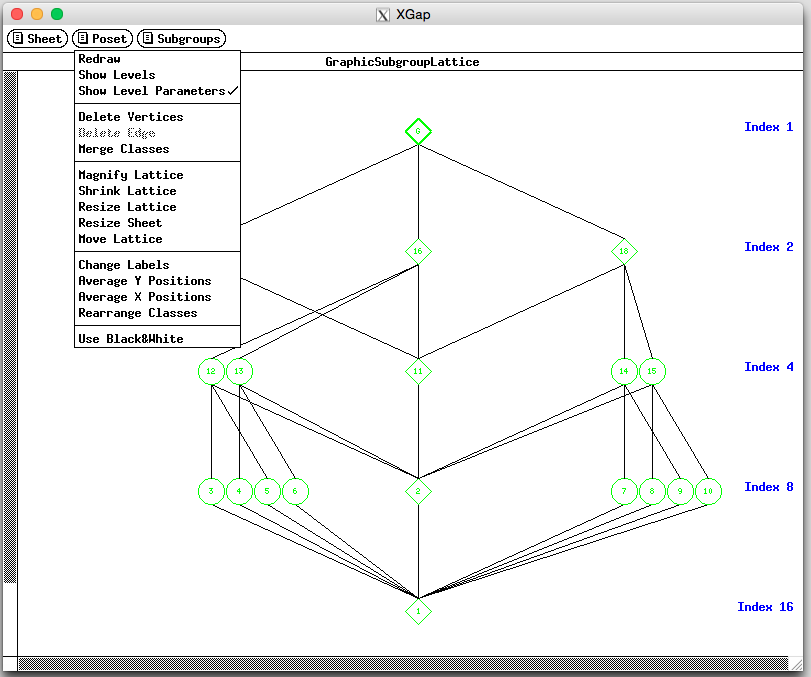 An interesting and useful project could be to reimplement this functionality using some more modern and cross-platform framework.

Not the answer you're looking for? Browse other questions tagged gap or ask your own question.

0
What Do Normal Subgroups Look Like in the Lattice of Subgroups?

5
Finding irreducible representations of the following group using GAP
1
How to stop a calculation in GAP without closing GAP?
1
Dancing Links in GAP
2
Run GAP calculation for fixed time
5
Nicer Output in GAP