a big number that is obviously prime?

I'm going to go out on a limb and wildly guess that $577$ might be the largest prime number that is as obviously prime, or at least as quickly and easily seen to be prime as it is.

So staring at it for ten seconds gives you the answer without writing anything or doing any divisions or looking at factorizations of nearby numbers that don't reduce instantly to two-digit problems. It's not unusual to reject a bunch of primes by doing this, but rejecting all of them by instantaneous reduction to one- or two-digit problems I don't recall seeing before.

Are there any bigger primes than $577$ where this is so quick and simple? 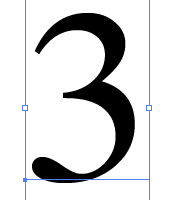 There is a very nice paper about this, Guy, Lacampagne, and Selfridge, Primes at a glance, Mathematics of Computation Vol. 48, No. 177, Jan., 1987, pages 183 to 202. I think that back issues of this journal are freely available at the American Mathematical Society website.

There is a follow-up paper by Agoh, Erdos, and Granville, Primes at a (somewhat lengthy) glance, The American Mathematical Monthly Vol. 104, No. 10, Dec., 1997, pages 943 to 945, but I'm pretty sure that one's behind a paywall if you don't connect from a subscriber.

EDIT: Link to Primes at a glance mentioned above.

can't resist following the pattern: 877. Additionally, need to test for 29 (but trivial)

How quick is quick enough?

3
Clarify a problem with prime and composite numbers
16
How would you prove that there is only a finite number of these primes?
1
Problem concerning the number of 3-digit integers that are both composite and have no prime divisors less than 15
2
Number theory prime number conjecture
5
Is there any guarantee of maximum distance to next prime?
4
Number of Prime Numbers Such $p$ such that $p, 10 + p, 10p + 1$ and their sum are primes.