The distribution for one of the components of a minimized sum?

I have a complicated thing I would like to find the distribution for.

I am not even sure what words to use to express this properly, but I want to find the distribution for (or any way to express) the "$x$" part of the $Minumum[x_1 + y_1, x_2 +y_2]$. That is probably not clear enough so let me try to explain more:

Does this question make sense? And if so, can anyone help me, even if it's just to have better terminology for describing what I'm looking for? 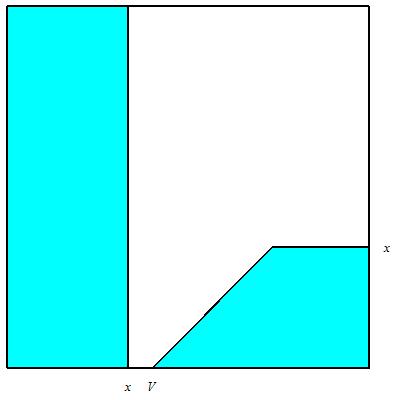 Then you'll have to integrate the result times $f_Y(y_1) f_Y(y_2)$ over the unit square to get unconditional probability.

1
Determine the lifetime of a device with two components that follow exponential distributions
1
How do I find the limits of a joint density function and calculate the inequalities?
3
Sum of correlated normal random variables
1
What is the distribution of the distance between 2 random points in a cube?
1
Random variable for sum of probability densities.
0
Independence of quotient of order statistics
0
Calculating distribution function $Y = \min{X_1, ..., X_n}$ and calculating the density of $Y = -\log(X_1)$