So, given a triangle with points A, B, C.

ecuations of two medians are.

I found that all medians intersect at point $(1,1)$ , so i can find equation for third median that goes through $A$ point.

But how to find three equations of each side of the ABC triangle?

I'll give you an idea on how to construct the lines. Suppose we have one of those lines. Then we know it intersects one median at one of the vertices of the triangle, let's just say it will be $B$, and the other median at the midpoint between $A$ and $B$. By the way, let's call the intersection of medians $M$.

You can proceed to find $C$ by mimicking the first approach, however now you won't get a rectangle but a parallelogram. 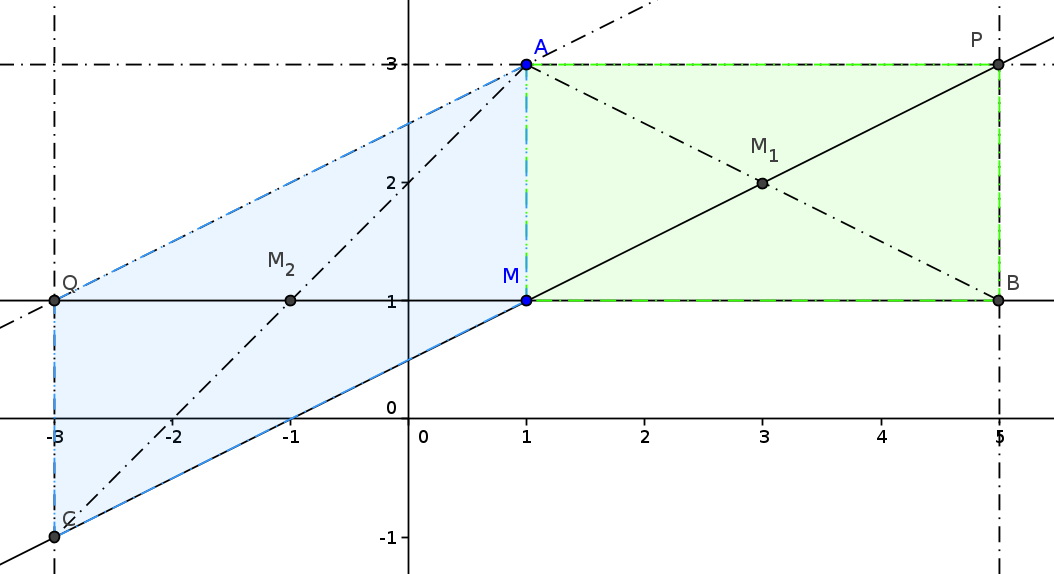 0
Equations of triangle sides through medians
1
find a length of a triangle having two known sides and a median line
1
Triangle: Find area given 2 side lengths and that two medians are perpendicular
24
Show that the three medians of a triangle are concurrent at a point
0
equations of triangle's sides, given equations of two bisectors and one point of triangle?
23
A conjecture about the sum of the areas of three triangles built on the sides of any given triangle
0
2 points coordinates such that two lines to be medians in a triangle