Where can I find difficult trigonometric formulas?

Once you get past the introductory right angle approach to trigonometry, and identities such as Pythagorean and complimentary angle identities, you should start seeing that "trig" triangles and arbitrary $(a,b,c)$ triangles as all similar. 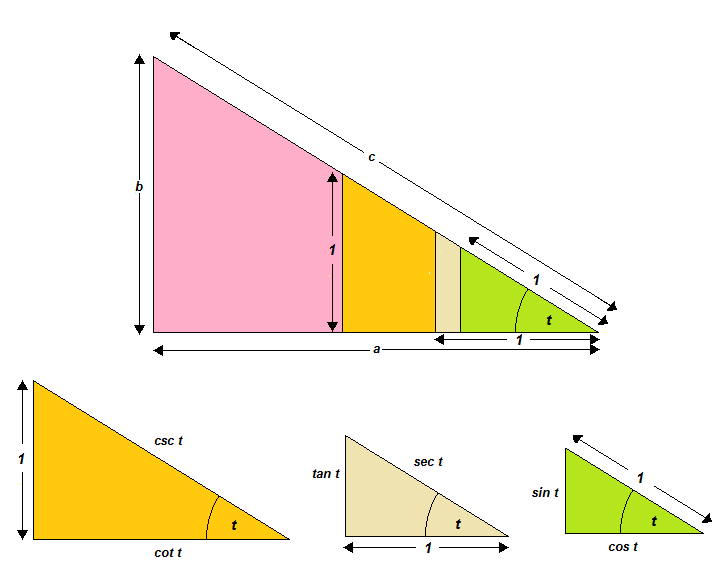 After some practice, we only consider the "trig" triangles when doing proofs.

Later on, we take the unit circle approach, so that we can analyse and prove identities for angles larger than a quarter revolution, as well as negative angles.

To actually look up proofs, it may be productive to learn their names (e.g. Pythagorean identity, double angle formula, sum of angles formula, half angle formula, etc.), then just Google it.

Not the answer you're looking for? Browse other questions tagged trigonometry reference-request or ask your own question.

0
Where to find good resources for problems about trigonometric identities?