This is difficult question, my friends and I could not find any hint to solve it.

The quadrilateral is actually a parallelogram with sides $p\tau$ and $q(1-\tau)$.

The intersection of the insphere with the same plane will be a circle of radius $r$. It is clear this circle lies inside above parallelogram.

This is pretty close to what we want to prove. To show above inequality is actually strict, we need two observations.

At the end is a picture which hope to illustrate the configuration. The vertices of the tetrahedron is located at 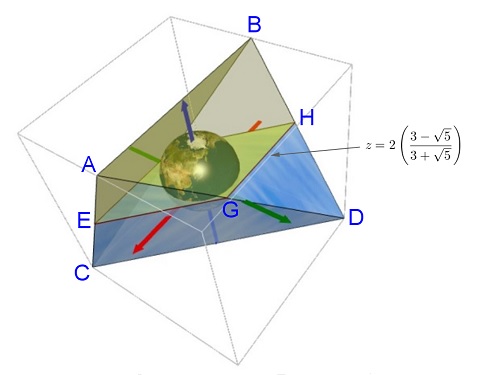 Not the answer you're looking for? Browse other questions tagged geometry euclidean-geometry polyhedra solid-geometry geometric-inequalities or ask your own question.