Two players $A$ and $B$ compete in a certain backgammon game. The competition is conducted in "Rounds" where each "Round" consists of $5$ single backgammon games. A round is won by the player who has more winnings in $5$ single games and final winner is the one who will first earn $12$ rounds. 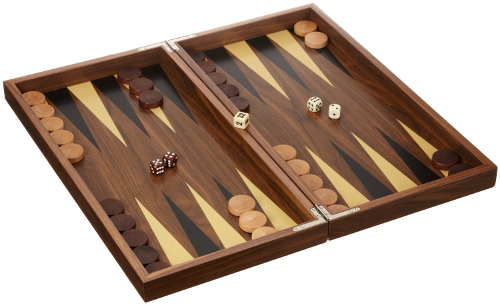 Due to previous experience the probability that player $A$ wins in a single game against $B$ is $0,6$ but in order $A$ to challenge his opponent $B$, he offers him $5$ rounds won at the beginning of the competition. Is $A$ still reasonable that he will win the final prize of the competition? More precisely, what is the probability that $A$ will win?

You already know the formula to use.

I had forgotten the Davis Cup analogy, where you play best of 5 matches ti the bitter end even if a team has won the first 3. So as reminded by Joriki, the simplified formula is

3
An application of probability in tennis game
4
Finding the winning probability of the game
6
Optimal strategy: Two Player Gambling Die Game
4
Table tennis win probability
5
Is there an optimal strategy for this game of card?
0
How to account for increasing probability in odds of winning a competition when each round there is a random single decrease in the non-winner pool?
2
Probability question about a game I'm making