Describing Region in the Complex Plane

Given that only the absolute value is of interest

it's the same as looking at the division of the individual absolute values of these two complex numbers.

Considering the result 1 as an edge case, this can only happen if both absolute values are the same. Geometrically speaking, this means they have the same distance from the origin.

Both complex numbers (numerator and denominator) have different but constant offsets from the number $z$, which positions them in a constant pattern relative to $z$ 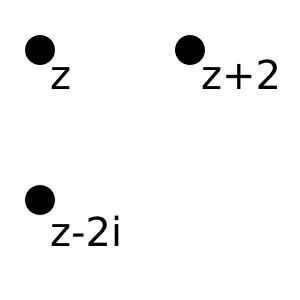 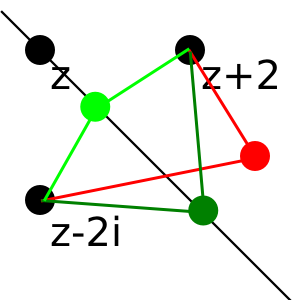 The value of a fraction increases above 1 if denominator < numerator. Or in this case

As can be seen in the picture above, this is the case if $z$ moves to the left, which means that all points to the left (under) the symmetry line (which goes through the origin) are part of the solution of the inequality.

Your feeling and algebraic reasoning are both correct.

Your geometric interpretation and your corrected algebraic calculation are correct.