Covering any rectangle with this shape is not possible

Why can I not tile any rectangle without gaps with the given shape? 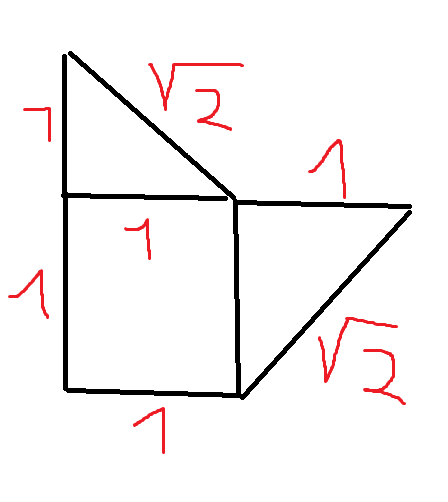 You can mirror the shape (i.e. turn it around an axis in its own plane by $\pi$).

Now that's a nice question indeed. At first glance, it is not clear at all why the shape can't tile a rectangle. After all, it can obviously tile the plane. Moreover, it can even tile a rectangular shell: 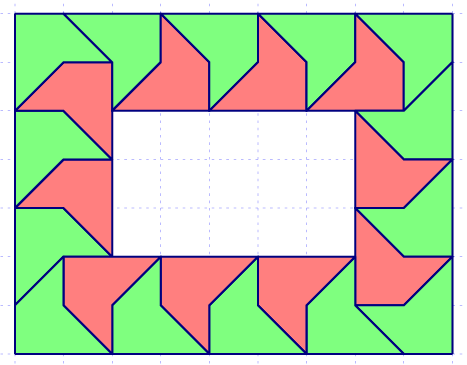 That's where parity kicks in.

Quite apparently, a rectangle has none of those diagonal ears dangling outside, which means they all must be coupled with similar ears of other shapes. In this manner, each shape is "connected" to two others, and the whole figure (rectangle or whatever else) becomes a cycle, or maybe a union of several disjoint cycles. Let's look closer at one such cycle.

Let's mark the midpoints of all $\sqrt2$-length sides and join them sequentially. That would give us a cyclic path, or a polygon. Being composed of diagonal sides, it is a union of $\sqrt2\times\sqrt2$ squares, and as such, has even area. Let's remember that for later use. 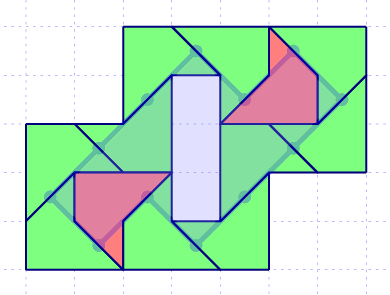 Now, each of the shapes forming the cycle sits on the path and is cut by it in two unequal parts with areas $1\over4$ and $7\over4$. Some have their greater part inside the path, and some outside; let's call them "inner" and "outer", respectively. How many of each kind do we have?

Let's sum up the angles of the path, as if it were a polygon. Say, it has $n$ edges. For obvious parity reasons, $n$ must be even: $n=2k$. (This, BTW, does indeed enforce the checkerboard pattern envisioned by Dan Rust, albeit only within one cycle; not that it helped us much in evading the corners of a rectangle!) Let's look from the inside. Then every inner shape touches two vertices(*) and contributes $3\pi\over2$ to the sum, while every outer one touches just one vertex and contributes $\pi\over2$. On the other hand, the sum of all angles is known to be $\pi(n-2)$.

(*) Other points where the shapes touch or cross the path do not count. On the contrary, the vertices where the path goes straight (which, strictly speaking, are not corners) still do count, as if they were the angles of $180^\circ$. 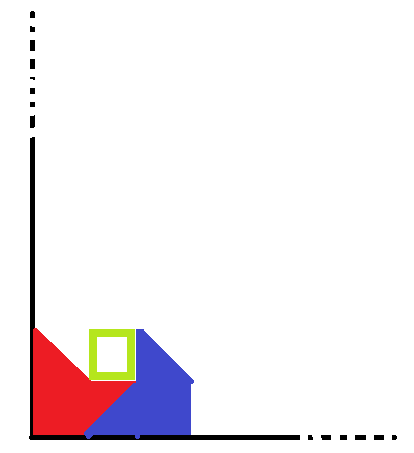 Not the answer you're looking for? Browse other questions tagged tiling or ask your own question.