I've been working through Federico Ardila's online Hopf algebra lectures and hoped to check my understanding so far by constructing the Hopf algebra of a very small group ring from scratch. But I've failed, which has left me in a state of perplexity.

On top of this structure we have:

With these definitions, I hoped this diagram would commute: 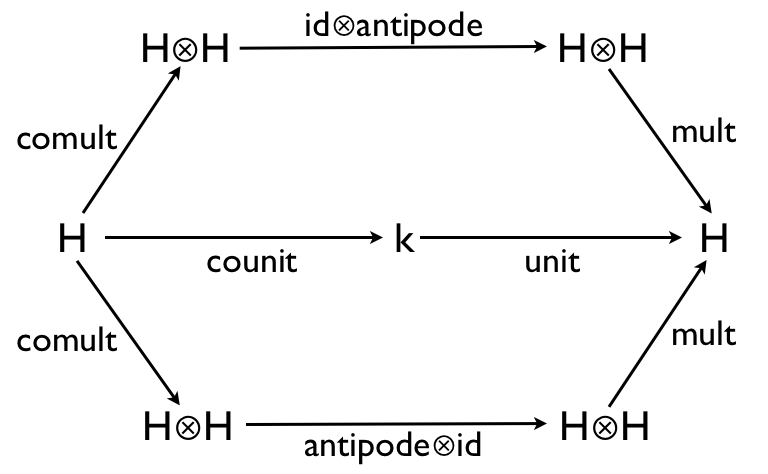 but it blinking doesn't. Example:

And it's obvious why: products in the group ring don't always annihilate the $a$ element, but the counit-unit sequence does. So this could never work.

Hopefully I've explained what I've done in enough detail that whatever fundamental thing I've misunderstood isn't elided in the process. I'm hoping someone will be kind and patient enough to unpick it and point to the thing I've stupidly misunderstood!

Not the answer you're looking for? Browse other questions tagged abstract-algebra group-theory hopf-algebras or ask your own question.