How many routes are there from $A$ to $B$ that cross every node exactly once?

Imagine an $n \times n$ grid, we start on one corner of the grid in square $A$, and need to reach the opposite corner to square $B$. The rules are, you can only move to an adjacent square, you can't move diagonally and you must pass every square exactly once. How many possible routes are there in an $n \times n$ grid?

As Joriki correctly points out in his answer, this has already been researched, and there is no closed form known. Instead, there are asymptotic estimates given. However, it would be nice to have something elementary here on this site, so I'll share a really basic lower-bound argument which I'll call the "snake" argument.

Consider an $n \times m$ grid, with $n$ odd. One way to construct such a path in this grid is to snake as follows:

But if you "zoom out", and consider the entire $n \times m$ rectangle as a single column of length $n$, then we can repeat the snake process i.e. we can move along this rectangle of size $n \times m$, then back along another of possibly a different size $n \times m'$, and so forth.

Now, any sequence of numbers $m_1, m_2, \dots, m_h$ such that $\sum_{k =1}^h m_k = n$ corresponds to exactly one such snaking path. So we have a lower bound on the number of paths is the number of numbers that sum up to our number in question. By stars and bars, this number is simply $2^{n -1}$, which is a lower bound on the number of paths for square size $n$. Obviously this is pathetic compared to the known bound $\tau^{O(n^2)}$, but at least the derivation is elementary and not completely trivial: it's at least an exponential bound in $n$.

I feel like this idea could be carried a good deal further as I have only considered a very restricted subset of these "snaking" structures. Also, this very easily generalises from a square to a rectangle.

Example Image for Snaking Below 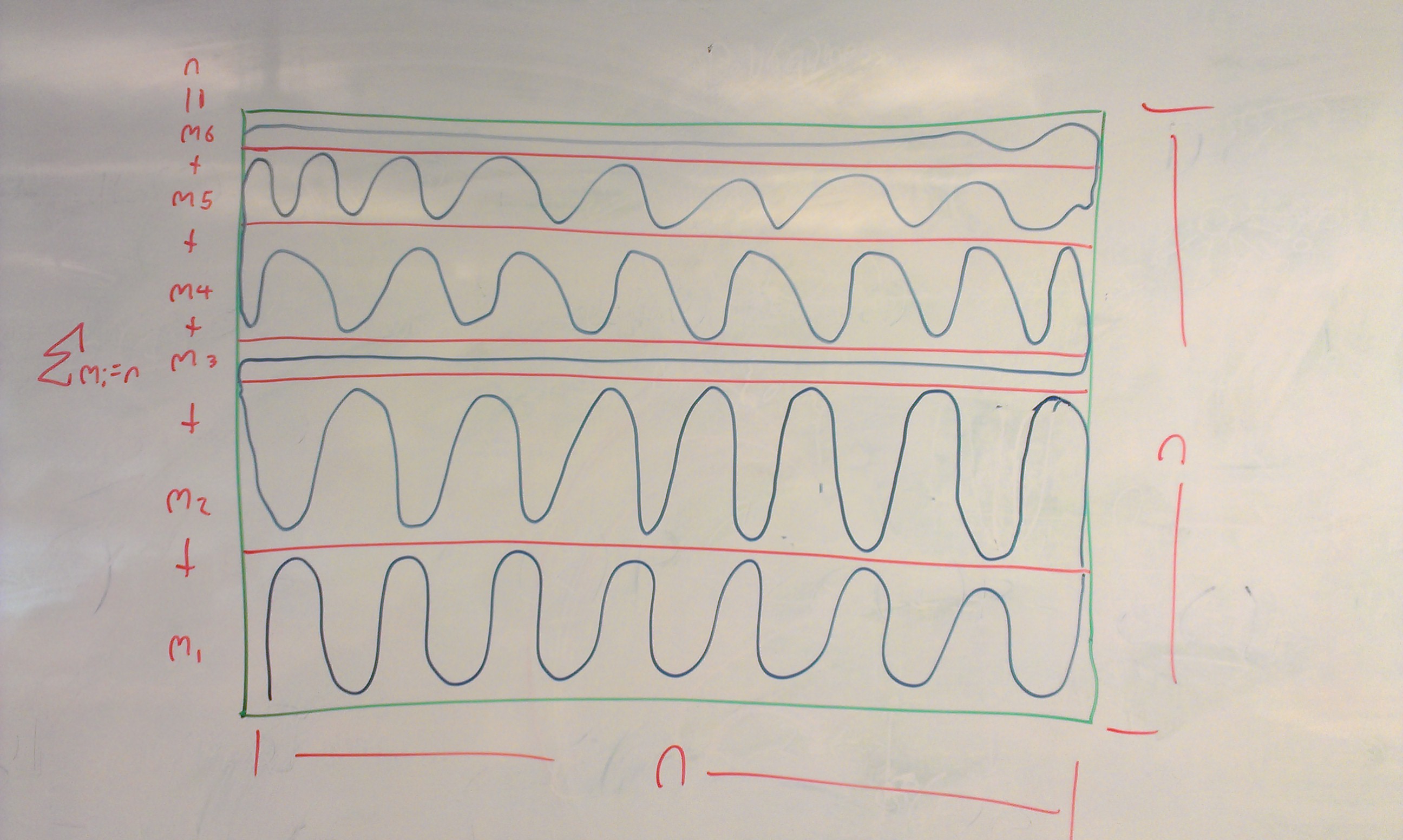 Not the answer you're looking for? Browse other questions tagged combinatorics graph-theory hamiltonian-path or ask your own question.

2
How many routes?
4
Find the number of ways to reach from one end of grid to another
1
Hamiltonian path on chessboard
1
Chessboard paths
21
Longest path in a square grid
5
Is it possible to start with a knight at some corner of a chess board and reach the opposite corner passing once through all the squares?
0
How many possible ways are there to reach at the goal?