What methods are known to visualize patterns in the set of real roots of quadratic equations?

I came across a previous awesome question about the visualization of the distribution of polynomial roots and tried to do a simpler version applied to the set of real roots of quadratic equations $ax^2+bx+c=0$.

These are three methods I have tried to visualize the relationship between the roots $x_1,x_2$, my questions are at the end of them.

So basically there seems to be a pattern in the relationship between both real roots that can be visualized. 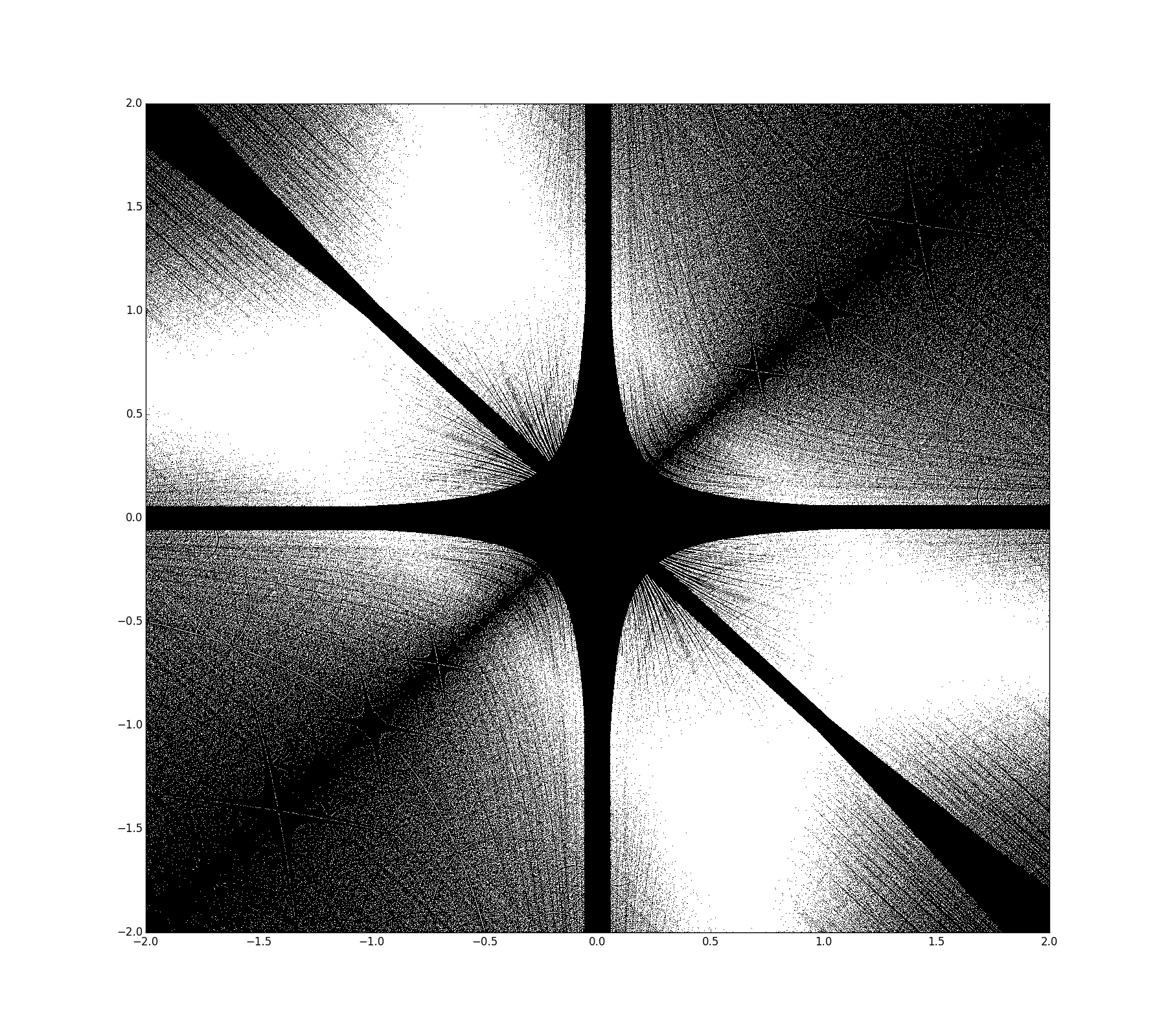 Due to the size of the images I can not add some other animations I have prepared: In this link you will find the graphs of the quadratic complex roots, and also the graphs of the complex and real roots of cubic equations.

It has been a long time since I asked this question. I will keep it open some more days before closing, hoping someone else will be able to add more options of visualization.

Recently I have been able to learn another interesting methodology that can be applied to the visualization of the roots. We will define the tuples $(a,b,c,x_1),(a,b,c,x_2)$ as points of a $4$-dimensional space, projected into the $3$-dimensional space. The methodology is explained in this question.

Basically, we allocate the points inside a $4D$ tesseract whose center will be the origin of coordinates in the $4$-dimensional space and the reference of the position of the points in the internal space of the tesseract, and then the tesseract and its content is projected into $3D$. The example below shows every real root for $a,b,c \in [-10,10] (a,b,c \in \Bbb Z$):

And below there is a zoom showing only the root tuples. As it can be seen, the pattern generated by the set of tuples shows interesting symmetries in the $4D$ space that can be observed in the $3D$ projection of the set of points (kind of mesmerizing!). The movement is required because to be able to visualize a complete $4D$ object through its projection, we need to rotate around one of the $4D$ axis. By doing so, it is possible to see the $3D$ "shadow" of the positions of the points in the original $4$-dimensional space:

Not the answer you're looking for? Browse other questions tagged polynomials roots quadratics fractals visualization or ask your own question.

1411
Visually stunning math concepts which are easy to explain
42
Why does this distribution of polynomial roots resemble a collection of affine IFS fractals?
26
What is this pattern found in the first occurrence of each $k \in \{0,1,2,3,4,5,6,7,8,9\}$ in the values of $f(n)=\sqrt{n}-\lfloor \sqrt{n} \rfloor$?
5
How can I visualize a four-dimensional point inside a Schlegel diagram of a tesseract?
2
What is a good tool for this job involving the prime spiral?

1
Given a system of quadratic equations $x^2-a_ix+b_i=0$, can all of the coefficients $a_i$, $b_j$ be solution to one of these above equation?
3
Polynomial with real roots
4
What is the largest possible value from $x_1^{2014}+x_2^{2014}$ from this following problem?
0
What is the fastest technique to find complex roots of a function?
3
Solving Cubic when There are Known to be 3 Real Roots
1
Factorize polynomial in Matlab
3
What methods are known to visualize the patterns of fractal sequences?
0
How determine relationship between two $n$ degree polynomials roots
0
How to find the best quadratic approximation to a cubic function between two of its (real) roots