I have the following question :

I tried to proof it, but I got stuck, This is what I did :

Therefore I can conclude that $dim(ImT^2)=dim(ImT)$ 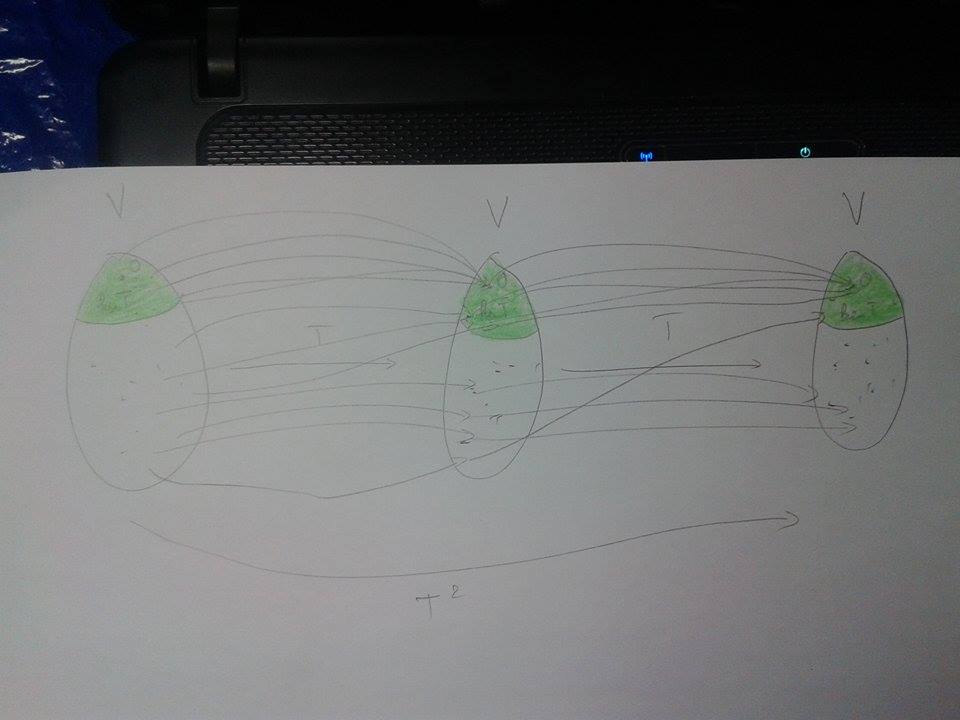 The green area represents $\ker T$ and it contains $0$. $\forall v\in\ker T,\, T(v)=0$ and so for any element of $\ker T$, in the picture I drow the arrow from it to $0$. But other elements (outside of the green area and so their image isn't $0$) can have an element of $\ker T$ as their image (an arrow coming from white area to green area but not to $0$). If we apply $T$ a second time then we get $0$. This proves why $\ker T^2\neq \ker T$ in general (we can have cases when $\ker T=\ker T^2$ when no vector in the white area reaches the green area, in maths language when the vectors of the basis of the supplementary space of $\ker T$ in $V$ are mapped to vectors in $V\backslash \ker T$, or in other words, this supplementary space is invariant or stable under $T$, i.e, if you call it $S$ then $T(S)\subset S$).

Not the answer you're looking for? Browse other questions tagged linear-algebra vector-spaces linear-transformations or ask your own question.