In how many ways can a number be expressed as a sum of consecutive numbers? [duplicate]

Here's one more way to calculate this, from my answer to this question on codegolf.SE:*

An integer $n$ is expressible as the sum of $m$ consecutive positive integers if and only if either:

and $\frac nm \ge \frac m2$ (or else some of the integers in the sum would be zero or negative).

These conditions follow from the fact that the sum of an arithmetically increasing sequence of $m$ numbers equals $m$ times the mean of the numbers.

*) The entire Q&A thread has since been deleted; here's an archive.org copy for anyone curious.

The main result is that the number of distinct representations of a nonzero integer $m$ as a difference of nonconsecutive triangular numbers is given by $d−1$, where $d$ is the number of odd divisors of $m$.

Number of ways of writing N as sum of consecutive positive integers is Number of odd factors in that number (except 1).

I thought of this same question several months ago during one of my classes and I worked out the solution during my lunch break, the same sort of argument could be used to find the number of representations of $n$ in any arithmetic sequence modulo a positive integer. I got that if $S(n)$ denotes the number of representations of $n$ as a sum of successive natural numbers with $n\ge 1$ then that:

And then simplified the resulting sum by swapping the summation indices several times and by setting $b=a-1+k$ with $k\in \mathbb{N}$ since we have that $b\ge a$.

This was the proof I scribbled down, where I used $\chi_2$ to denote the Dirichlet character modulo $2$.

Sorry if it's kind of messy: 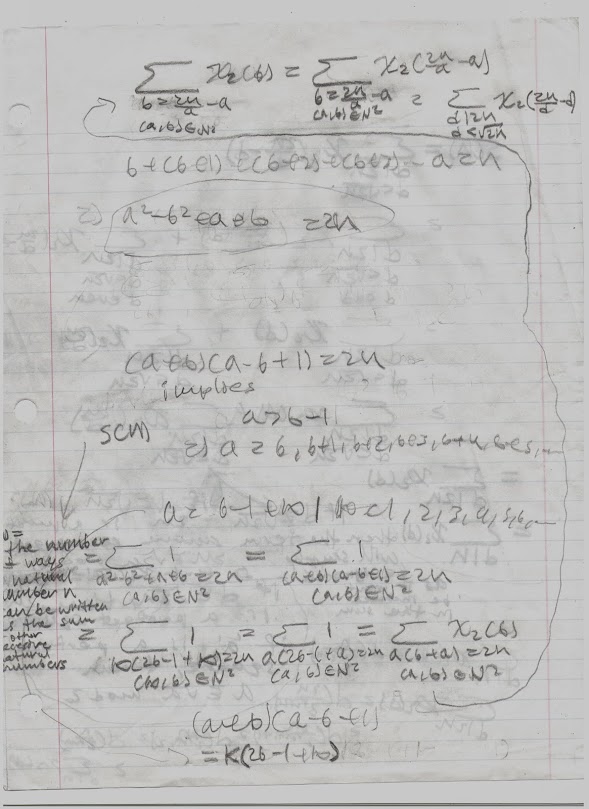 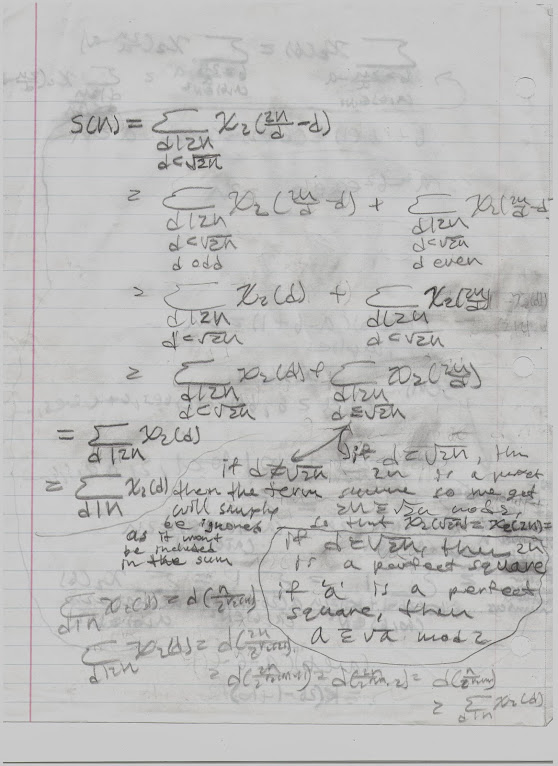 Not the answer you're looking for? Browse other questions tagged combinatorics number-theory elementary-number-theory or ask your own question.