I know that $\lim_{x\to0}\frac{x}{x}=$ 1.
But in my text book, it is written that it is $\infty$ and even $\frac10=\infty$.
But how is it possible? And are they both same? What is the difference between indeterminate and undefined?
And if they are $\infty$ then what is the reason? And why can't we define something for these numbers? 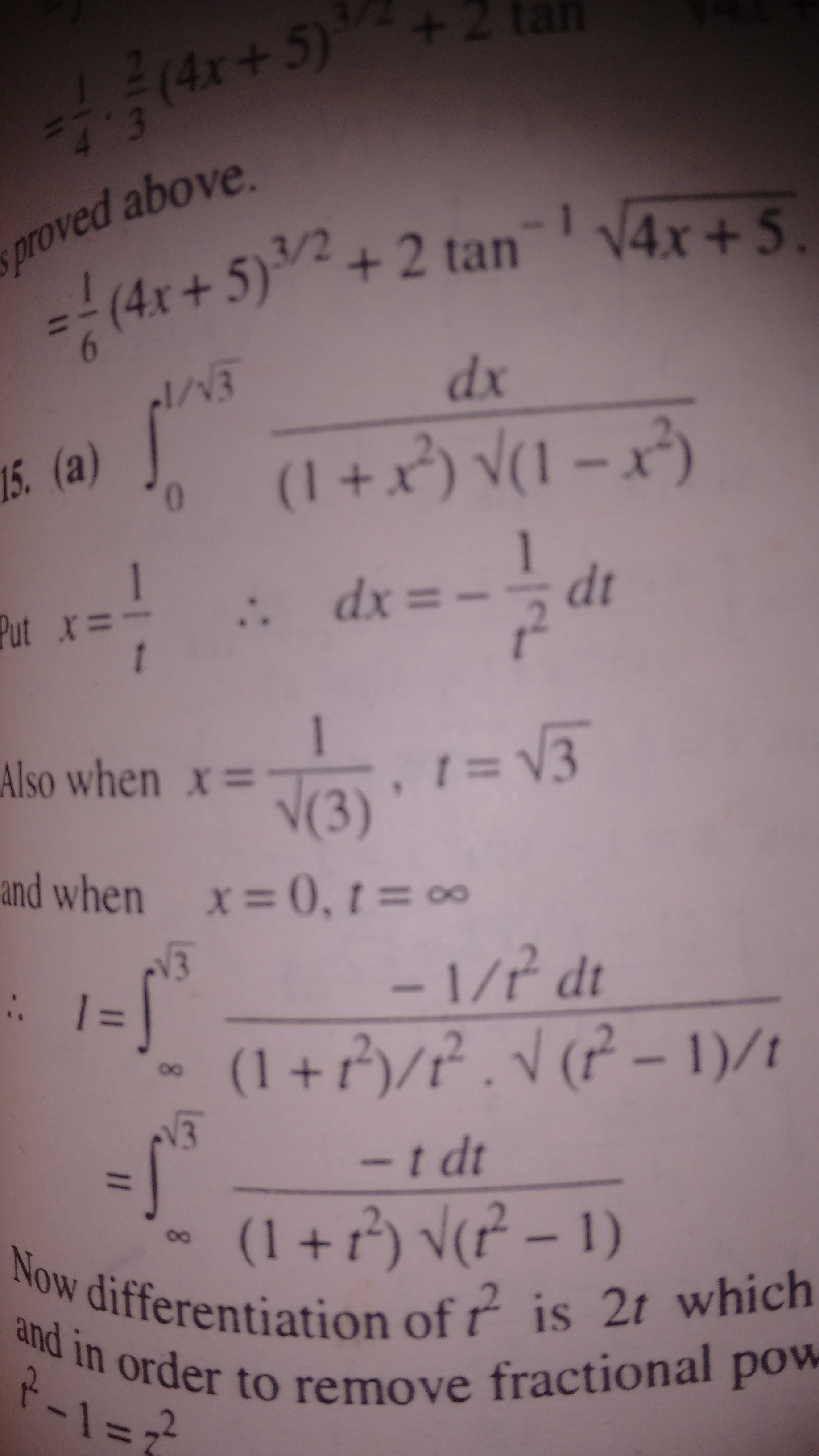 Indeterminate, on the other hand means other thing. Consider the limit:

You can see immediately that it is of the form $1^{\infty}$, which is a very well known indeterminate form. Some could speculate here that this limit would be $1$. No, it is not. It equals $e^{-1}$.

Now, let's take a look at another limit. For example:

Again we see that as $x \rightarrow 1^+$ both the nominator and the denominator are zero. This is an indeterminate form $\frac{0}{0}$. However you can sub $1-x^2 =u$ and change variables. Then $u \rightarrow 0$ and the limit is expressed as:

which clearly is $+\infty$.

So, indeterminate form means that you can not estimate the limit right away, that is plug in the value and calculate. Undefined means that something is not defined. So, there terms are not the same.

But then we run into functions which are not continuous. Like $\frac1x$. Then when we calculate $\lim_{x\to 0}\frac1x$, we are tempted to replace $x$ by $0$, and obtain $\frac10$. But wait, we can't divide by $0$. So here we need to be more careful and investigate the limit by its definition.

If no such $L$ exists, then the limit does not exist. We are sometimes being informal and say that the limit is $\infty$ or $-\infty$ if the function becomes eventually larger (or smaller) than any other real number.

So the limit does not exist at all. Again, this can be mitigated by saying that you are not interested in the sign of the limit, and you sort of "glue" the two points together. Then the limit is $\infty$. But to say that without additional explanation is just bad pedagogy.

So what are indeterminate forms? Our instinct to just plug in the limits into the function is strong, and we sometimes get meaningful values. But sometimes we get something like $\frac00$ or $1^\infty$ or even $0-0$.

Limits have a particular definition. And while it's very easy to forget it and assume our universe is entirely made of continuous functions, this is not true. So we can't quite plug in the limit into the equation and get it over with. Sometimes, it is clear why there is no limit, since the function does not "stabilize" into some value.

But in other times, plugging the limit into the equation will produce a situation where we cannot determine immediately whether or not there is a limit. Then we need to simplify the function, or investigate other routes for a solution (e.g. L'Hospital's rule).

Not the answer you're looking for? Browse other questions tagged limits soft-question infinity indeterminate-forms or ask your own question.