Could someone give a detailed (yet elementary) proof for Jensen's inequality?

I want to prove that

Please include (very) detailed explanation, because I do not have much mathematical maturity, and perhaps may not be able to understand what the equation defining convex means if the explanation is too concise.

There is a proof by induction that I read as a note in an open directory of university notes site for a related course, see [1]. I indicate a detailed outline:

Write the statement for $N=k-1$, the so called inductive hypothesis.

After the use of inductive hypothesis we obtain

And now go back first two steps, using the definition of new weights and the decomposition of the sum.

Sorry by my english. I hope this helps and there aren't missprints. After your computations, in a days you can read the reference. There are a nice graph too.

Lemma: If you have some weighted points scattered in a plane, then their centre of mass lies in their convex hull. To understand convex hull, see the pictures on page-768 of the paper 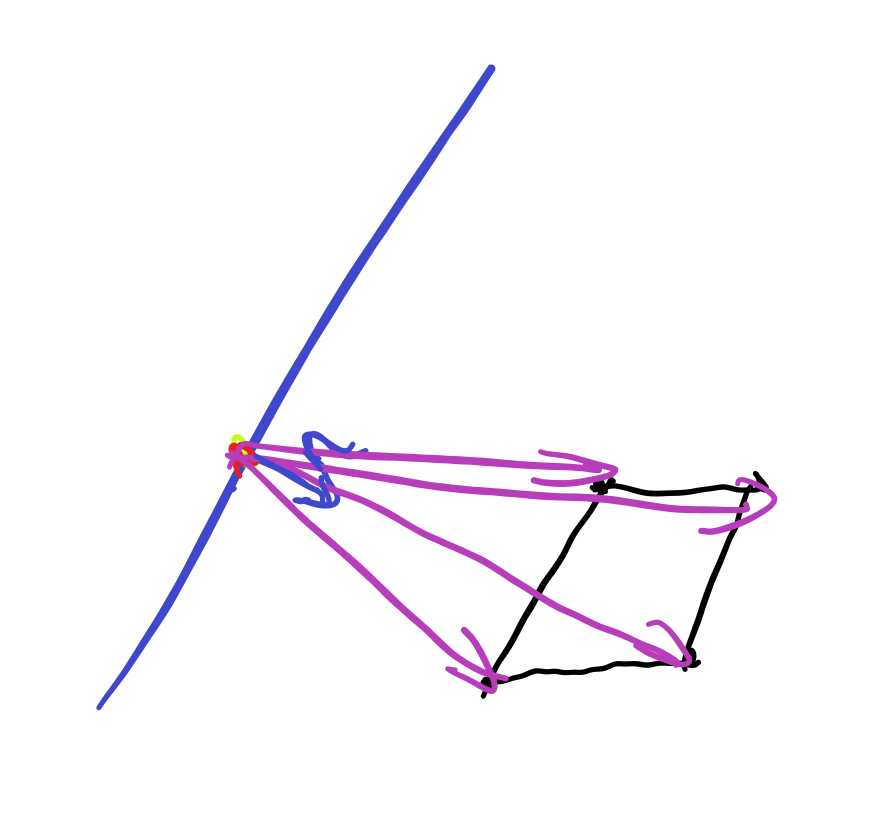 Suppose the point was outside and let's say we marked that in red, then we can draw a line through that point (one in blue), now if we were to draw vectors from that point to vertices where the particles are, it is clear that the vector sum can't be zero because the vector to each particle has some component along the normal. Now, recall the definition of the center of mass,

So, the centre of mass can be though of the point from which the vectors to the mass particles add to zero, but here it is clear that this doesn't happen. Hence, it is necessary that centre of mass lies inside the convex hull. 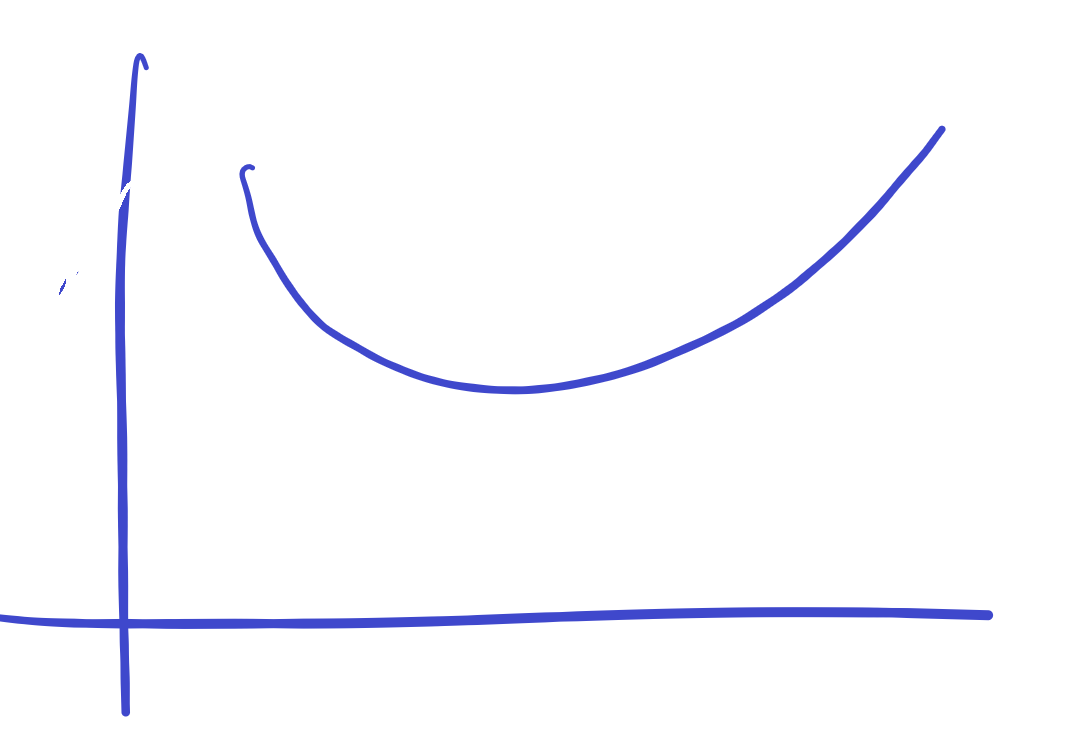 Now, suppose I placed a mass of $m$ on three points on the curve: 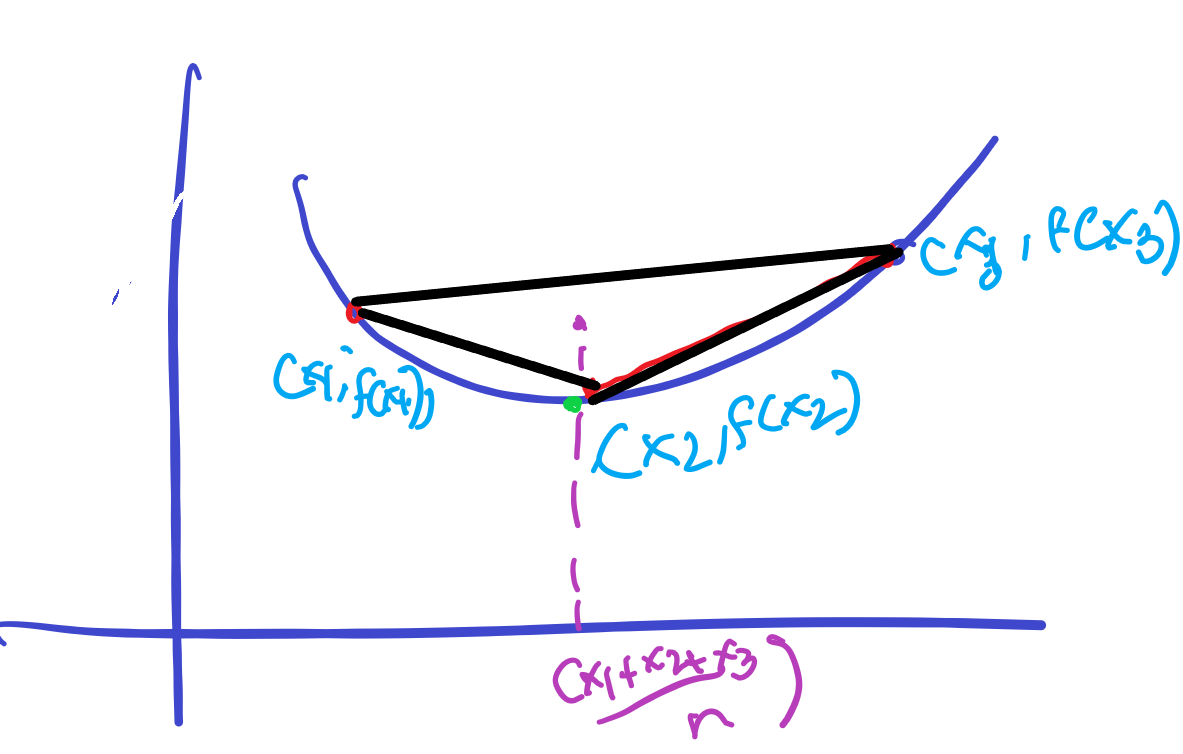 And since the purple dot is above the green dot, we can write the following inequality:

And of course, this argument would still if you took more points / had different amount of mass on each point. Hence, we have found a simple visual understanding of Jensen's inequality.

Not the answer you're looking for? Browse other questions tagged inequality proof-writing or ask your own question.