I'm building an app (for those curious, for DnD) and I came across an issue with some math I did. I need to know the probability of rolling a certain number when there are two or more different sided die used.

A concrete example that I'm working on is rolling at least 3 using a 4-sided die and a 6-sided die. Below is a table I made that contains the answer (I used Google Sheets and counted cells), but I actually need to know how to get to this answer in code. I just can't seem to find a way to work forward or backwards and get the right results. Can anyone help me figure this out?

If approaching by brute force, sometimes it is a whole lot easier to find out the probability of not satisfying your property. Take your example of "at least 3". The only way that you don't get at least three is by rolling a one on both dice, which occurs with probability $\frac{1}{4\cdot 6}$. Similarly, not getting at least a four would occur either with a (1,1), a (1,2), or a (2,1) for a probability of $\frac{3}{24}$.

Lets see if we can generalize. Suppose there were two six sided dice and we were looking for the probability of getting "at least a six." 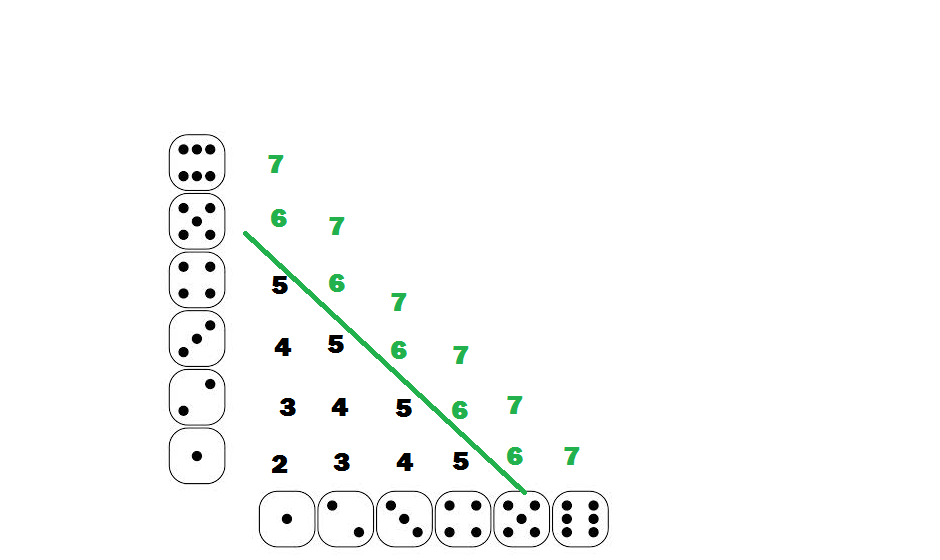 You can see that the black numbers are below six and should be thrown out, yet all numbers above the green line are good (including those not displayed in the picture). There are a total of $6\cdot 6=36$ possibilities which are equally likely. You can notice that the black numbers form a triangle with each layer having one more possibility. We can count how many spaces are used in a triangle quickly as these are what are known as triangle numbers. In this case, there are four layers to our triangle so there are $T(4)=\binom{5}{2}=10$ spaces used. Thus in this example our probability is $\frac{10}{36}$ to not get at least a six, so it is $\frac{36-10}{36}=\frac{26}{36}$ to get at least a six.

So, this works well and good if our line happens to lie within the realm of possibility for both dice, but what happens if we change the number or the size of the die? 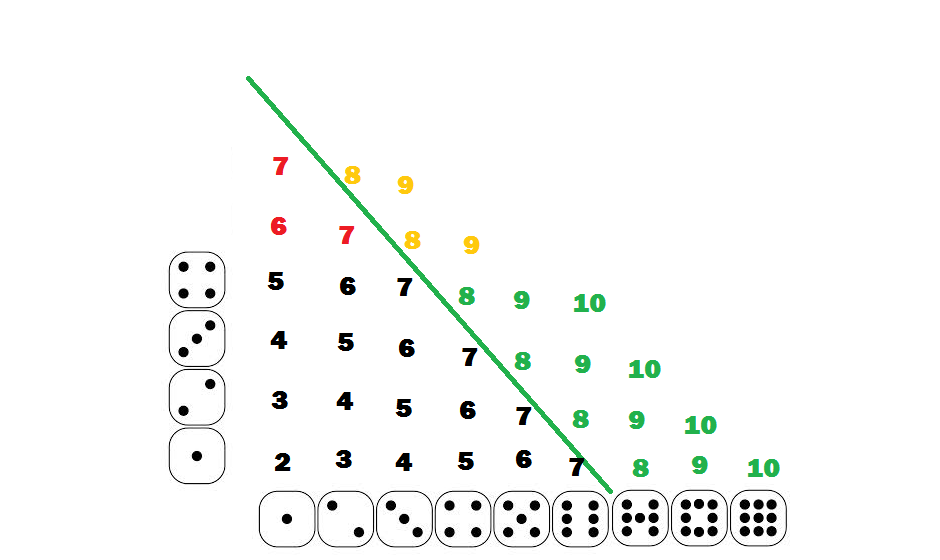 Similarly we might have to remove two red triangles if our target number is too high for both dice like in the following scenario: 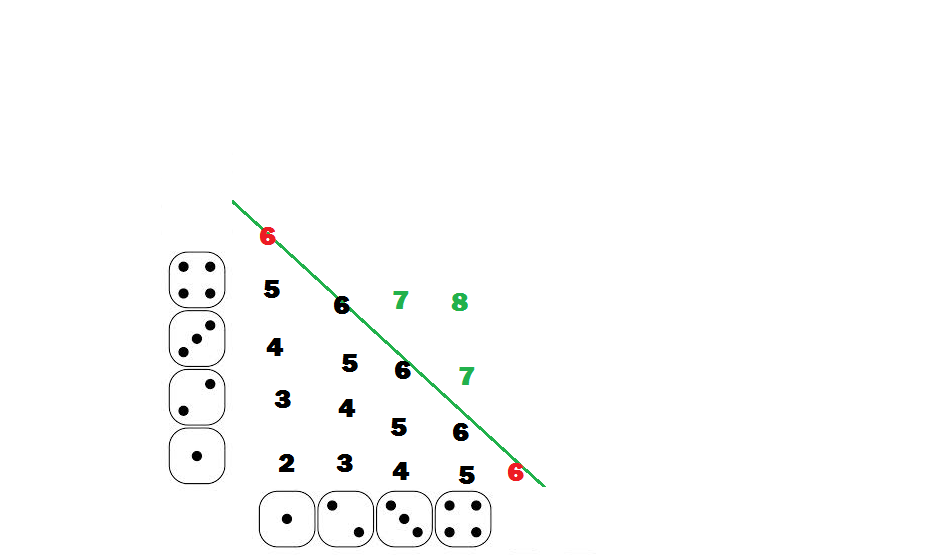 We can generalize all of this in the following formula.

The same method can work if generalizing to three dice using tetrahedral numbers instead, chopping off each corner of our three dimensional grid as necessary.

Not the answer you're looking for? Browse other questions tagged probability dice or ask your own question.