There is an awesome physical interpretation! You can think of poles as "sources of outward pointing vector lines". The rest of this answer explains that statement in detail. 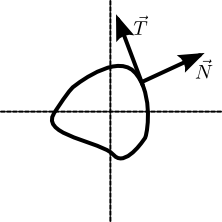 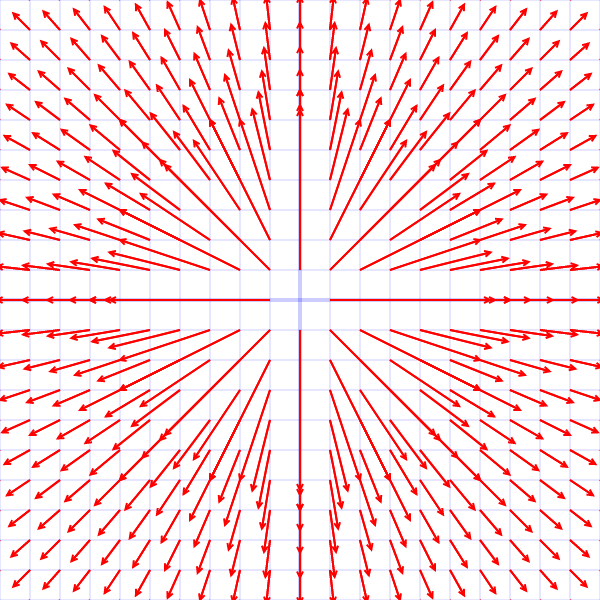 If you do the integral $$ \int_C \vec{V} \cdot \vec{N}$$ you'll find that the answer is $2\pi$ if $C$ encloses the origin, otherwise it's zero. You can check this by doing it explicitly over the path paramerized as $x = R \cos(t)$, $y = R\sin(t)$ for $t \in [0, 2\pi]$, i.e. a circle of radius $R$.$^{[b]}$ This is a spectacularly interesting result. Normally if a vector field $\vec{V}$ has zero divergence the integral of $\vec{V}\cdot\vec{N}$ over any possible path is guaranteed to be zero by the divergence theorem. Our current example $\vec{V}$ (and therefore function $f$) is special because it has a singularity, also known as a pole, at the origin. This very special vector field is the only vector field, defined everywhere except the origin, which has zero divergence but finite $\oint_C \vec{V} \cdot \vec{N}$.$^{[c]}$

So what have we learned?

$[b]$: You can convince yourself that the integral is path independent because the curl of $\vec{V}$ is zero.

$[c]$: It's unique up to addition of other vector fields with zero divergence which don't have any singularities.

1
A clarification on an answer on residues and Polya fields

0
The function $p(z)$ has finitely many poles and sum of residues zero
1
Complex Analysis: Isolated Singularities, Poles, and Residues
2
Sum of Residues of $\psi^2(-z)$
0
Residues of tanh(z)
1
Multivariate/multidimensional residues
0
Evaluate the following improper integral by using residues
1
Any possible interpretation Of Complex Integration