I've been working on a homework set for Calc III, right now we're emphasizing double integration and polar integrals. I keep having problems conceptualizing where to actually create my region of integration (and subsequently the actual integrand)

Here is the most recent problem 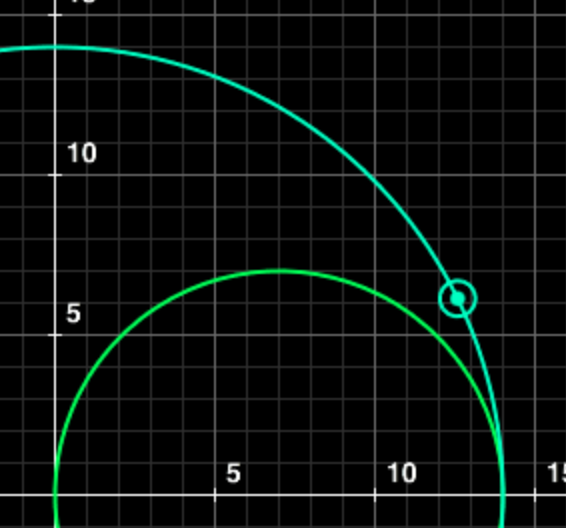 I can see the area between the circles, and if I were to approach this in cartesian terms I would probably integrate y variable first from one equation to the second equation, and then the x variable from 0 to their intercept (which is probably 14 which I mentally deduced by the coordinates and radii, I haven't actually solved it). I also know I need to come up with something for the integrand, but I wouldn't even know what to do there.

So here's what my thinking is so far for polar coordinates. I believe that because it is just the change in r and the change in theta, I should be able to just do integrate the arclength like this:

From my inexperienced perspective, I should have the correct answer but my homework says it is not correct. What do I need to be doing differently?

You just made an error in one of your endpoints for integration, it should be:

Think about it, why start half way into the smaller circle, we want the entire top half, not half of the top half.

Note: You technically can do this without Calculus just using the standard area formula for a circle and subtracting one half the area of the smaller circle from one fourth the area of the larger circle.