How could it be?

The question may be asked in inverse manner.

g(x) is a continuous positive function over all real numbers, so its anti-derivative MUST be an increasing continuous function. 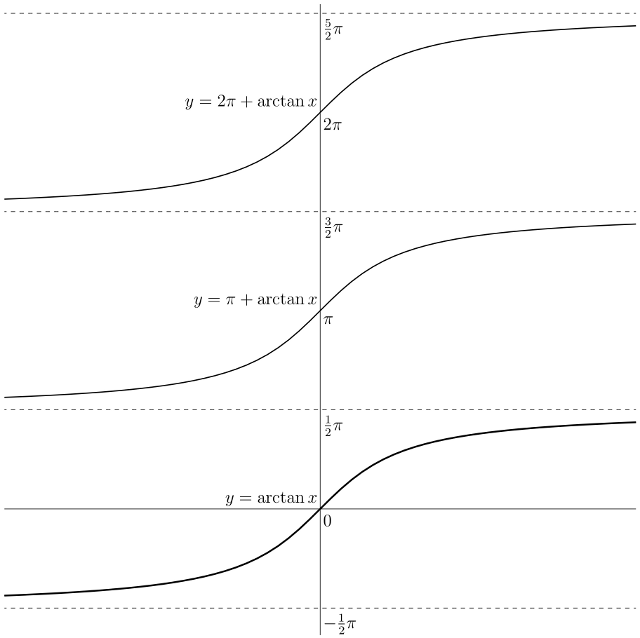 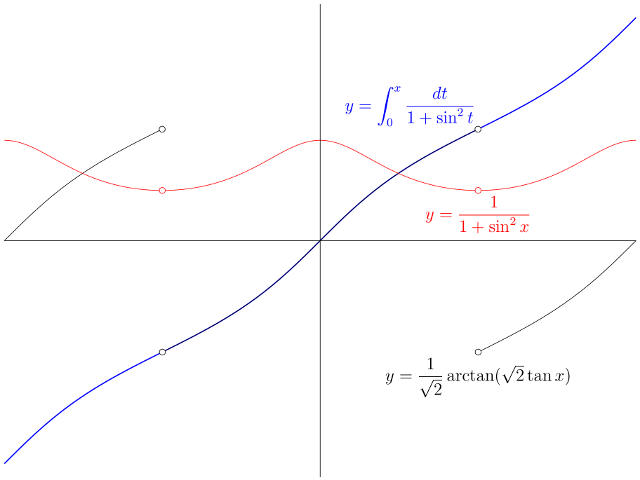 By contrast, the graph of $F$ "remembers" how many poles lie between $0$ and $x$. When $x$ crosses a pole of tan, $\sqrt{2}\tan x$ "jumps" from being "near $+\infty$" to being "near $-\infty$". Because area under the graph of $g$ accumulates continuously, the value of $F$ "continues" using the "next-highest" branch of arctan. Loosely, instead of "returning to $-\infty$ and re-using the same branch of arctan" (as $f$ does), $F$ continues by "following a dashed line from right to left" and starting on the next branch of arctan.

That is how $f$ and $F$ manage to have the same derivative (except at the poles of tan, where $f$ is undefined), but $f$ is periodic while $F$ extends continuously over the poles.

Differentiability implies continuity on the domain of the function. And the domain of a function is not necessarily the whole of $\mathbf R$.

$g(x)$ is NOT the derivative of $f(x)$ at points of discontinuity because $f(x)$ isn't differentiable there!

In the paper "Rectifying Transformations for the Integration of Rational Trigonometric Functions" by D. J. Jeffrey, he writes:

You can obtain your integral by using the complementary angle identity for $\cos z$.

The Importance of Being Continuous, D. J. Jeffrey

and the references in those papers.