Prove: In a ⊿, the bisector of the right angle bisects the Altitude and Median drawn from that same vertex.

Prove that in a right triangle $ABC$, the bisector of the right angle bisects the angle formed between the median and the altitude drawn from the same vertex.

In other words, I'm asked to prove that $\angle MBD = \angle DBH$; according to the picture below. 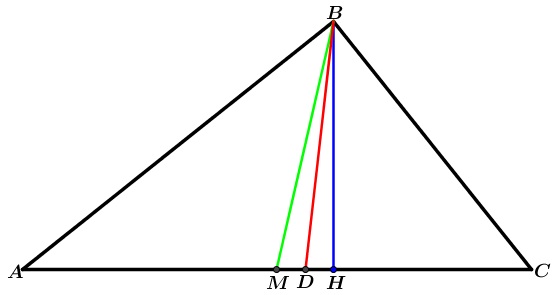 Others facts are also known:

I'm not sure how to use that information. So what I tried to do is to construct a triangle so that I would be able to prove the equality by similarity, but I'm stuck: 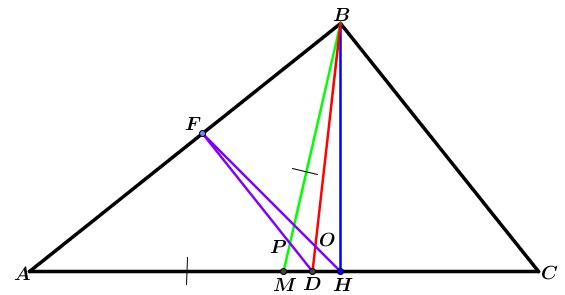 I don't know how to go further. It would be nice if there is some way to prove that $\angle BPD = \angle BOH$.

Here is the way:

$\angle ABD=\angle DBC$ by definition, thus you have