How to solve a one sided limit?

There are several techniques one can use to find a one sided limit: 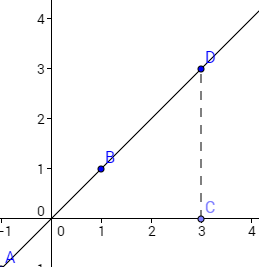 While this is not a general rule, if the function is "well behaved" (continuous), meaning it has not holes or jumps or anything like that, then simply plugging in $a$ will yield the limit. However, that is not a general way of finding the limit. A more general way would be to plug in values from whichever side the limit is approaching and see what value, if any $f(x)$ approaches.

Note: The same disclaimers as in the previous method apply here.

A more rigorous way of approaching this problem is through the delta-epsilon definition of the one sided limit, and although this is rarely the approach used in introductory calculus classes, it will be used in most proof-based calculus classes.

The definition of a one sided limit is (as taken from this question):

Using this you can prove that a certain $L$ is the limit.

Intuitively, this definition simply says that no matter how close you get to $L$, there is always a range of $x$ values which contain $a$ and which, when plugged in to $f(x)$ will be equally as close. In essence, no matter how close $f(x)$ gets to $L$, you can still "approach" it by making $x$ closer and closer to $a$ (from whichever side the limit dictates).

8
What is the formal definition of a one sided limit?

3
Question Regarding Existence of One Sided Limits
3
one-sided continuity and one-sided derivative?
1
Is there a difference between limit and “two-sided limit”?
1
Evaluate the limit and use L'Hopital's Rule if necessary.
1
Is this evaluation of the limit correct for the following graph?
0
Evaluating limits if it exist for one sided limits
0
One sided limit of an integral of a regulated function
2
Why does the one-sided limit not exist for $1/x - 1/|x|$?