I have an equation of the following form:

I want to create a sine function on a circle,somehow like the image: 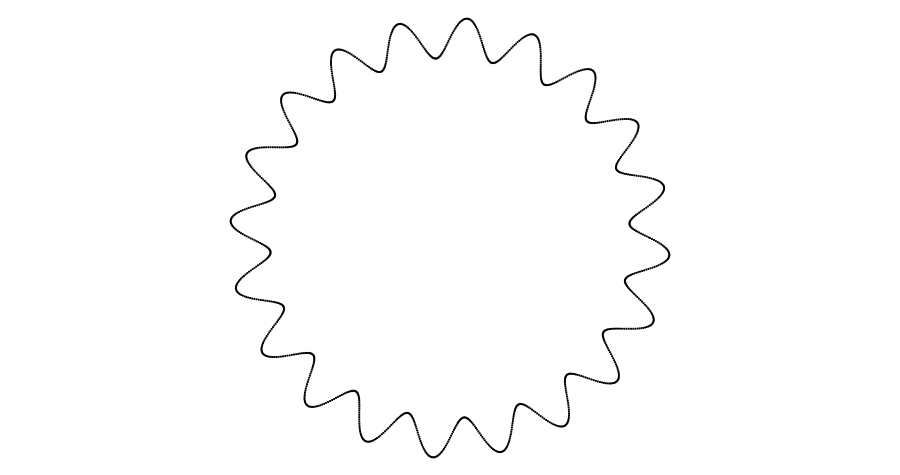 I want it to include 6 repeats of the function therefore if the length of the circle is computed as:

the period will be length/6:

and F will be:

Now I was wandering how can I keep the total length of the sine curve,as well as the number of repeats (meaning the period-F) stable and change the amplitude in order to have a curve that remains of stable length while the radius of circle increases-decreases.

I want to end up in a formula describing the amplitude in terms of length, so I want some help in understanding how do we compute the integral of a sine curve length..

Ideas, and any kind of help are welcome!

Thanking everyone in advance

You can use an equation in polar coordinates of the form: $$ r=R+a\sin(n\theta) $$ or $$ r=R+a\cos(n\theta) $$ that represent an oscillation around a circle of radius R with $n$ oscillations of amplitude $a$.

See here for an exemple.

8
Intuition for graphing Sine/Cosine
1
Drawing a fitted wave sine between any two points in 2d
0
Proving the fundamental period of tangent
1
Amplitude of Sine wave
1
Estimating the arc length of a sine wave using this polynomial formula?
3
Deeper understand of $\cos$ and $\sin$