Finding cubic bezier curve endpoints based on relationship between endpoints and a point on the curve.

I have the following information about a bezier curve: 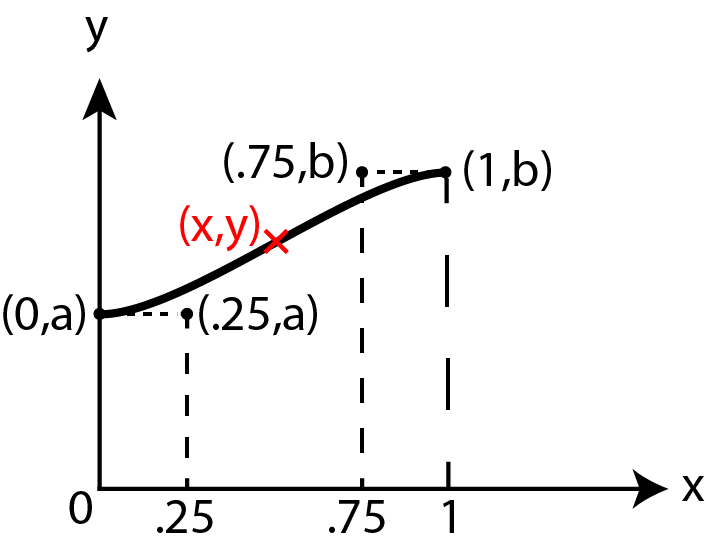 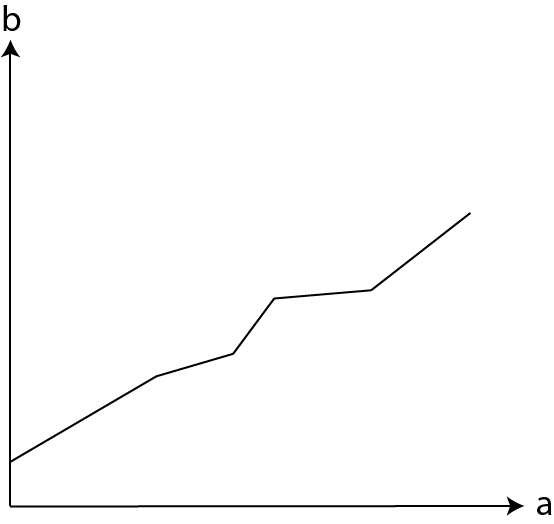 While I would prefer not to estimate the result, if anyone has an accurate estimation method that would be very helpful.

Plugging the known point $(x,y)$ into the equation

That's the equation of a line in $a,b$-space. You can intersect that with each linear piece of your piecewise linear function. If you have

then the linear segment from $(a_i,b_i)$ to $(a_{i+1},b_{i+1})$ will intersect the line, and will contribute one possible solution (except for the special case where you're counting segment endpoints twice for each adjacent linear piece, but they only contribute once).

Not the answer you're looking for? Browse other questions tagged geometry bezier-curve cubic-equations or ask your own question.

1
Approximating an algebraic curve using cubic bezier splines
4
How can I limit the amount of curvature of a bezier curve?
2
Bezier curve and deceleration
1
Join two bezier curves so that the result is two-times continuously differentiable
0
Calculate quad curve control point from on-curve point
1
Function with simple formula that looks like cubic Bezier curve
0
Finding coordinate of control point in Bezier Quadratic Curve
1
Smoothing asymptotic behavior in the curvature of a cubic bezier