High school math definition of a variable: the first step from the concrete into the abstract... 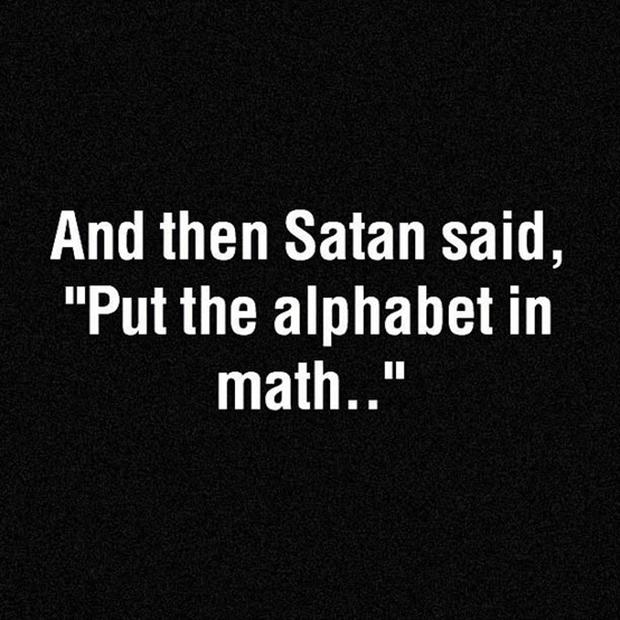 variable: A symbol used to represent one or more numbers.

Or alternatively: A symbol used to represent any member of a given set.

Another example, the variable, say x, in the quadratic equation represents a parabola when it "varies" over a given domain. But the variable in the equation $0=x^2+2x+1$ is "an unknown quantity. It does not vary." Thus, in this case the vari-able has lost its ability to "vary." Yet in both situations they are referred to as a variable, and this duality is embodied in the definition of a variable as "a symbol used to represent one or more numbers." Could the motivation behind this definition be such that we don't have to make the distinction between an "unknown specific quantity" and a "varying" quantity?

Does anyone agree that the above argument has been logically developed or is there some flaw in my reasoning? Thank you.

a symbol used to represent one or more numbers See here

I don't like the word "variable" in math. When we're solving an equation, $x$ is nothing more than the name of a number whose value we do not yet know, $x$ is not in any sense "variable". It's not as if the value of $x$ can change.

Now, in computer programming, you have variables whose value can actually change. That's different.

The duality embodied in the definition of a variable as:

"A symbol used to represent one or more numbers."

Is such that we don't have to make the distinction between an "unknown specific quantity" and a "varying" quantity.

There probably should be a strict distinction made between variables and constants. For example in a quadratic equation $f(x) = Ax^2+Bx+C,$ the letters $A,B$, and $C$ are constants in the sense that they are standing in for specific values. The variable in the equation (rather the independent variable) is $x$. The dependent variable is $y=f(x)$. This equation, which represents a parabola, is different than $0 =Ax^2+Bx+C$. Here $A$, $B$, and $C$ still represent constants, but $x$ is an unknown quantity. It does not vary. Still the nature of the solution set to that equation varies if the values of the constants $A$, $B$, and $C$ vary.

To say that the ``constants may vary'' does sound oxymoronic and counter-intuitive. I am sure that we all are guilty of having uttered such a sentence. One point of algebraic expressions is that any of the letters may be considered as a variable. Once specific values are chosen, the express becomes more definite. Indeed, all algebraic laws (at the level of high school mathematics) can be considered to be universal truths about the expression for any specific values of the variables.

I am sure that there are other real-word instances of such ambiguity in the language.

It's a philosophical question. So far I have never met a mathematically hard definition of the notion of "variable", as it is used in analysis ("free" and "bound" variables in logic are another matter). Here are some musings on the theme:

Given any set $S$ and any symbol or letter $x$ one can declare $x$ as a variable with values in $S$. In a typical mathematical discourse there are various sets $S_i$ around and associated variables $x_{i,k}$ taking values in $S_i$. Furthermore one considers equations (or relations) among the $x_{i,k}$ which make the values of some of them dependent on the values of others, or force some of the $x_{i,k}$ to assume values in a particular subset of $S_i$, or create some other "dependency" among the $x_{i,k}$. There may also be a ranking among the occurring $x_{i,k}$ where some of them are "less variable" than others. The former are called parameters of an instance of the considered problem, the later are called variables or unknowns, depending on the intended interpretation.

First expression has only one variable which is h and it is fixed.

1
Where can you perform variable substitution in an equation?
20
Is high school contest math useful after high school?
0
Alternative to using greater than operator for comparing numbers on a number line
2
High school Math team questions!!
2
High school math questions, algebra.
10
Self-study High School Math Textbooks?
4
Mathematical language : how to explain the difference between "$x$ as an unknown" and "$x$ as a variable"? Unknown versus variable?
1
What does arithmetic mean for more than 2 numbers, say 3 numbers?
6
Is the Arabic "4" a value, numeral, or numerical expression?