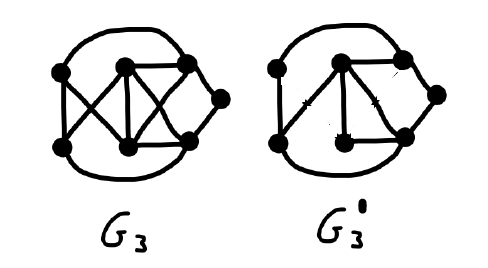 I am trying to show $G_3$ is planar. I have constructed $G'_3$ as shown. Is it correct to say that by the Jordan curve theorem, $G_3$ cannot be planar, as any drawing will cause edges to overlap. Therefore it is non-planar?

You have the Kuratowski theorem which says the following.

A finite graph is planar if and only if it does not contain a sub-graph that is a subdivision of $K_5$ (the complete graph on five vertices) or $K_{3,3}$ (the complete bipartite graph on six vertices, three of which connect to each of the other three, also known as the utility graph).

Just figure out if your graph matches or not the conditions of this theorem. That would be more rigorous than making drawings.

OK, here is the initial drawing of your graph. 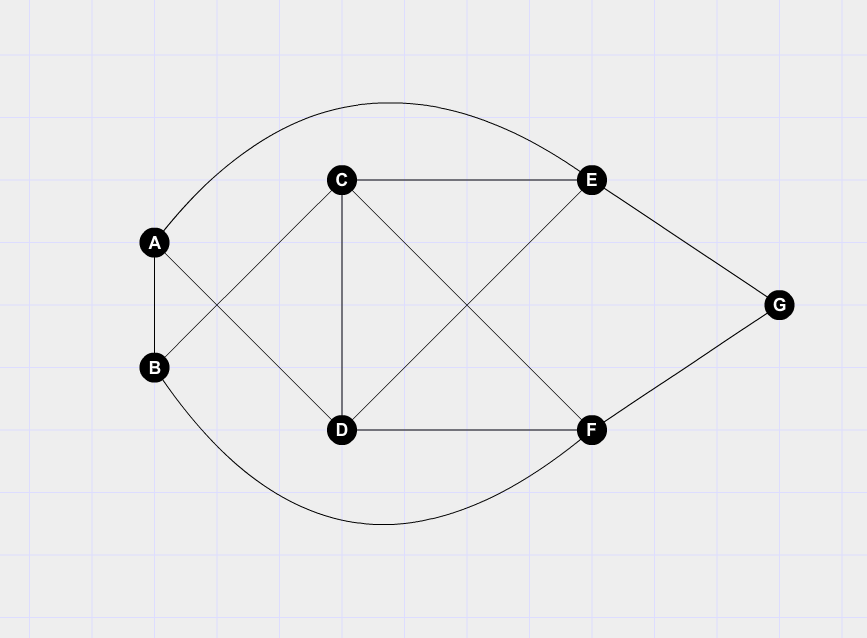 Now, if you draw it in the way shown below, it's still the same graph, but it's obvious now that after its smoothing (which removes vertex G), the graph will contain $K_{3,3}$. So the given graph is not a planar graph. 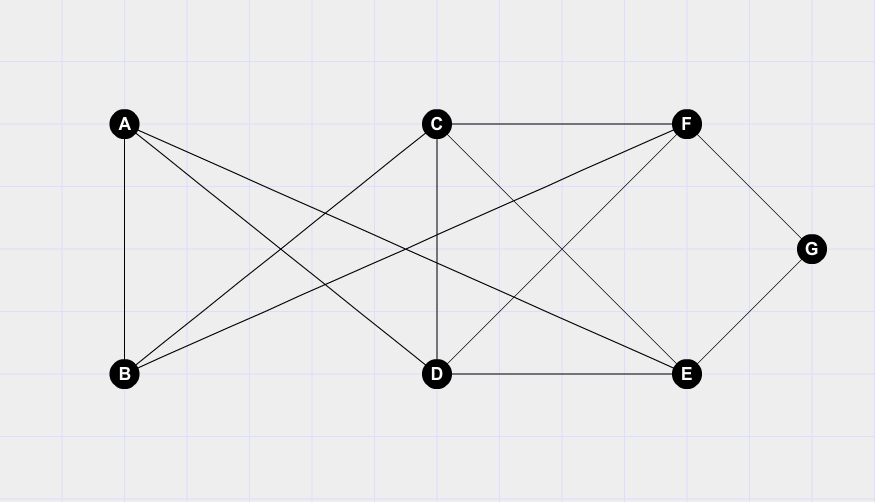 The first arrow is a rearrangement of the vertices of $G_3$. The second arrow is the desired deletion and contraction to obtain the minor $G_3^{\prime}\approx K_{3,3}$. Hence $G_3$ is not planar by Kuratowski's Theorem.

Not the answer you're looking for? Browse other questions tagged combinatorics graph-theory proof-verification planar-graphs or ask your own question.

3
Showing that a graph is NOT planar
6
Graph Theory proving planarity
22
Is this graph a planar graph or not?
3
Can you prove $K_{3,3}$ is not planar without the Jordan Curve Theorem?
1
Straight-Line Planarity For Layered Family Trees
1
Showing that graph build on octagon isn't planar
1
Family of Graphs, Planarity.
0
Proving Planarity of a graph
2
How can we formalise the notion of the face of a planar graph?