So far the only thing I have noted is that:

For powers that are greater than 10

If you are looking for the number of digits of a number, you have to write it as a power of 10 and check the exponent:

This means we have 606 digits, not necessarily all of them equal to zero because x has digits to the right of the decimal dot. Evaluating the decimal part of x gives us a clue as to the digits that are not zero:

The sum of each digit from the right side of the equation above is the sum of the digits of $2^{2013}$. For the result to be exact, the power of 10 has to have a resolution of at least 606 digits, or else digits will be lost.

See result for the first 200 values: if there's a pattern, it must be a very complicated one. 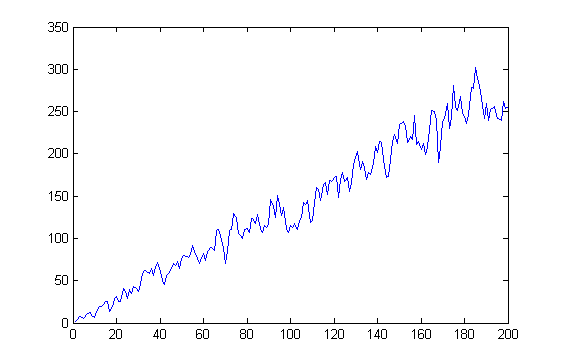 Not the answer you're looking for? Browse other questions tagged elementary-number-theory or ask your own question.

1
Sum of integers divisible by their digits
8
HINT for summing digits of a large power
6
last two digits of $9^{1500}$ (Dummit Foote -Abstract Algebra preliminaries $0.3.5$)
1
Slight confusion about the calculation of the last digits of graham's number
1
How many three-digit numbers are 34 times the sum of their digits?
2
Find The Last Two Digits Of $9^{8^7}$
4
Problem dealing with the sum of digits of certain numbers.
2
Find all the numbers that are equal to one quarter of the sum of their own digits