Can I represent groups geometrically?

I have just taken up abstract algebra for my college and my professor was giving me an introduction to groups, but since I like geometric definitions or ways of looking at stuff, I kept thinking, "How do you represent a group geometrically in a space?" Is there any way of representing it?

This is a natural question; the short answer is (1) yes, and (2) that this can be an instructive and powerful way to understand particular groups. In fact, this perspective is so natural, that modern students are sometimes surprised that groups were not invented for this purpose. (Rather, Galois introduced them to study what are now called Galois groups, that is, the groups of automorphisms of splitting fields of polynomials, which is an almost entirely symbolic, rather than geometric, enterprise.)

We can produce more familiar examples by imposing additional conditions on the symmetries, e.g., by requiring that they preserve the orientation of the set $X$:

One can also ask about groups with infinitely many elements:

If we expand our scope to permit more exotic geometries, we can find new classes of examples, for examples, projective planes over finite fields:

Generally the projective special linear groups $PSL(n, p^k)$ are unfamiliar to a beginner, but there are a few exceptions that give us new ways to view familiar groups:

One can expand on these lists (which should be regarded only as collections of examples, and not in any way exhaustive) wildly by generalizing in various ways what exactly one means by geometric.

Aside Surely this answer is already long enough, but I'll point out that the converse to your question is natural and important, too: For any geometric object $X$, we can ask for the group $G$ of symmetries of $X$. This too is a deep font of interesting examples, but I'll mention just a few related families of examples, the first two of which have tractible classifications and the third of which has a famous application:

You might find interesting a computer app called Group Explorer.

The app provides visualizations of 59 groups. Additional groups are available as separate downloads. 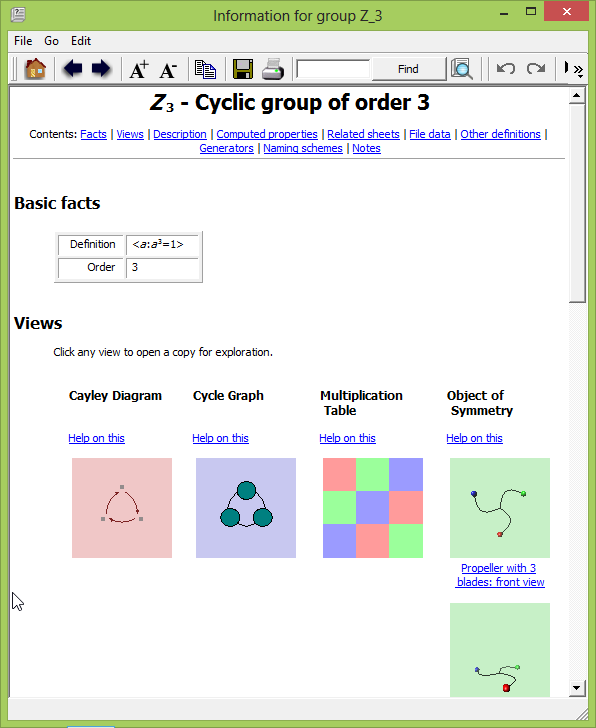 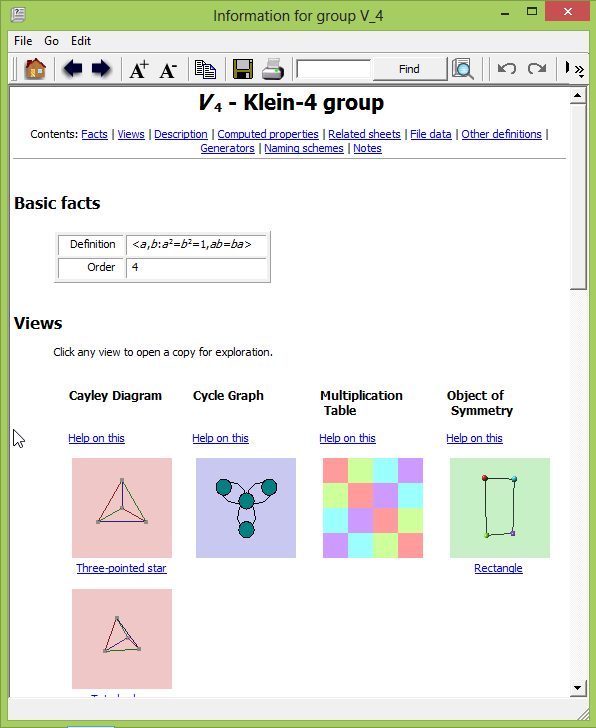 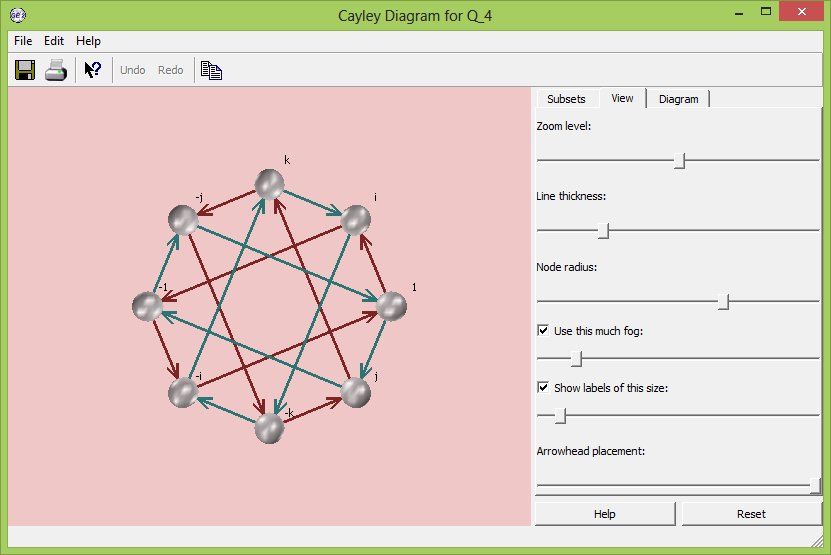 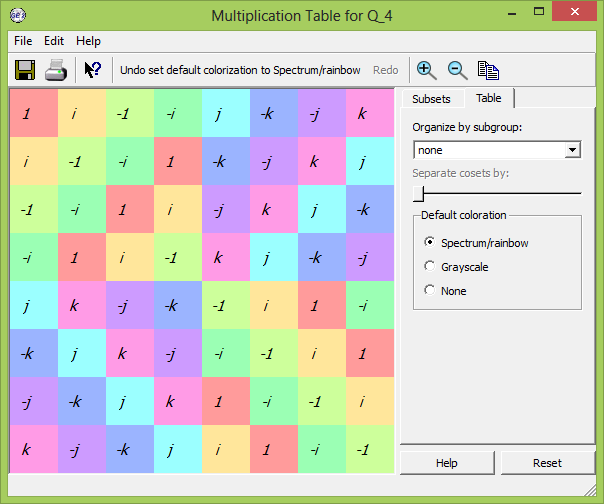 3
Lattices inside matrix groups $SL_2(K)$
4
How can I geometrically (or geographically) group items together?
3
want to study permutation groups, only background is linear algebra and calculus
1
examples of polyclic groups
3
Vector Spaces and Groups
4
Can Cayley's Theorem be applied to groups with infinite order?
2
Intuition or Geometric model for Dicyclic Groups?