What's the hard part of zero?

A lot of textbooks said it was hard for human to accept zero when it was first introduced.

How could it be? It seems to me as natural as positive integer which represent there is no elements at all.

Of course it seems natural to you; you grew up in the modern world, where everyone accepts zero. More importantly, people now accept the abstract concept of numbers and are capable of divorcing them from the things that they represent. This is a sophisticated point of view. From a more naive point of view, a number is a property of a collection of objects: when I say there are $2$ apples somewhere, that is a property of a collection of apples. If there are no apples, then what is there to "hold" the corresponding property? So instead of saying there are $0$ apples, people said there are no apples.

In computer science terms, apples.num() is not defined if there is no apples variable!

The problem was that math started out of necessity. Shepherds needed to count how many sheep they own, parents needed to count how many children they had, etc. For most simple mathematics, zero is simply a place-holder. Who needs to count zero sheep? Even the most basic forms of counting--using your fingers--who has zero fingers? Zero is also pretty closely tied to the concept of negative numbers as well, which are a very non-natural inclusion for mathematics that simply evolve out of necessity. What shepherd in his right mind has -1 sheep. Wrapping your head around the idea of zero is easy once the idea is conveyed, but somewhat non-intuitive to arbitrarily include. Even worse, once you do include zero, how do you deal with all the problems that come along with it such as division by zero. A great history on the story of how we came to understand zero can be found in the book: Zero: The Biography of a Dangerous Idea by Charles Seife. 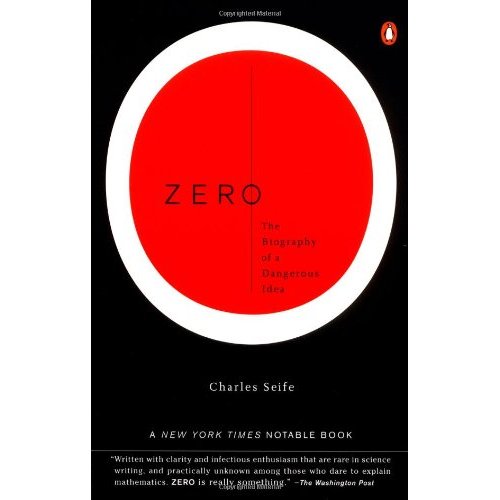 Question: What is the name of the first female U.S. president?

Answer: There hasn't been one yet.

It is common to respond to a question by explaining that the question itself is flawed. Because there have been no female U.S. presidents yet, it doesn't make sense to ask for the name of the first one.

Question: How many apples do you have?

Answer: I don't have any apples.

Responding to a "how many" question can follow the same principle: the question is flawed because I don't have any apples, so it doesn't make sense to ask how many I have. It can be very, very difficult to revise one's thinking about something so basic; even today, there are many people who can't understand zero as a number, and instead think of it as simply a computational trick, interpret it as a sort of "not a number", or other similar sort of thing.

You can't count out zero 'things'; I would imagine that that was the big issue. Same goes for the negative side of $\mathbb{Z}$.

When did 'none' come to be a number? My guess is that it was when merchants or scribes first codified symbolic addition and subtraction to calculate quantities of food and supplies on hand. Intuitively, they must have known that 'none' would be the result of subtracting 100 bushels of wheat from same. And that adding 100 bushels to 'none' would give you a measurable quantity. Philosophers may have quibbled about whether 'none' was a real and true number, but I'm sure it was all too real to the merchants and scribes of antiquity.

There are actually five different kinds of zero. Just because some parts of zero are not implemented, it does not mean that any have. Egypt did have a zero, but only in the sense of 'empty bag'.

If you have stones in columns of your abacus, the number system allows you to convert these into some portable form, so someone else can repeat the pattern. In token systems, one gives the name of a token for each stone. Positions with no tokens need no name. Here is the roman layout for such a thing. A number like 56, is an L, a V and an I stone, ie LVI.

The demotic system, repeated into alphabetic systems, use a system where there is a seperate symbol for 'seven stones in the tens-column'. Like the tokenised system, there is no need to present an empty column.

You only need empty column-markers, when the symbols consist purely of 'six stones in this column'. The usual implementations are to skip outside columns, and skip internal columns.

For example, the greekish system (borrowed by the arabs etc), is to use the '10' letter as a kind of zero (which is why it appears at the end of the row of numbers).

Leading zeros appear in division-bases, like our time system (division-base 60), where in 0001 it means 0 in the first column and 1 in the second column. In base 60, there is an alternation between the top and bottom half of the abacus (which is presented as horizontal vs vertical arrows). Zeros were represented by points (ie sentence stops).

Trailing zeros appear in multiple-bases, where the units are the lowest column, so we have

Both the 0's at c and i are needed, the first says an empty column lies between m and x, and the second says the last quoted digit is an x, rather than an i.

Semimedial zeros do not occur in decimal, but you can readily find these in base 60. The actual implemetation of the sumerian digits is not eg '35' as a digit, but two different runs of digits, eg

Both of these would be written C (three horizontal rays) followed by 2, two verticals, but we would write these as 32 vs 30.02 The usual is to space the C from the 2, to show that there are empty places, ie C 2 vs C2.

The difficulty, I believe, is that people working with numbers many centuries ago totally accepted the following:

$$\text{The result of adding together two quantities is greater than both of them.}$$

They did not differentiate between quantities and numbers.

Scientists gradually realized that numbers might be up to humankind to abstract and use for our own ends, and that by introducing zero as an additive identity was not really an absurd idea - it would indeed make calculating things easier.

Now set theory and axioms is the modern framework, but to construct $\{1, 2, 3, 4, \dots \}$ under addition using alternate logical systems, you most likely will be accepting $\text{P-3}$ from this link.

It is interesting to observe that in the modern (abstract) approach, all that is really necessary to get 'the numbers', is to agree on just two things:

$\quad$ The existence of an empty set (which corresponds to zero).

$\quad$ The axiom of infinity.

In many places, i.e., accounting 0 meaning nothing is represented by a line.

and sometimes by xx ... as written on a cheque:

Not the answer you're looking for? Browse other questions tagged soft-question math-history number-systems or ask your own question.

51
Is zero a prime number?
22
History of zero?
9
Why do some people state that 'Zero is not a number'?
4
Algebraically Constructing the Natural Numbers Using a Binary Operation Satisfying Some Properties

0
When - during the study and development of- - and how were complex numbers introduced in the study of [real-valued] power series (expansions)?
4
Was there a culture/number system with negative numbers but without zero?
19
Why don't we use base 6 or 11?
22
History of the theory of equations: John Colson
0
What makes it clear that 1 precedes 2?
12
Did the directional derivative get developed before the gradient?
1
Is the connection between $e$ and $\pi$ "arbitrary" or "natural"?