On the existence of finitely generated modules with finite injective dimension

Assume $R$ is a commutative local Noetherian ring. It is known that if there is a finitely generated module with finite injective dimension then $R$ is Cohen-Macaulay. My question is:

if $R$ is CM is there a finitely generated module with finite injective dimension?

I think I read the construction of such module in Bruns-Herzog but I cannot remember it nor I can find it on the book. Of course if the ring is a homomorphic image of a Gorenstein ring the you can just take the canonical module, but in general is there such module? 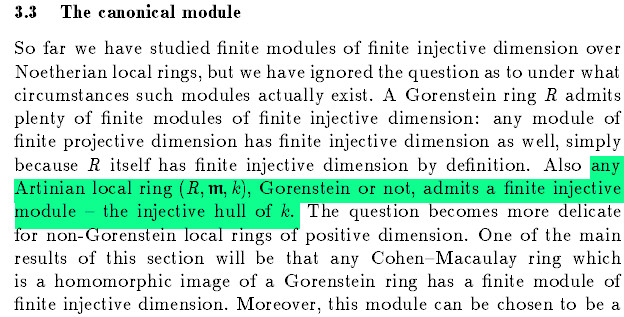 Note that this contains user26857's answer, too.

Not the answer you're looking for? Browse other questions tagged ring-theory commutative-algebra modules or ask your own question.