Show that all the intervals in $\mathbb{R}$ are uncountable

Show that all the intervals in $\mathbb{R}$ are uncountable.

I have already proven that $\mathbb{R}$ is uncountable by using the following:

However, how can I show that ALL the intervals in $\mathbb{R}$ are uncountable?

Note: I'm assuming a priori that we know $\mathbb I$ is uncountable, but since you used that in your prior proof, that seems OK.

I'll show you geometrically a one-to-one correspondence between $(0,1)$ and $(0,2)$, showing that they have the same cardinality. 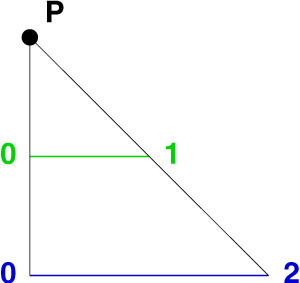 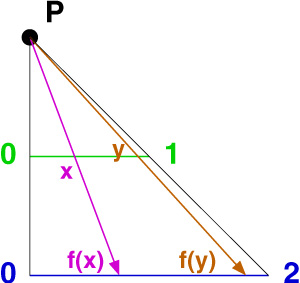 Now, to show that these are all uncountable, it suffices to provide a one-to-one correspondence between $(0,1)$ and $\mathbb R$. 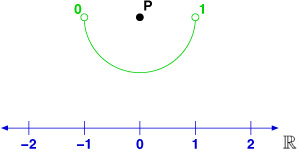 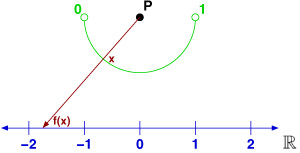 As we get closer and closer to the boundary of $(0,1)$, it gets stretched out more and more. It would be getting stretched out infinitely far at $0$ or $1$, but it's OK because those points aren't there! And we get to take this finite thing and distort it, a lot, to cover this infinite thing! (Since we're doing $(0,1)$, $0$ and $1$ aren't included in the set we're trying to pair up.)

Now, one thing I haven't yet shown you is a one-to-one correspondence between $(0,1)$ and $(0,1]$ (or, for that matter, between either of those and $[0,1]$.) I haven't been able to find an image for this — I might edit this later if I find one. (Or I could draw it and photograph it with my phone.) However, hopefully I've convinced you that these are all uncountable, and that's all you really wanted to do, so this detail isn't essential.