Are there a closed subspace $C$ of $\mathbb{R}^2$ and a continuous, bijective function $f:C\to\mathbb{R}^2$ that is not open? 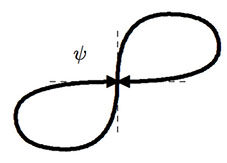 This idea can be used further, as in the following pictures. 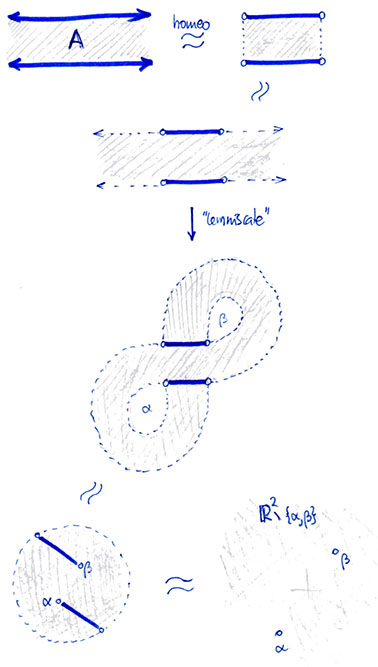 One starts with a closed band $A\subset\mathbb R^2$ and modifies it homeomorphically to have a band with only to segments in the boundary. Then bends it a la lemniscate, which gives something like a disc with two holes, which is homeomorphic to a disc minus two points, then to the plane minus two points. Finally the non open bijection $A\to\mathbb R^2\setminus\{\alpha,\beta\}$ extends to a bijection $C\to\mathbb R^2$: $C$ is $A$ plus two separated points $a,b$ and the extension, continuous but not open, maps $a\mapsto\alpha, b\mapsto\beta$.

The next pictures are a variation of the above argument that accompasses @Chilote smart answer: 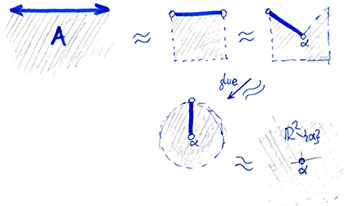 Here we see the same topologist strategy to produce a bijection $A\to\mathbb R^2\setminus\{\alpha\}$.

Finally, a remark to add context to the problem. Suppose we can define a homeomorphism $f:C\to\mathbb R^n$ from a closed subset $C\subset\mathbb R^n$ onto $\mathbb R^n$. Then it extends to the Alexandroff one point compactifications $C^*\sim{\mathbb R^n}^*$. Now, that of $\mathbb R^n$ is the sphere $\mathbb S^n$ and that of $C$ is its closure in $\mathbb S^n$. But a sphere can't be homeo to a proper subset, hence the starting $f$ cannot exist. Consequently, the problem is

Is there a continuous bijection $C\to \mathbb R^2$?

Indeed, none that exists can be open, because then it would be a homeo.

The answer of @Jesus RS is brilliant! It shows the more important point of the problem: $C$ does not have to be connected.

Not the answer you're looking for? Browse other questions tagged real-analysis general-topology or ask your own question.

9
Intuitive meaning of immersions
12
Find $f:C\to\mathbb{R}^2$ continuous and bijective but not open, $C\subset\mathbb{R} ^2$ is closed and connected