Do any two rational triangles of the same area have a common side-rational dissection?

Of course it's a classical result that any two polygons of the same area have a common dissection; a standard proof goes through triangulating the polygons, using a triangle-to-rectangle dissection, partitioning the rectangles for both polygons into a set of common-area rectangles, and then using a rectangle-to-rectangle dissection. But many of the steps in this process will involve non-rational sides (for instance, the rectangle corresponding to a triangle of rational sides but irrational area certainly can't have rational sides), and it's not clear that such a dissection could be patched up. 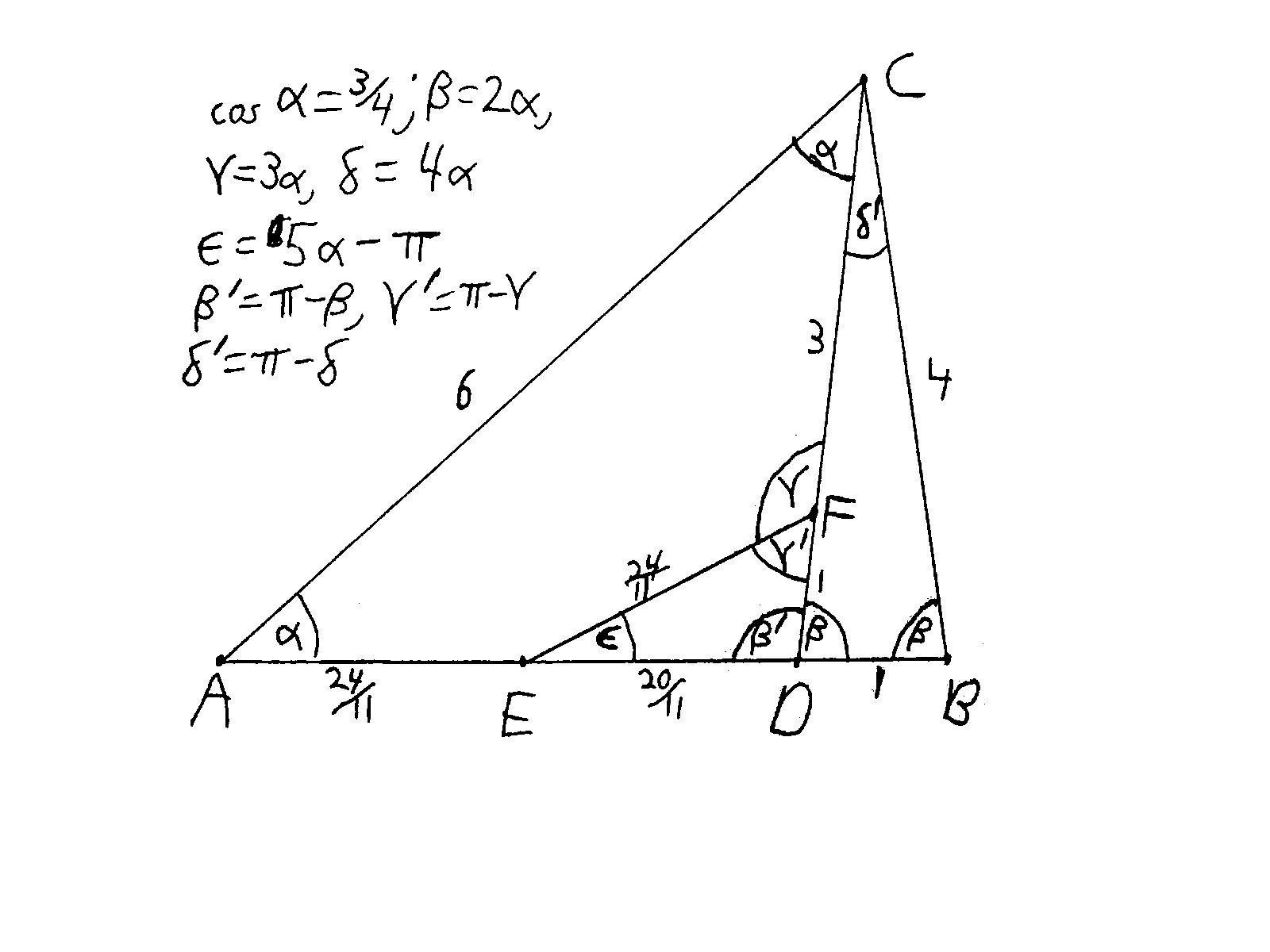 All the lengths here can be shown straightforwardly with the law of sines and law of cosines; these triangles are a somewhat special case because so many of the angles involved are multiples of each other, but it seems likely that any rational triangle will inherently be special in somewhat similar ways.

EDIT: the original version of this question asked about arbitrary polygons, but having thought about it more I would be amazed if that result is true. The area of a (side-)rational triangle is always the square root of a rational number (by Heron's formula, for instance), but already rational-sided quadrilaterals can have arbitrary area: just imagine 'flexing' a rhombus with all sides of unit length, from a square down to a trivial, collapsed shape: it will continuously take on all areas from $1$ to $0$. This implies, for instance, that there's a rhombus with all sides of unit length and area $\frac\pi4$; such a rhombus can't be dissected into rational triangles, and it's hard to imagine any shared dissection it would have with, e.g., the rhombus with all sides of length $2$ and area $\frac\pi4$. (Which admittedly isn't a proof that one doesn't exist!)

A fair bit of rummaging around the web has turned up nothing on the topic; if anyone has pointers to similar matters, they'd be very much appreciated.

We first dissect $T,T'$ into side-rational parallelograms $P_1,P'_1$ each of which has a side of length $1$. If $T$ has vertices $A,B,C$ with $|BC|$ integral, let $M_B,M_C$ be the midpoints of the sides opposite $B,C$, cut $T$ into the half-size triangle $A M_B M_C$ and a residual trapezoid, and combine them to form a parallelogram $P$ with sides $B C$ and $B M_C$. Then divide $BC$ and the opposite side of $P$ into unit segments, connect corresponding points to cut $P$ into $|BC|$ congruent parallelograms with one side of length $1$ and the other parallel to $B M_C$, and join them by the unit-length sides to form a parallelogram $P_1$. Apply the same procedure to $T'$ to dissect it into $P'_1$. It is easy to see that all the polygons involved in each dissection have rational sides, each parallel to a side of $T$ or $T'$.

The fact that this dissection is side-rational then follows from repeated application of the following lemma:

If triangle $ABC$ has rational sides then the altitude from any vertex divides the opposite side into rational segments. (One of the two segments may have zero or negative length if the triangle is right or obtuse.)

Now in our dissection each edge is parallel to an edge of $T$ or $T'$, and by the lemma each vertex projects to a point on $\ell$ at rational distances from the common vertices of $P_1$ and $P'_1$. Hence each side is a rational fraction of some side of $T$ or $T'$ and is thus rational. $\Box\Box$

Not the answer you're looking for? Browse other questions tagged geometry polygons dissection or ask your own question.

1
Area of irregular polygon using side edges
1
How does one solve arbitrary polygons, in the same sense as one solves a triangle?
6
Two triangles, only one different side, same area?
2
Show that the area of some shape, in this case a rectangle, equals the sum of the areas of the shapes forming a partition of the shape.
3
Area of rhombus given circumradii of its contained triangles
20
Can a parallelogram have whole-number lengths for all four sides and both diagonals?
19
proving that the area of a 2016 sided polygon is an even integer