I am trying to visualize lens spaces geometrically.

While I am aware of the fact that most manifolds which cannot be embedded in $\mathbb{R}^3$ are hard to visualize because of the obvious limitations, some of them are not too complicated; For example, the 3-sphere can easily be seen from its simpler Heegaard splittings, or even directly from the compactification of $\mathbb{R}^3$. The Klein bottle is a bit more tricky, but can sort of be visualized if we think of the fourth dimension as a change in colour, for example.

The definitions can be found here: http://en.wikipedia.org/wiki/Lens_space

The first definition is completely non-intuitive for me (I can't even visualize $S^3$ as embedded in the complex plane). The Heegaard splitting definition is simple, but unclear geometrically as well. I think the one using identifications on a ball is the most promising, however when I'm trying to draw and visualize it I get something which doesn't feel like a manifold (and not for non-embedding reasons), so clearly I'm doing something wrong.

So could someone suggest a way to visualize those spaces? Pictures and/or references would also be of great help.

In fact, you can write the action down explicitly with three coordinates using toroidal coordinates; there's a paper by Weeks and some others that explicitly computes the Laplace eigenfunctions of lens spaces using these coordinates. Here is the paper; the first couple of sections are what you want. Turaev's book on torsions also has a section on lens spaces, which is where I got the picture of the invariant cell decomposition below.

As an abstract gluing, what you're doing is gluing bottom to top with a twist. This also helps with visualizing the action on $\mathbb{S}^3$ in stereographic projection: Think of a fundamental domain as a lens-shaped thickened disk spanning the unit circle in $\mathbb{S}^3$ and the action tiles $\mathbb{S}^3$ with rotated copies of this disk. I believe this is where the name "lens space" comes from. Rolfson has some good illustrations in his book on knot theory.

To construct it via Heegaard splitting, take two torii and glue with a twist. To visualize this, think of one torus as sitting in $\mathbb{R}^3$ and the other as its complement; when you cut and reglue, you're effectively reproducing the action on $\mathbb{S}^3$.

Some pictures. They're kind of noisy, I hope they're helpful. 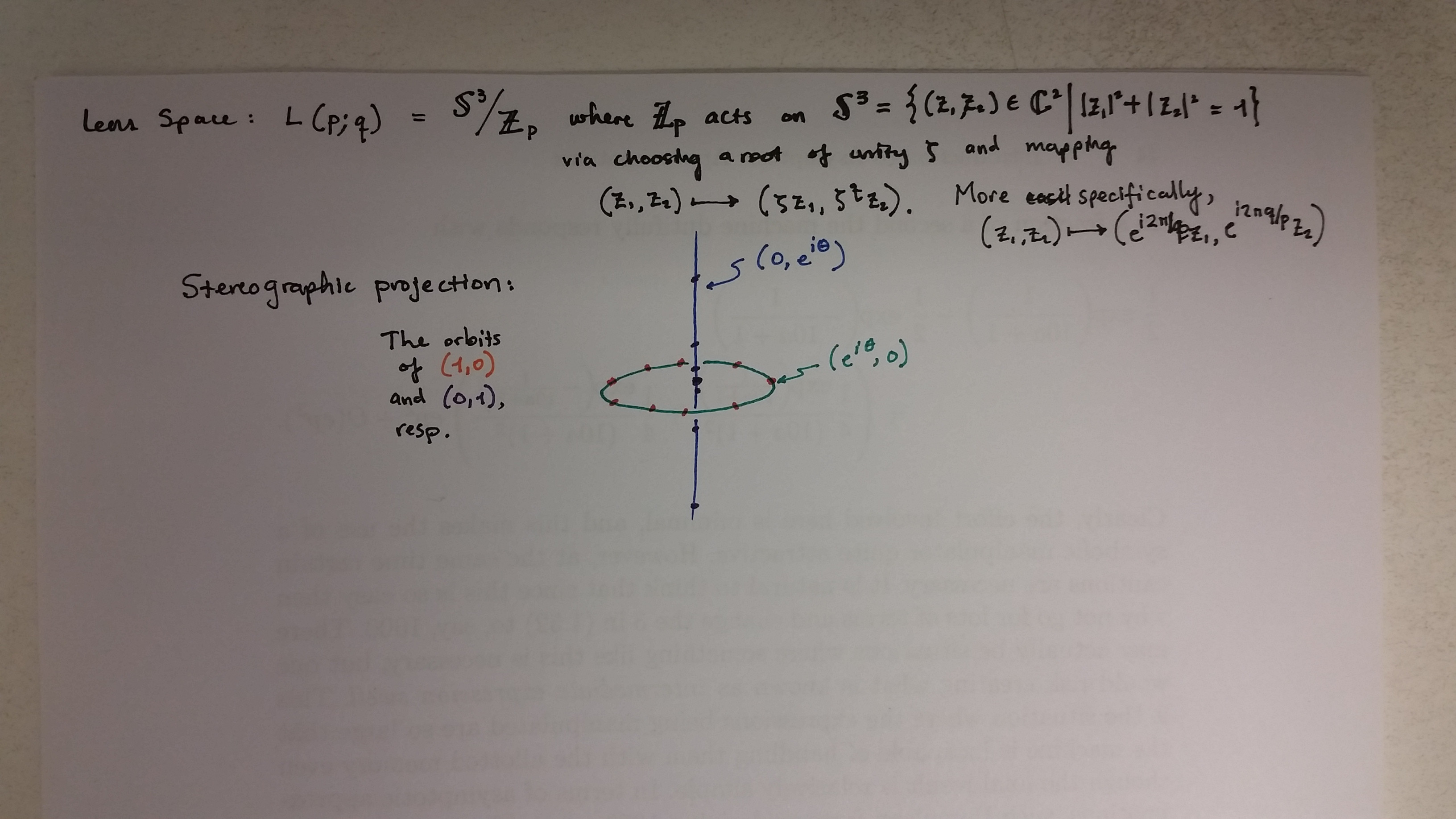 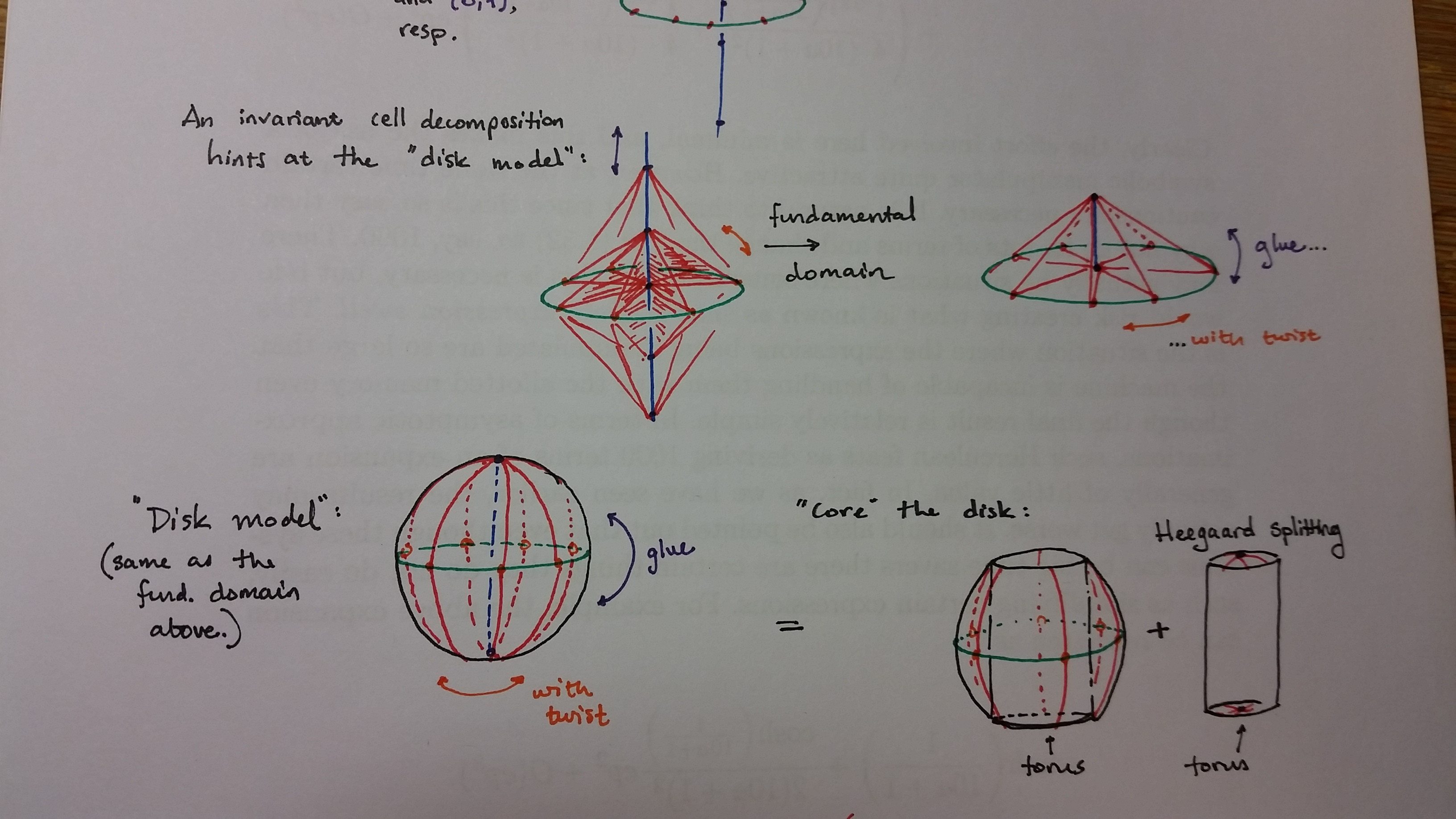 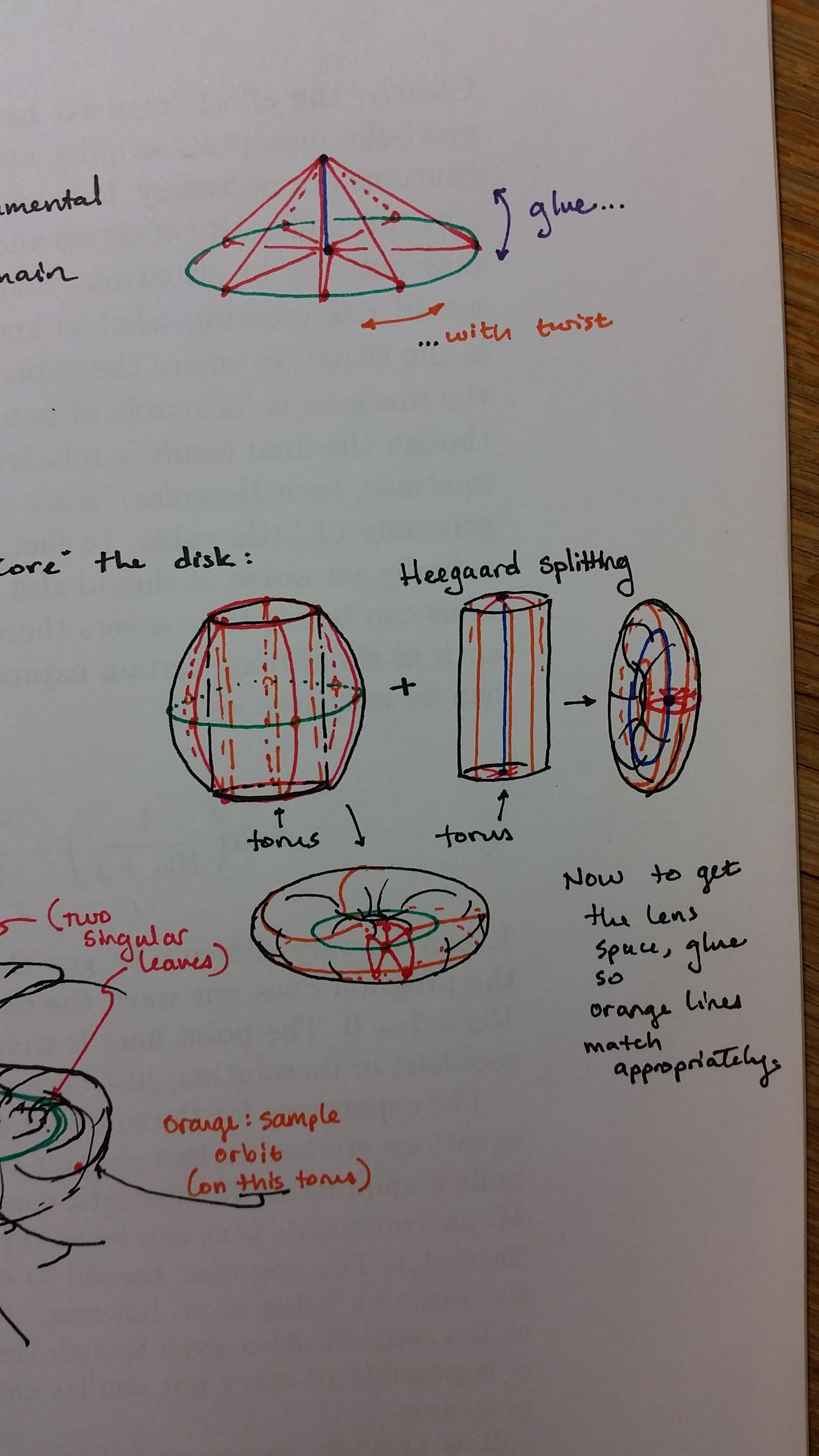 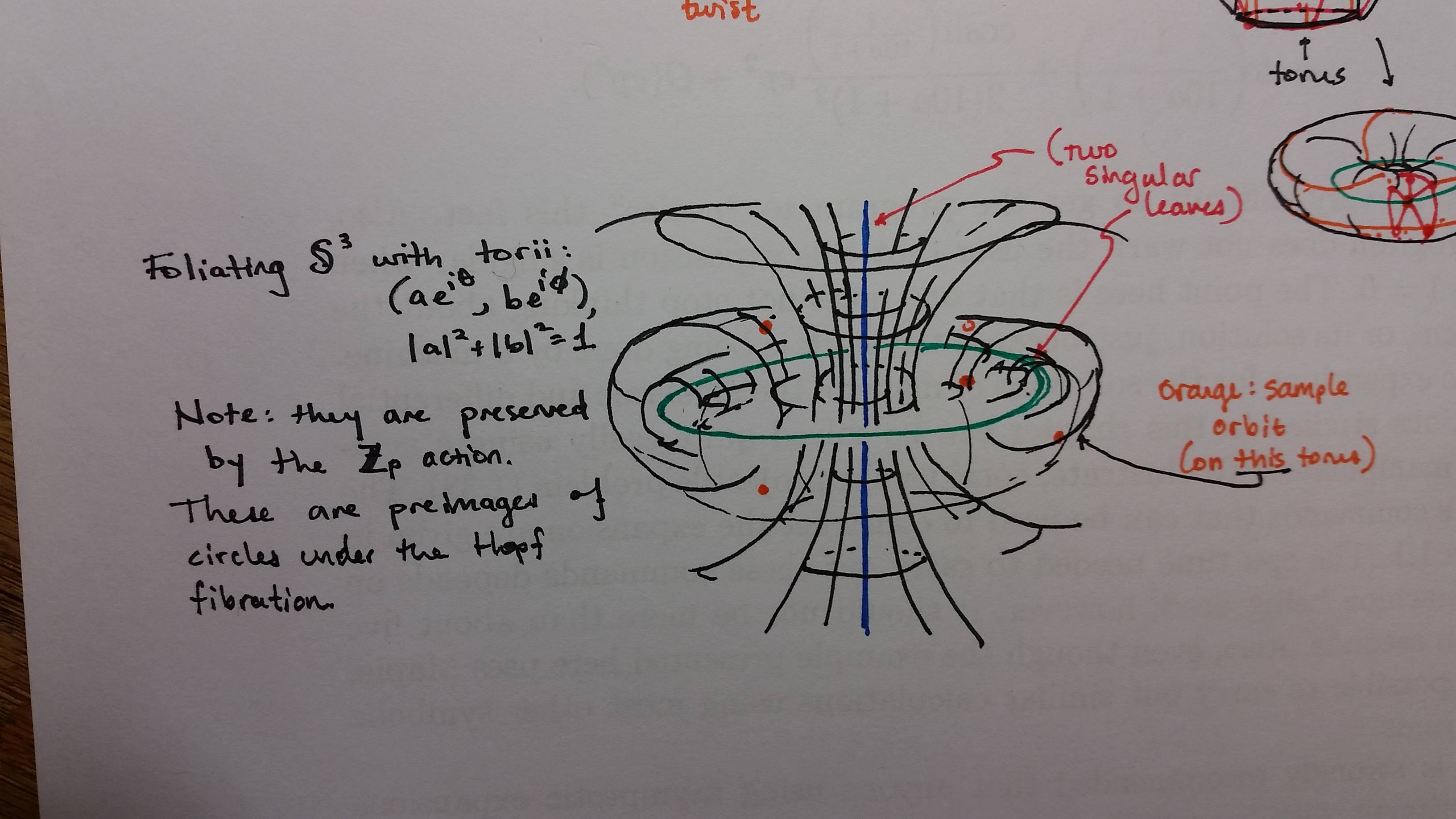 @Neal has provided a superb explaination. There is also a Yotube video giving some detailed understanding: https://www.youtube.com/watch?v=BCWBT3OTzNk&list=PLpRLWqLFLVTCL15U6N3o35g4uhMSBVA2b&index=27

Not the answer you're looking for? Browse other questions tagged differential-topology intuition visualization low-dimensional-topology or ask your own question.

7
Geometric interpretation of $q$ in Lens space $L(p,q)$
3
Visualization of the fact that the integers defining lens spaces must be coprime
1
Reference for triangulations of lens spaces
1
Two definitions of Lens Spaces

5
Trying to draw the tautological line bundle ($\subseteq \mathbb{CP}^1\times \mathbb{C}^2$)
11
How can one visualize topological quotients or develop intuition for handling them?
5
Construction of lens spaces
6
Using Alexander's Theorem to show that the sphere $S^3$ is a prime manifold
4
Heegaard Diagrams Understanding
3
Obtaining the three torus via Dehn surgery