What IS the value of a complex line integral?

The value of a line integral in vector calculus can be seen as "the sum of how much the of a vector valued function affects every point of the curve". I know this is not a mathematical definition, but it helps in giving a mental picture of what the value of the integral is. It can also be related to physics, we can for example think of a particle moving in a streaming fluid, then the line integral is the sum of the work done on the particle by the force of the fluid along the line the particle moves. So for example if the fluid has a very strong force along with the movement of the particle, then the value of the line integral will be large, while if it's weak it will be small. It's easy to see the correlation between the math and the physics here.

However, when it comes to complex line integrals, I find it hard to even find a definition in words of it that can be related to making a mental picture of it, and even less connected to some physical example.

I mean if we calculate a complex line integral, like $$ \int_C f(z) dz=S $$ Then what IS the value $S$? In a regular integral it's easy to say for example "it's the area under the function curve", and in a real valued line integral it can be said to be the total work done on a particle, for example. But when it's a complex line integral, WHAT IS IT that has actually been calculated? What does the size of the value $S$ mean? If $S$ is a big or small number, what does that signify about the function and the curve that can be visualized geometrically and give a mental picture of it?

I want to understand it not just as a mathematical concept, but in a way that connects it to the real world. I know it must be possible since this is being studied in engineering programs (which deal with real world applications) and not just theoretical mathematics. 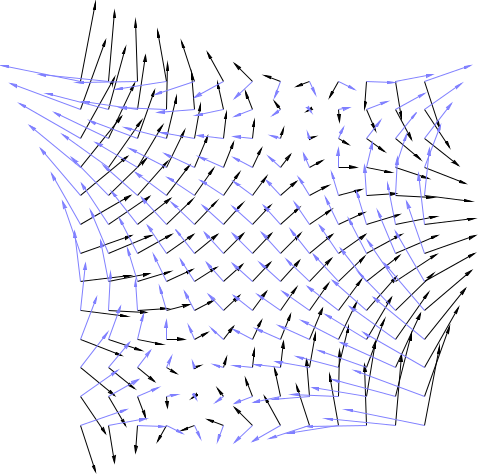