Why is the derivative of a vector orthogonal to the vector itself?

But you use the same derivative to find the tangent of a curve. Then somehow if you differentiate the tangent itself, you get the normal to the curve.

I really can't wrap my head around this. Could someone help me understand?

I'm going to assume that you mean to ask why the derivative of a fixed length vector is perpendicular to the vector itself. Here's the idea:

If you want to think about why it is true, think about an object rotating on a circle around the origin. Draw some diagrams to figure out what the position and velocity vectors are. Position points outward radially if we imagine the center of the circle is the origin of the $xy$ plane. Velocity is the rate of change of position. If you consider the average velocity over some interval of time, it would be a secant vector (if you want to call it that). As you take a limit, the secant vector will become a vector tangent to the circle. See the images below. (Note that there are length considerations for $v_{\text{avg}}$ that I am ignoring, but that's not super important for this heuristic argument.) 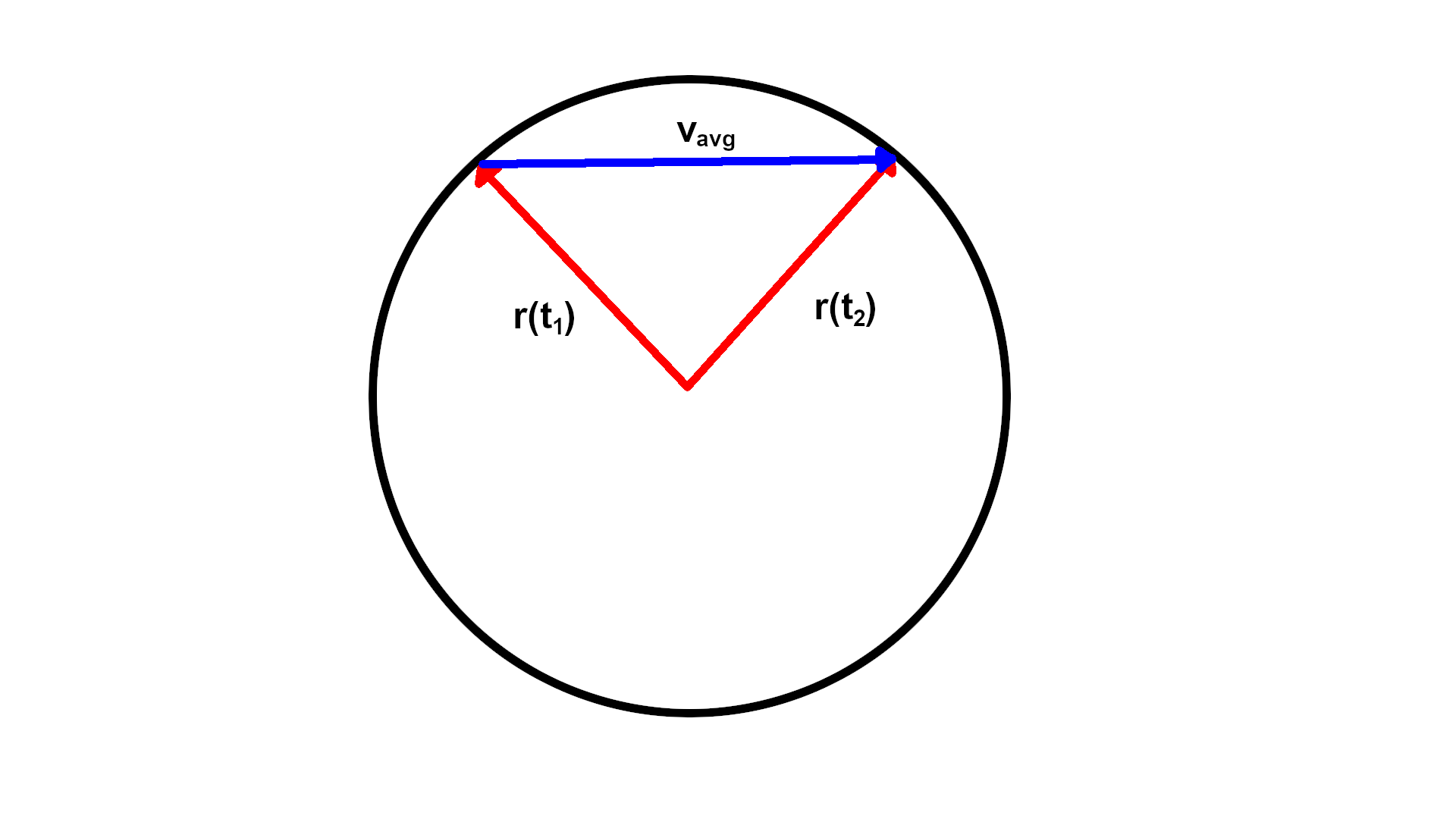 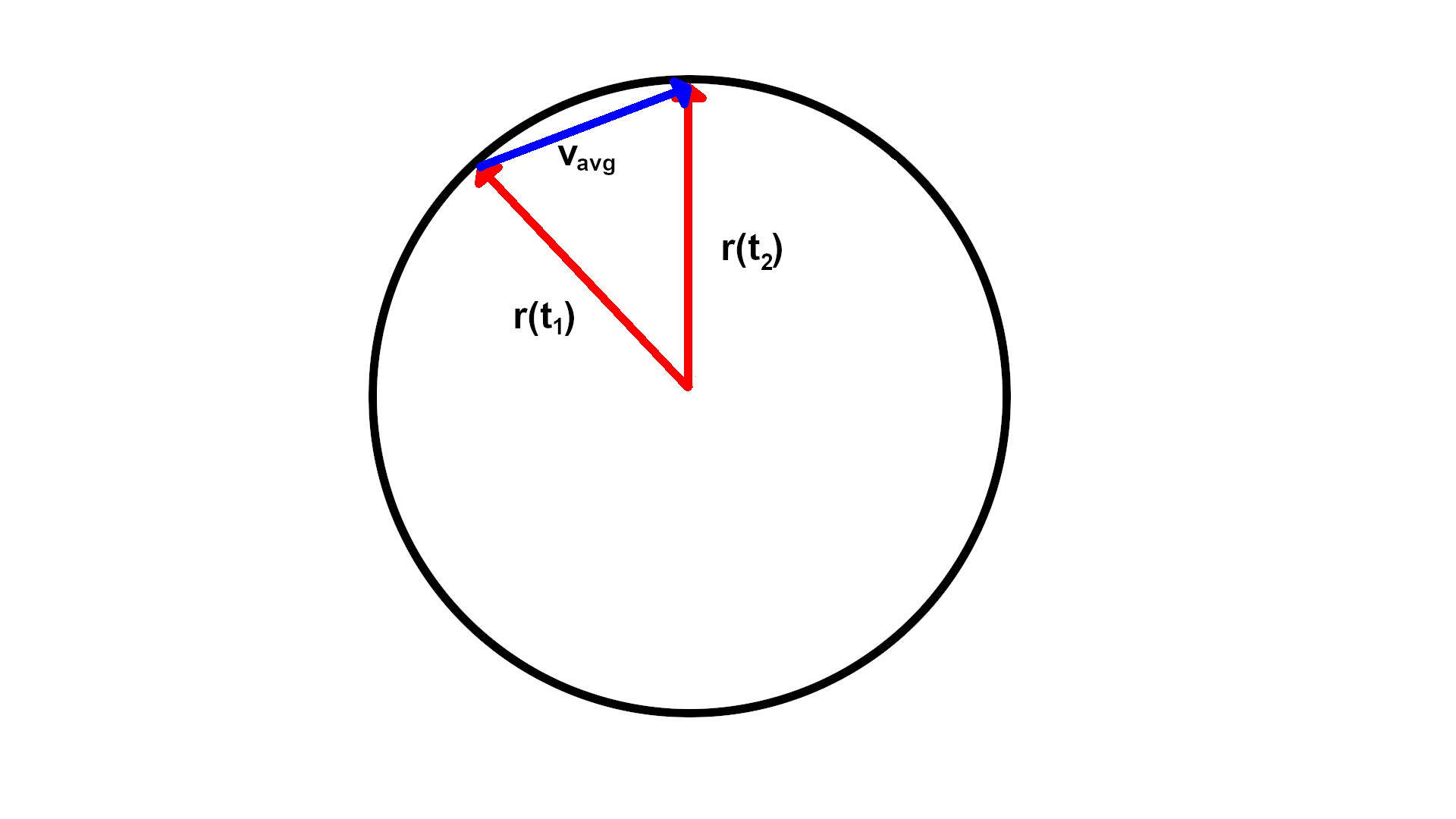 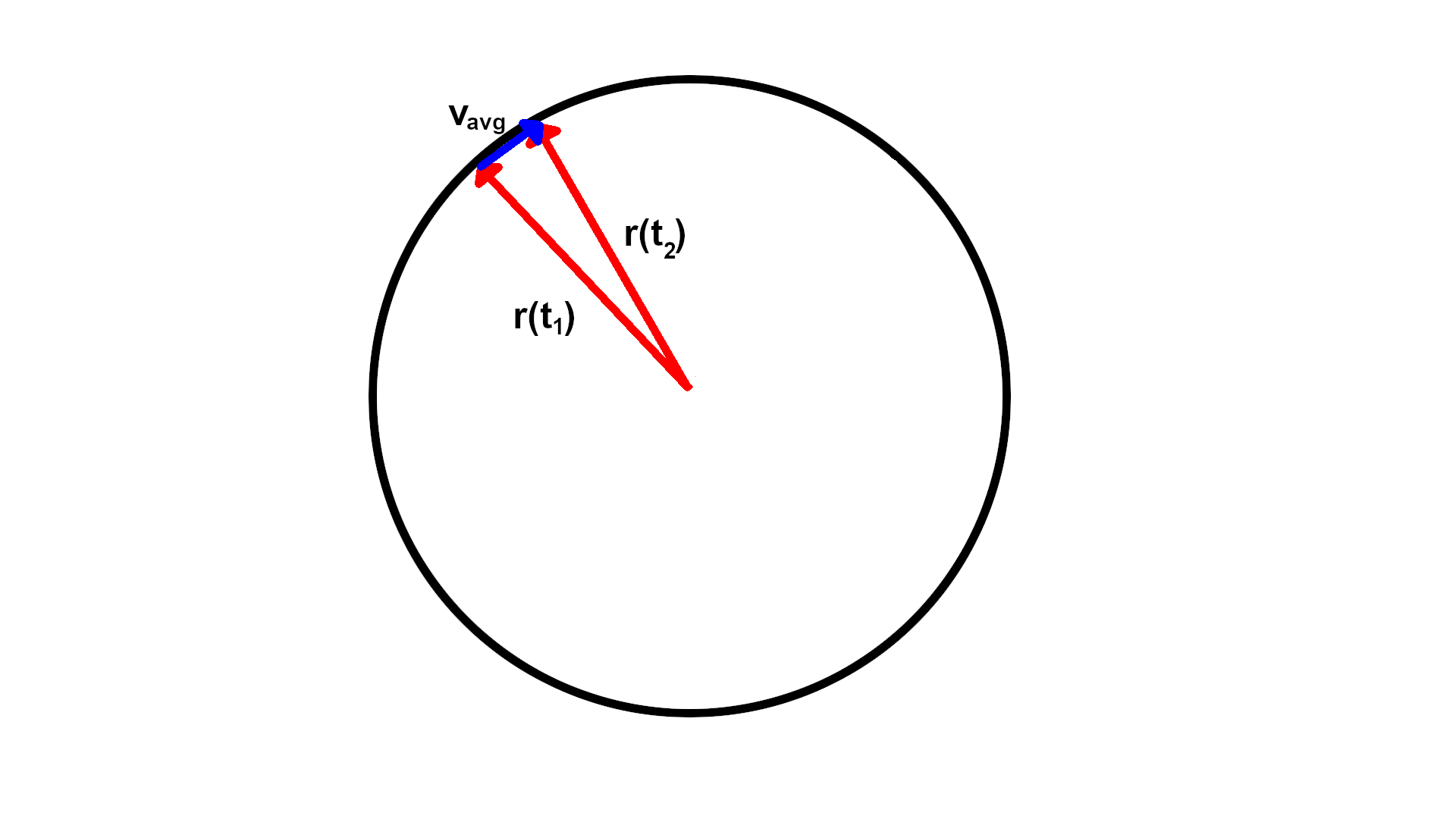 You can close your eyes and picture a vector in space with tail at the origin, and head moving... it changes magnitude when and only when the direction it's moving in isn't orthogonal to itself!

Perhaps extended comment... I just find the answer here to be short and sweet:

A vector of constant magnitude will be orthogonal to its derivative because:

for some $C$ independent of $t.$ Therefore, differentiating with respect to $t$ we obtain

Just to elaborate on the accepted answer.

Saying that, the tangent vector being the one which points the direction of movement of the radius vector of the curve at a particular point, when the magnitude is constant, the two vectors in question wont point in the same direction at all and thus the dot product $(\overrightarrow v(t), \overrightarrow {v'}(t))=0$. Now imagine how much the magnitude changes if the velocity vector points is in the same direction as the vector itself.

Not the answer you're looking for? Browse other questions tagged calculus derivatives vectors orthogonality or ask your own question.