What is the maximum area two non intersecting circles can cover if they are contained in a unit square?

What is the maximum area two non intersecting circles can cover if they are contained in a unit square?

I think that they cover the most area when in the following position: 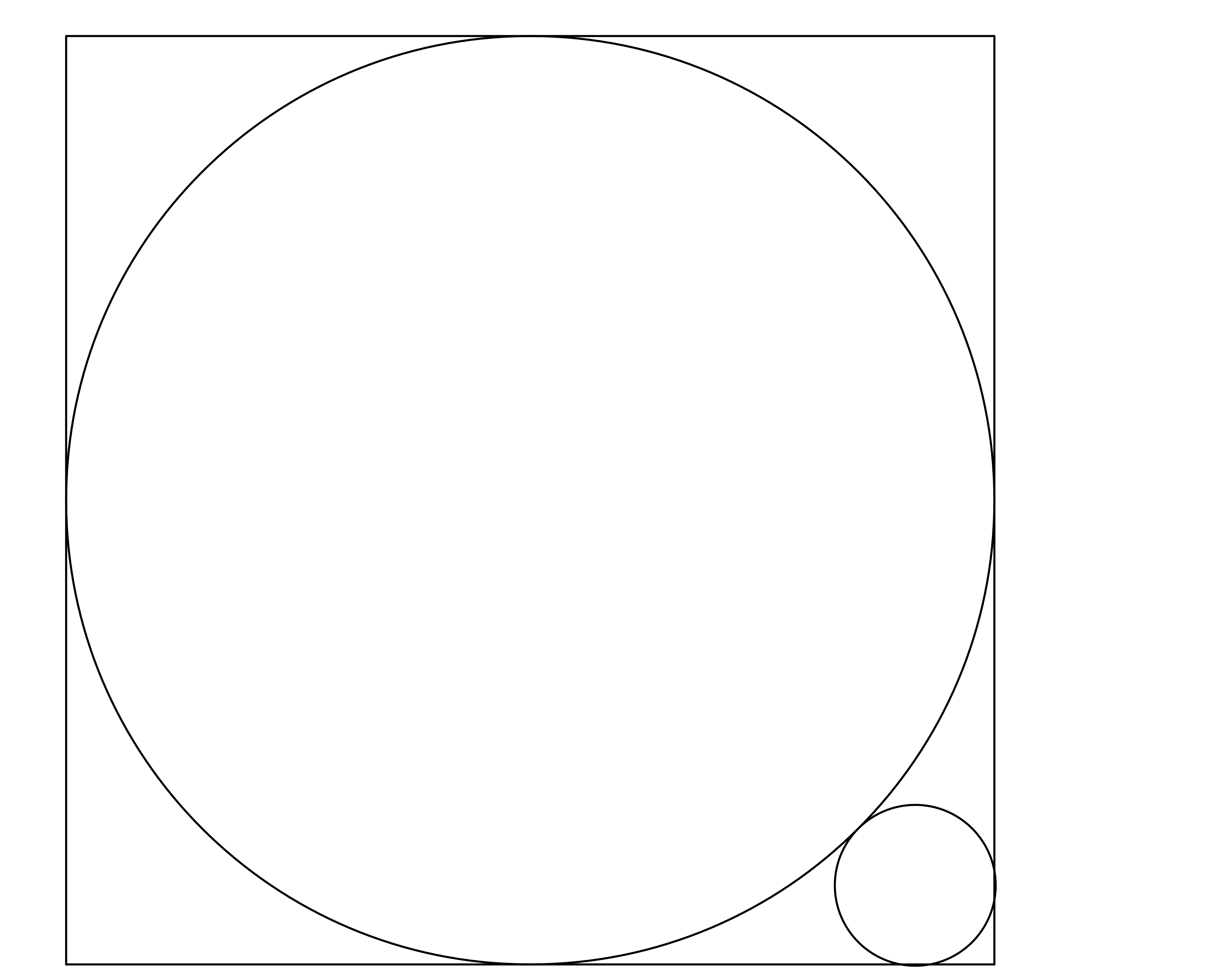 I have an Idea as to how to prove it is maximum. Prove the two vertices must be on the diagonal and then do some algebraic inequalities. But I'd like to see a clean-cut proof, because I have come across this type of problem before and I often write sloppy solutions for them.

One approach (broadly sketched) would be as follows.

First show that if a maximal area is covered, every side of the square must be touched be a circle. Prove this by contradiction: Assume there is a side not touched by a circle, let the circle center $C_1$ of radius $r_1$ be closer to that side than the circle center $C_2$, and construct a circle whose radius is larger than $r_1$ and that does not overlap either the circle at $C_2$ or any side of the square. (One construction is, take the line tangent to both circles where they touch; that line plus sides and/or partial sides of the square form a triangle, quadrilateral, or pentagon enclosing $C_1$; inscribe a circle in that polygon. Show in each case that the circle inscribed in the polygon has a radius greater than $r_1$.)

Next show that if a circle touches more than two sides, it touches all four (and you end up with the diagram you showed).

You can then easily show by contradiction that the circles must touch, so the entire configuration can be determined by the radius of one circle.

From there you can use algebra or calculus to find the radius that gives the maximum combined area of the circles.

Not the answer you're looking for? Browse other questions tagged geometry contest-math or ask your own question.

3
finding the maximum area of 2 circles
0
Two circles are tangent to each other, find the ratio of line that splits the area into $1:2$
0
Maximum area of $2$ circles in a square
2
Given two circles in space, how to compute their relative position
2
Optimal Area within two equal intersecting circles and its expectation
0
Formula for Overlapping Area of Two Intersecting Circles When Center of One Circle is on Circumference of Other Circle
2
Finding the area of the overlap of two quarter-circles in a square
1
Distance of centers of two unit circles with area of intersection $1/2$ area of one.
5
Maximum area of circles inscribed in sectors of the unit circle
1
If $S_1=0$ and $S_2=0$ represent two non intersecting circles, what does $S_1+\lambda S_2=0$ represent?