Background: This is a problem I first came across a few years ago in a calculus textbook (a James Stewart one), where it addressed some of the pitfalls of using graphing calculators. The original context addressed issues with the TI-83 calculator, but seeing as that most people use the vaunted TI-89 nowadays, I thought I would consider some issues with that one. My first few considerations proved to be simple to handle (and I will outline them below), but there is one that I have no idea how to address properly. I think it is sufficiently bizarre so as to call the challenge problem Moriarty's Enigma.

Elementary, my dear TI-89: First consider the graph of $y=\sin(161x)$, which is graphed below in dot mode on the window $0\leq x\leq 2\pi, -1.5\leq y\leq 1.5$ (this will be the window used in all examples so that my results will be reproducible by other users if desired): 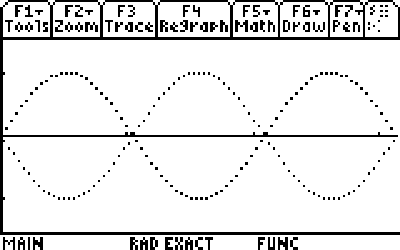 Now consider when the functions $y=\pm\sin(3x)$ are graphed simultaneously in square mode: 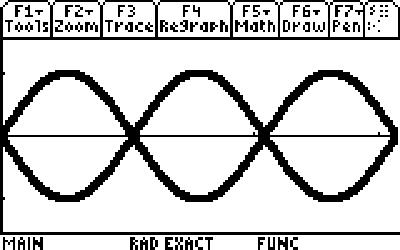 The same reasoning can be used to show that all of the $y$-values for $\sin(158x)$ are plotted as zero: 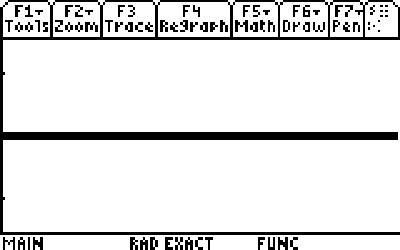 At this point, I was feeling confident about my ability to understand and detect graphing anomalies for trigonometric functions due to periodicity and the like, but the next function has thus far thwarted my analysis completely. 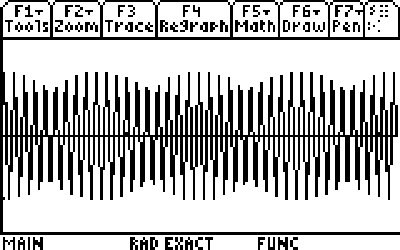 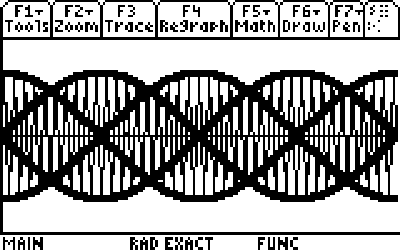 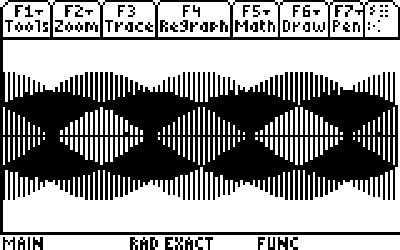 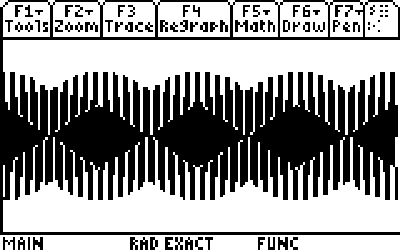 Not the answer you're looking for? Browse other questions tagged algebra-precalculus trigonometry recreational-mathematics graphing-functions or ask your own question.

1
Why doesn't the author straight up multiply the 15 by 2 in Chinese Remainder Theorem?