Proof of the extrinsic to intrinsic rotation transform

Is there a simple proof why this is so?

Assume that an intrinsic Euler angle can be represented as a product of three rotation matrices $$ R = Z^{\prime \prime}(\gamma) Y^{\prime}(\beta) X(\alpha). $$

The goal is to prove, there exists an extrinsic rotation sequence, s.t.

The statement is valid not only for rotations. According to relativity, there is no preferred frame of reference / coordinate system. Therefore, in kinematics, all (times and) positions and motions are relative. (Dynamics - with forces - is another matter).
Consider a two-dimensional example, as has been found in a book about Computer Graphics (to be precise: J.D. Foley, A. van Dam, Fundamentals of Interactive Computer Graphics, 1982). There are two frames of reference, one attached to the observer (world), one attached to an object (chair): 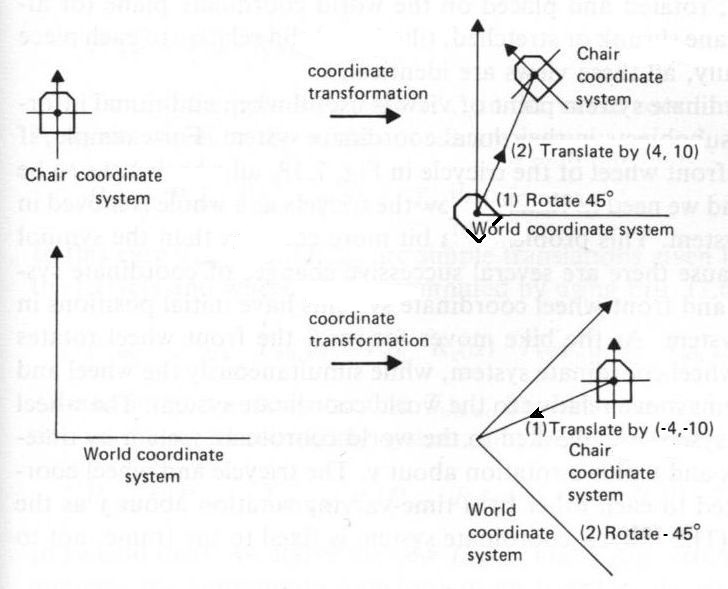 With a transformation of coordinates, the only thing that is important is the relative position of the object with respect ot the observer. This means that the end result of a coordinate transformation can be achieved in at least two ways. As is displayed in the example:

With this simple example, we can see immediately that the transformations are the inverse of each other: $\,R^{-1}T^{-1}= (TR)^{-1}$ .
Hope you get the idea. Generalizing this to three dimensions is expected to be a matter of filling in the (somewhat more involved) technicalities.

Update. Hmm, "not quite a proof". Then perhaps this.
Let the coordinate system of the object be called $O$ and the world coordinate system be called $W$. Both coordinate systems are coincident in the beginning.
The first step is to apply a transformation $R$ to $O$   (just as in the example, but in general now).
The second step is to make $W$ coincident again with $O$, which is done by applying the same transformation $R$ to $W$ as has been done in the first step with $O$.
Then effectively nothing has changed and we have the original configuration again: the product of step (1) and step (2) is the identity.
It is thus obvious that the first step could also have been accomplished by applying the inverse $R^{-1}$ transformation to $W$ instead of $O$.
Common properties of inverse operations like $(AB)^{-1}= B^{-1}A^{-1}$ are assumed throughout to be well known. This completes the proof.

Not the answer you're looking for? Browse other questions tagged rotations or ask your own question.

7
Examples of useful, insightful, and interesting hand-waving
0
Why does intrinsic euler angle rotation not equal extrinsic rotation?
0
Is there a problem with Goldstein, Poole & Safko's description of Euler Angles?

4
(Graphics Gems IV, Shoemake) From matrix to euler angles explanation
11
Extrinsic and intrinsic Euler angles to rotation matrix and back
0
Derive Euler angles derivative from angular velocity
3
Problem when reconstructing rotation from Euler angles
0
Calculating the rotation angles between two vectors.
4
Why do all eighteen of these rotations have the same angle of rotation?