Probability of woman receiving positive mammogram and having cancer

The probability that a randomly selected US woman will have breast cancer in their lifetime is 0.12. Women over 40 are advised to have regular mammograms because early detection of breast cancer means treatment can be started earlier and with higher expectations for survival. Mammograms are good, but not definitive in a cancer diagnosis. One way to express the precision of mammography is

If a woman receives a positive mammogram (that is, the radiologist advises meeting with an oncologist), what is the probability that she has breast cancer? That is, compute

I'm pretty sure the info at the beginning is irrelevant. I can't figure out what information I need to calculate. I've come up with 4 numbers, and I think I need to multiply 2 of them to get my answer:

The information at the beginning is not irrelevant.

Suppose there are 1 million women tested.

What proportion of those with a positive test might have cancer? 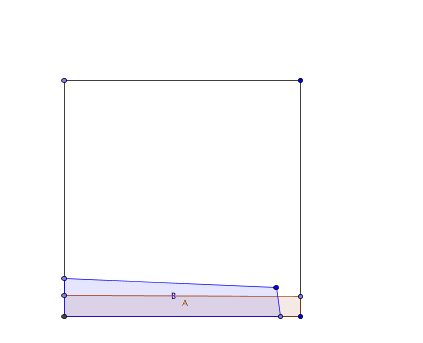 The probability that a randomly selected US woman will have breast cancer in their lifetime is 0.12

This first statement is to give us an estimate of the baseline cancer rate. The wording "randomly selected US woman" is intended to imply that if we repeated this process an infinite number of times (i.e., sampling with replacement), 12% of our encountered subjects would experience cancer at some point in their lives.

Next we are given information about testing accuracy:

With this information we can start to solve the quantity of interest, the probability of cancer given a positive diagnosis (i.e., $P(C|+)$), which can be solved using Bayes' theorem as

Note: where this question is poorly worded is that we don't know the instantaneous probability that a subject has cancer, we are only given the lifetime risk. For the hypothetical patient it will be lower than 0.12 as you develop cancer at some point in your life, you do not have cancer over the duration of your life (or necessarily the ages in which you would be exposed to testing), therefore all we can really say is that $P(C) < 0.12$. We can however visualize the diagnosis rages changes for different baseline rates. 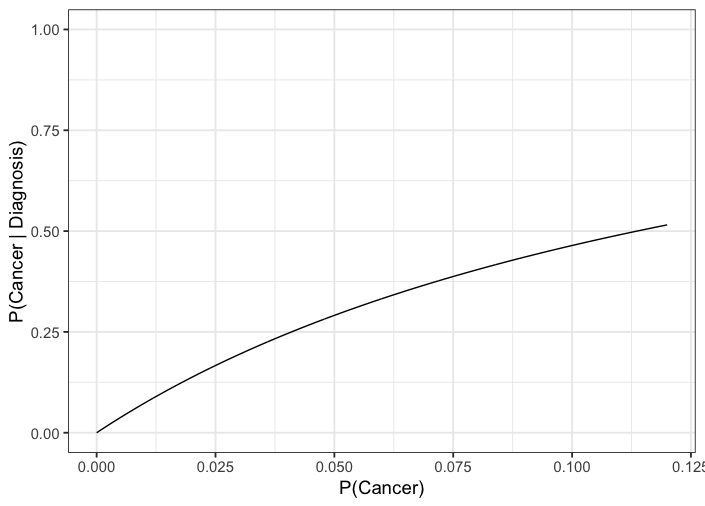