What is the line of greatest slope on a plane?

Let $P$ be a plane in $\mathbb{R}^3$ that is inclined (neither horizontal nor vertical).

When considering lines lying on $P$, it is sometimes said "$L$ is a line of greatest slope of $P$".

What is the meaning of the term "line of greatest slope"? 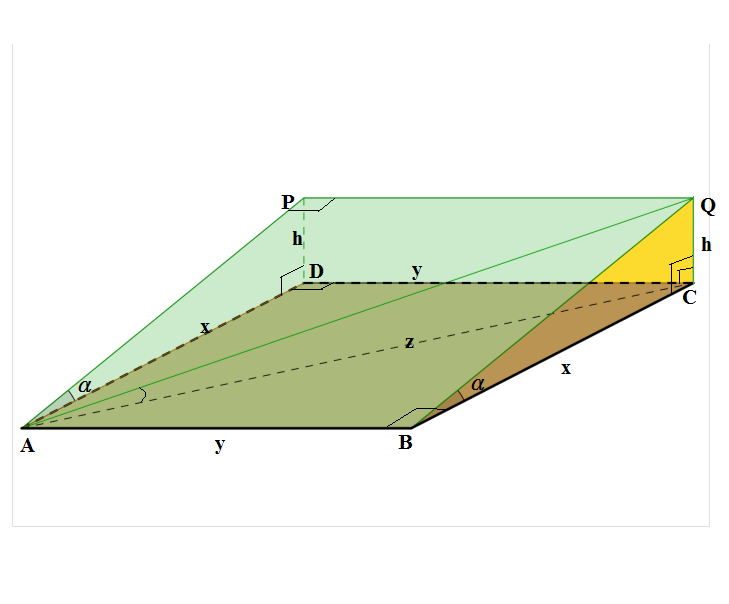 The diagram is a 3-D representation of a hill with:-

[Hope that I need not explain why those angles marked as right-angled are actually right angles.]

But which line has the greatest slope? To explain it, we need :-

(1) "the line of intersection of two planes"

(2) “the angle between two planes M and N, say” … Four conditions must be satisfied:-

(I) One of the two lines forming the angle is from plane M and the other from plane N.

(II) Each of these two lines must be perpendicular to “the “line of intersection of plane M and N”.

(III) These two lines must meet at the same point X, say.

$\alpha$ happens to the one meeting all of the above requirements.

$AP$ is then the line of greatest slope because it has the properties of (i) a line on the slope and (ii) the angle it inclined to the horizontal plane is the greatest (than any other lines like $AQ$, as proved above).

Sometimes when the slope is so steep that ordinary vehicles cannot go from the bottom (point A) to the top (point P’) directly along the line of the greatest slope (APP’), we have to built Zigzag-type roads (from A to Q and then Q to P’) for them. 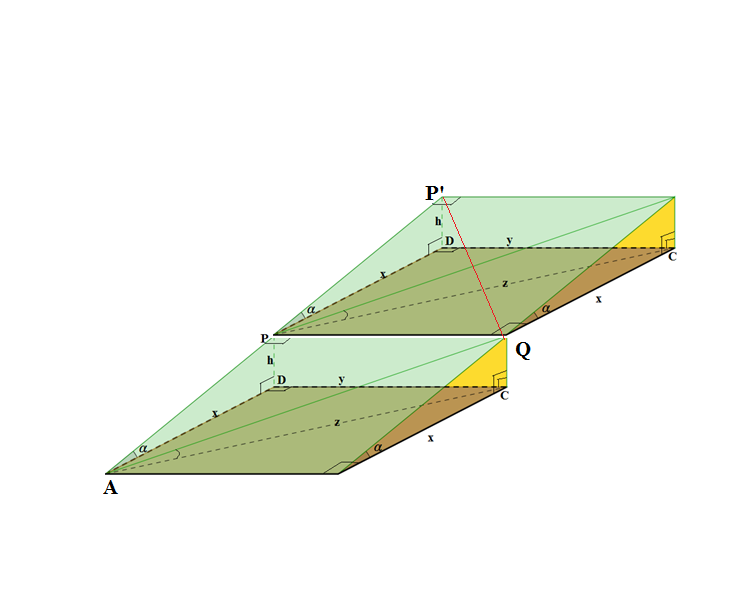 If you intersect the given plane with a vertical plane, you get a line with some slope. When you rotate the vertical plane around the Z axis, that slope goes alternating between a minimum and a maximum.

Let $\color{green}{(N_x, N_y, N_z)}$ be the normal to the given plane and $\color{blue}{(\cos(\theta),\sin(\theta),0)}$ a vector in the direction of the trace of the vertical plane. Then the sine of the slope angle is given by the dot product 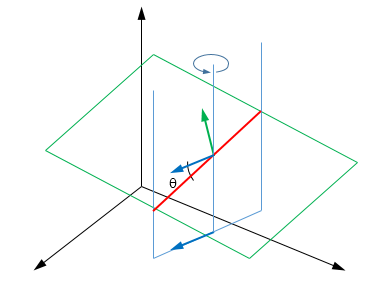 Not the answer you're looking for? Browse other questions tagged geometry terminology vectors 3d or ask your own question.

0
(Can we) Determine the slope of the line from single points from parallel lines?
0
Line of greatest slope
0
Angles of lines in space geometry
2
What is the slope of the line tangent to the surface at that point $(2,-1)$ lying in the plane $y=-1$?
1
Maximum and minimum number of regions a line can pass in $xyz$ plane
0
Ladder on smooth inclined plane
3
What's the standard term for a (connected?) plane set whose intersection with any horizontal line is either empty or an interval?