The cartesian coordinate in 3D is given as: 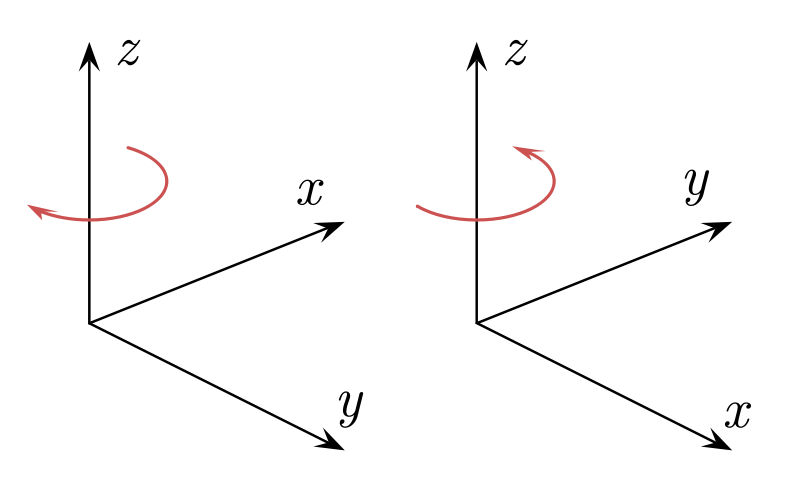 Are we allowed to make our own coordinate system (switching axes around).

The question is can we change the axes around? ** Like: **LOOKING AT THE FIRST ONE:

Also in 2D for example: 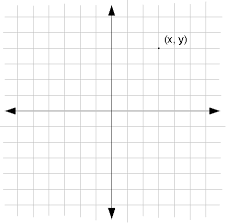 Can the $y$-axis be replaced with the $x$-axis? If so then suppose we must graph:

The orientation of the axes is conventional. If you just say $x,$ $y,$ and $z$ with no indication that you might be switching things around, then people will generally assume something like your figure on the right, where the axes are arranged according to the right-hand rule. But a left-hand-rule set of axes is perfectly OK if you say you are using a left-hand rule (or sometimes even when you don't say so, for example if you say the axes can be any orthogonal set).

Likewise it is conventional for a Cartesian plane to have $x$ and $y$ coordinates, for the $y$ axis to be plotted vertically, and to plot functions in the form $y=f(x)$. But you can plot $x=g(y),$ you can label the axes $x$ and $z$ or $x$ and $t$ or even $u$ and $v$, you can put the $x$ axis vertical, and so forth. You will just have to be more careful to be sure that people understand which coordinate system you are using and how you are using it. (It may help if there is a reason why you are doing in that way, too.)

If you take something like $y=f(x),$ which you know how to plot in the conventionally-labeled Cartesian plane, and do something unusual such as swapping the $x$ and $y$ axes, you end up with a graph that looks something like what you had before, but maybe flipped and/or rotated (and for more complex changes of coordinates, for example non-orthogonal ones, maybe stretched and/or skewed).

In particular, the graph of $y=f(x)$ plotted on a graph with $x$ and $y$ axes swapped will look just like the normal graph if you rotate the paper so the $y$ axis is vertical again and look at it in a mirror.

A real-life example of different uses of coordinates occurs in aeronautical engineering, where it is common to attach body-centric $x$, $y$, and $z$ coordinates to an aircraft with the $z$ coordinate pointing down. This can be confusing if you have not seen it before, but in that particular application it is common enough to be its own convention.

Quick answer: first draw you system of coordinates, giving a name to each axis. Then plot according to those names. You can call $y$-axis the horizontal one, and then the visualization of the equation $y=x^2$ will be a parabola with a horizontal symmetry axis. Just be coherent, after you draw axes.

1
The graph of a function $y(x)$ is a straight line in a regular coordinate system if and only if $y(x) = ax + b$?
3
Intuitive Explanation For Why Dependent Equations Contain No Added Information?
0
Write an equation of a linear relation representing this scenario.
0
Relation, Function and Equation… Cartesian Plane and Graph
2
Spivak's treatement of Conic Sections
0
which of the following statements is not true for any such function?
2
Identifying the quadrant in which the parabola lies (or finding the vertex of parabola)
1
How to describe the transformation $\sin(3x)$ to $\sin(3x+\frac{7\pi}{4})$
3
Spivaks Calculus. Conics Section. Change of coordinates system
3
How can you show that a tilted parabola is not the graph of a function?