I have a question to the proof of the statement above (from the book J. Gallian, Contemporary abstract algebra), it is about the index theorem, so I give first the theorem 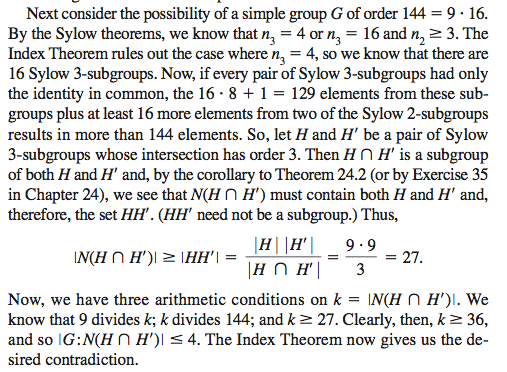 Not the answer you're looking for? Browse other questions tagged finite-groups simple-groups or ask your own question.