Minimise the Sum of the Areas of the Circumcircles

In a triangle $ABC$, point $X$ is picked on $BC$ such that the sum of the areas of the circumcircles of $ABX$ and $ACX$ is minimised. Describe where $X$ would be located on $BC$, and prove that this choice of $X$ is optimal.

I would assume the point chosen would be a special point: midpoint, foot of altitude/angle bisector, etc., but don't know where to begin on a problem like this.

This is not an answer but a query instead. It is too large to be stated in the comment.

First of all, I totally agree with @abel’s deduction.

However, when I tried to play with it using Geogebra, I have the following finding:- 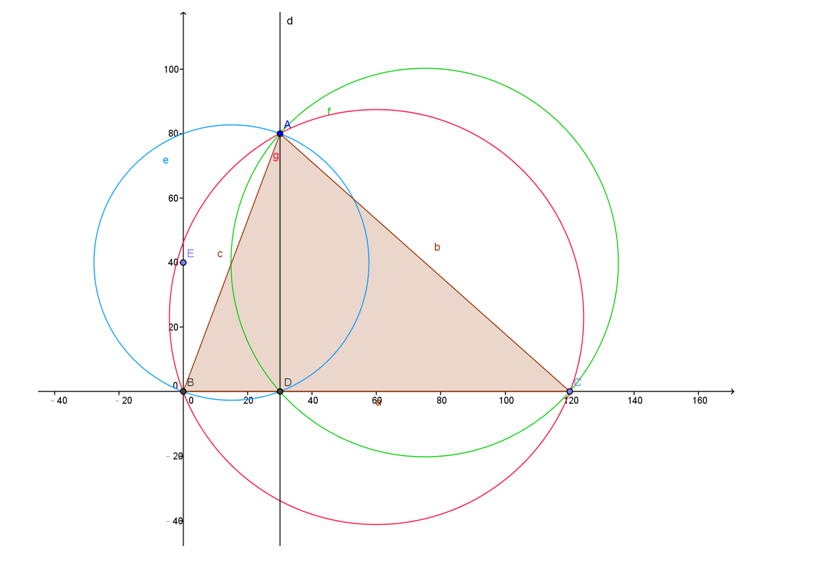 This means the area of the single circle is less than the suggested minimal sum.

1
Two constructed triangles with common vertex have tangent circumcircles at this vertex.
20
What is the flaw in this proof that all triangles are isosceles?
3
Orthocentre, circumcentre, midpoint of a side and foot of altitude form a rectangle
0
Find the value of $MF^2$ with the given information
1
prove that the three points are collinear
2
Right triangle geometry problem
4
How to get the measure?
8
Prove that the tangent of $(ABC)$ at point $F$ passes through the midpoint of $KJ$.